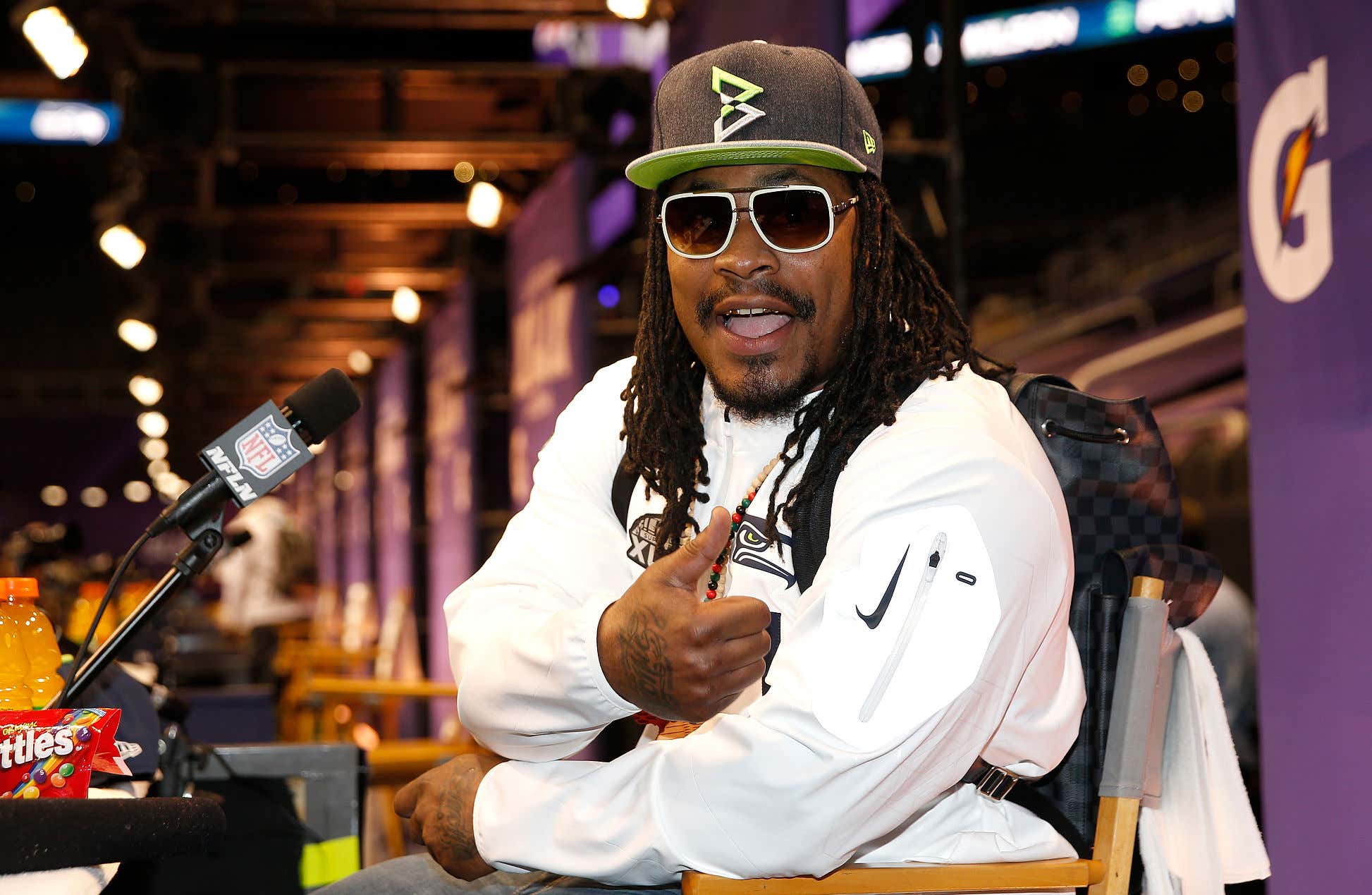 NY Post- Amazon Prime Video has targeted Marshawn Lynch as a feature reporter/analyst for its exclusive Thursday Night Football package that begins next season, The Post has learned. Amazon envisions Lynch potential being part of a more relaxed studio-type show, as well as conducting interviews, according to sources. Lynch, 36, could possibly do reports about the city the games are taking place in, utilizing his sense of humor.

In creating its new broadcast, Amazon is trying to start with credibility, while infusing its presentation with some new aspects. It has had extensive negotiations with legendary NBC play-by-player Al Michaels to lead its main broadcast. Michaels’ deal is not yet signed, but talks are advanced. Amazon is also bringing in NBC Sunday Night Football executive producer, Fred Gaudelli, to oversee its game presentation.

As The Post reported months ago, the leading candidates to be Michaels’ partner are Troy Aikman, Drew Brees, Cris Collinsworth and a mystery candidate, meaning a high profile former coach or player that becomes interested. Amazon will have other streams, as well, similar to how ESPN has alternative presentations, like the Manningcast.

Yes please and thank you, Mr. Bezos! We already knew Marshawn Lynch was the most electrifying man in sports entertainment during his playing days.

As well as during retirement.

However, we got a sneak peak of how good he could be on an NFL broadcast during the Manningcast earlier this season and no surprise he crushed his debut like it was the Saints trying to stop him during the 2010 Wild Card Game.

Watching two teams trying to do whatever they can to get their under-rested, banged up bodies attempt to trudge through a Thursday Night Football game won't be such a chore with Marshawn sprinkling in his pearls of wisdom without a care in the world about censors. Yes, I am saying this because if the games are on Amazon they better adhere to the Wild West rules of the internet since the only people who will complain will be on Amazon.com without a clue in the world how to actually watch the game.

Which is why I politely ask Mr. Bezos not to fuck this up. Give Marshawn the bag along with Al Michaels, throw in a few more mystery candidates for who his partner may be because who doesn't love mystery candidates, and give us the greatest Thursday Night Football upgrade we've had since the Color Rush was invented (Also the NFL scheduling games between rested teams once bye weeks start is such a smart idea, I have no doubt Roger Goodell isn't even thinking of it right now).