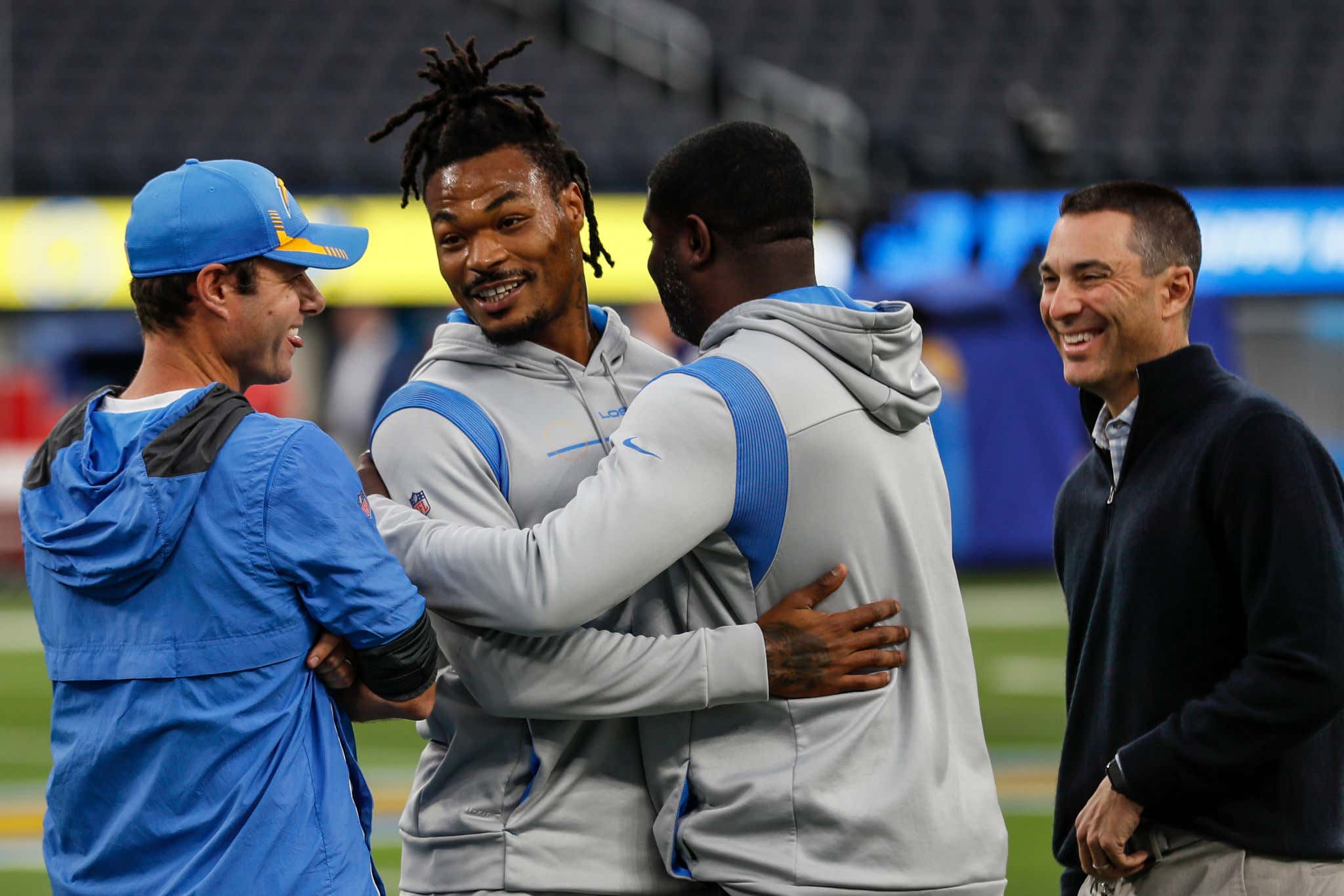 Yesterday sucked. The Chargers shot themselves in the foot at every stage, and their biggest weakness(run defense) is what ended up killing them off. As bad as that single game was, I'm still a realist. This Charger team was just never going to win a Super Bowl. The defense isn't strong enough to stop a playoff caliber offense and I understand that. Instead of dwelling on the game, I'm going to instead look forward to the future. Staley has an offseason to get better personnel to fit his scheme and Telesco has a SHIT TON of cap to make it happen. Here is my dumb, fan brain approach to this offseason.

- The defense had no answers to the run this year and they need stronger players on the defensive line. The answer might be through free agency with a guy like Akeem Hicks, or maybe through the draft with someone like Jordan Davis.

- They need better cornerbacks. Chris Harris Jr. and Tevaughn Campbell have both been liabilities all year long and brought down what could have been one of the better pass defenses in the league. The problem is that I cant find one elite-level UFA with that isn't for sure going to get tagged like J.C. Jackson.

- They need a fast WR. Somebody to take the spot of Ty Johnson and consistently get separation more than 10 yards downfield. Keenan and Mike Williams are great at what they do, but neither of them are that guy. This is a hard position to buy since they're going to likely tag Williams.

- They need to dump K9. He has such a great LB build but he is just god damn braindead. He ranked 72/74 in LB pass rush productivity, and 57/72 in rush win rate. He can't cover, he can't diagnose plays. He is a net negative every time he is on the field and it's time to move on. This is an easier position to address through FA, and I think Dont'a Hightower would be a great choice. He'd be a great player not just to make the team better but to teach the younger LB core.

- I know that Renaldo Hill has a connection to Staley, but this year has just been real rough for him. With Staley's former mentor Vic Fangio out there looking for a home, I would love for them to be reunited.

- My biggest question mark is Telesco.

He's drafted a generationally good players in Herbert, Bosa and Derwin. He drafted the best WR in Chargers history in Keenan. He drafted one of the best LTs in the NFL this year in Rashawn! He made some solid signings in his tenure like Casey Heyward, Corey Linsley, Matt Feiler and more.

Is he a success? I guess it depends on how you look at it. If you look at his job as strictly to win super bowls then obviously he is not a success. I view his responsibility is to put the team in the best position to win. He is a mixed bag in that department as far as I am concerned. He's on his third coach and I'm not sure if his good choices outweigh all the bad.

Current Chargers that are going into free agency