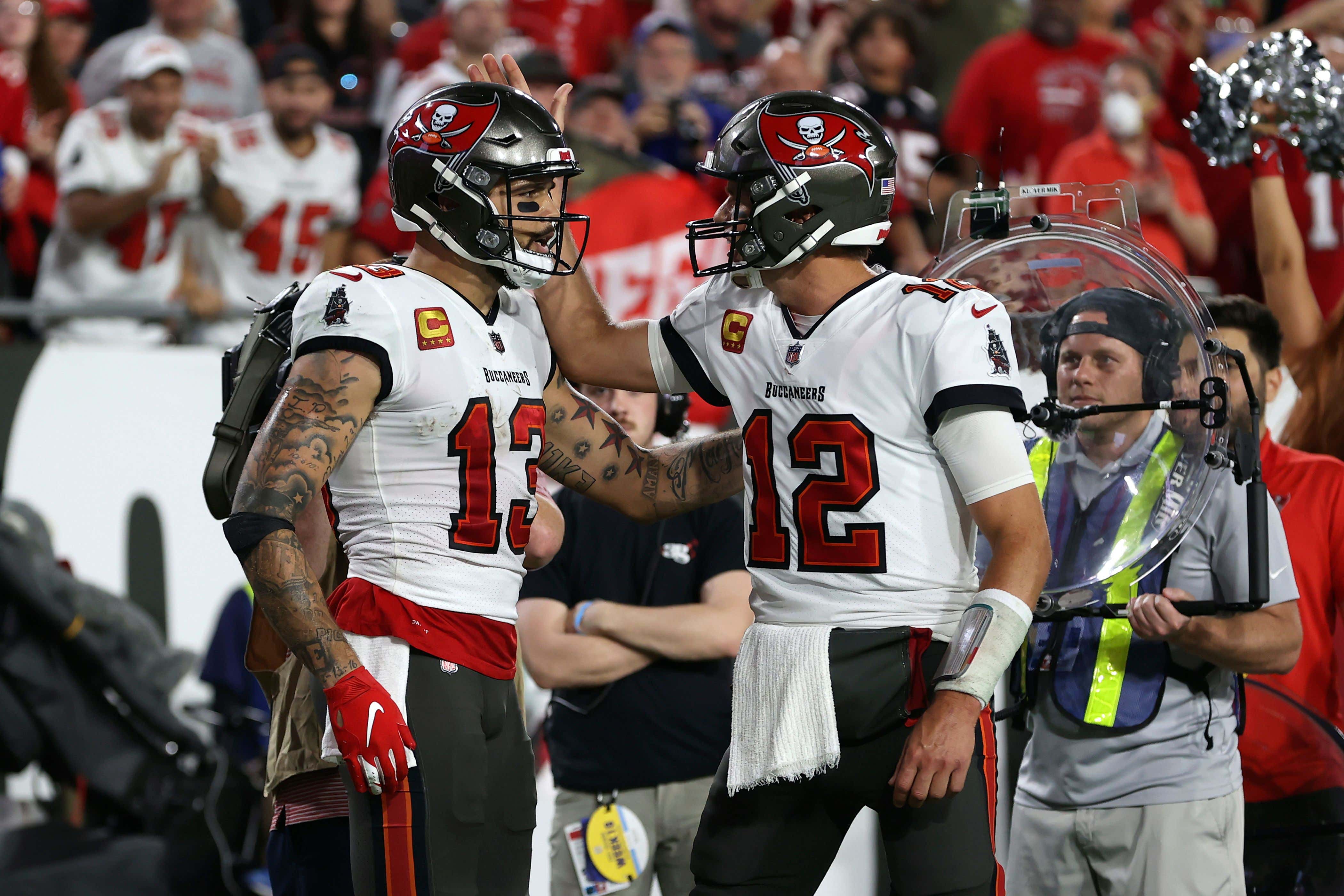 The Bucs started their game vs. the Panthers very flat. They got down 7-0 and looked sluggish on Defense as guys like Ameer Abdullah and Chubba Hubbard who may be best known for Trysta Krick butchering his name on The Dozen run wild. But they stood up and got a huge stop on 4th & half a yard from the 1. You can't give Tom Brady more chances and the Bucs drove the ball down the field in a two minute drill that was absolutely beautiful highlighted by an incredible throw and catch with Breshad Perriman.

A few plays later, Le'Veon Bell put it in the paint (shoutout to me for calling a Lev Bell TD in my preview article) and the Bucs took a 10-7 lead.

It was time to take care of some incentives in the 2nd half as the beatdown continued. Mike Evans extended his record of 1,000 yard seasons to begin a career with eight today and in the process, nailed down my Lock of the Year season long prop.

Evans also got two touchdowns which gave him the Bucs single season record for TDs.

Gronk also needed 7 catches and 85 yards going into the game to earn $1M of incentives and his guy Tommy made sure he did that.

And while the Bucs took care of business with the blowout of the Panthers, the 49ers began to creep back from a 17-3 deficit at halftime and actually pulled even with the Rams. This was significant as if the 49ers won, they could move up to the #2 seed. There is a huge difference between the #2 & #3 seed because if both the #2 and #3 seeds win, the #2 seed will be at home in the Divisional Round. After a late Rams TD by MVP candidate Cooper Kupp, the 49ers tied it in the final minute to go into OT. After winning the coin toss and a clock killing drive which ended in a FG, Matthew Stafford threw an INT to seal the win for the 49ers. ESPN Bucs Beat Writer Jenna Laine got a cool reaction video from those that stayed at Raymond James Stadium reacting to the INT.

The playoff schedule has been released and the Bucs we've got the Sunday slate against the Bird Gang.

Now the last time the Bucs and Eagles played, I found out one of our resident Eagles fans, Smitty had zero conceptual understanding of Football Analytics.

Thank God Smitty is a dummy who doesn't even know what he's watching. The Eagles were 5/6 on 2 point conversions this year, good for 5th best percentage in the NFL. 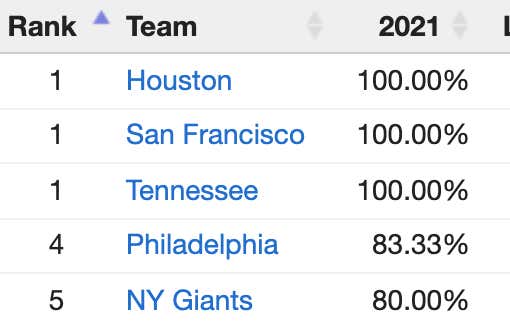 Looking forward to Sunday already. Enjoy your Week Eagles fans. * It will be your last. Yes, I mean you, Smitty, Rone, Fran, Kate, All Biz, Gillie, Wallo, John Kelly, Booze, Taylor, Tony from Finance, EVERYBODY.