I guess one of the products of having Saturday NFL games during the last week of the season is that a team can move Black Monday to Black Sunday to tip off the "And Here We Go" Joker gifs for the flurry of pink slips about to pop up around the NFL. That's exactly what the Broncos just did by firing Vic Fangio with the always sad double helmet picture. I personally went with one of the pictures where it looks like the coach was actually just told he was fired by the GM over the headset. 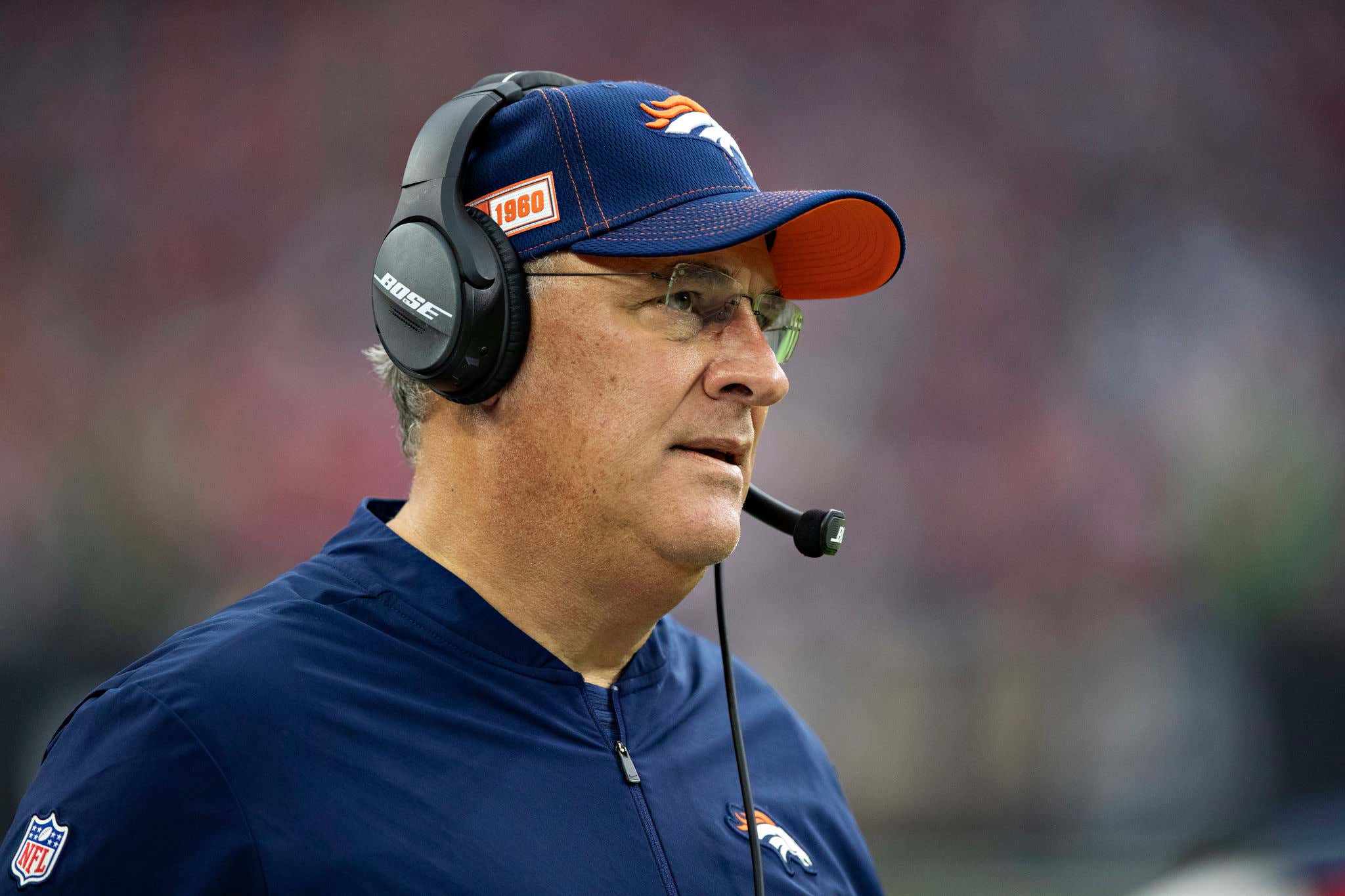 I don't follow the Broncos too closely outside of trying to figure out what their deal is before betting them or drafting one of their players for fantasy. But based on everything I saw, Fangio seemed like a really good defensive coach that came up short on the offensive side of the ball. Was that because of his style of coaching, the coordinators he hired, or the three QB1s he had in Denver during his time were Drew Lock, Teddy Bridgewater, and Joe Flacco? Excuse me for a second…

You can also ask yourself if Fangio had went for it on 4th Down with the Broncos down 7 vs. the Chiefs last night and converted it instead of kicking a field goal last night then watching Patrick Mahomes put the Broncos to sleep, would that have changed his fate? Again, there are more questions than answers during this time of the year but there is no doubt the Brocnos let go of an all-time Football Guy just now.

I think we can all agree that Fangio won't be without a job for long if he wants to coach next year since he is an awesome defensive coordinator. In fact, we already have Bears fans dreaming of Vic's return to Chicago even though this pairing may just as easily happen in Las Vegas.

Gonna be a wild next 24-48 hours. So buckle up folks, turn on your Schefty/Rapsheet alert notifications, and most importantly don't fall for any fake reports because this is prime time for troll accounts on Twitter.