(For the dick lords calling me a liar for being a whopping .500 this year, and asking why it's 86 games instead of 85 (5/week) it's because in Week 10 I selected an extra sixth game because the week before I went 1-4. And I liked the board.

Here are the five I can feel in my plums this week.

The Jets have the NFL's worst defense, ranking last in both total yards and points. They give up just under 30 points per game, while Buffalo's offense is third in scoring at 28.5. QB Josh Allen threw for 366 yards when Buffalo smoked New York 45-17 in the teams' Week 10 matchup. Now the Bills are playing to clinch the AFC East title, at home, in front of their playoff-frenzied fan base. 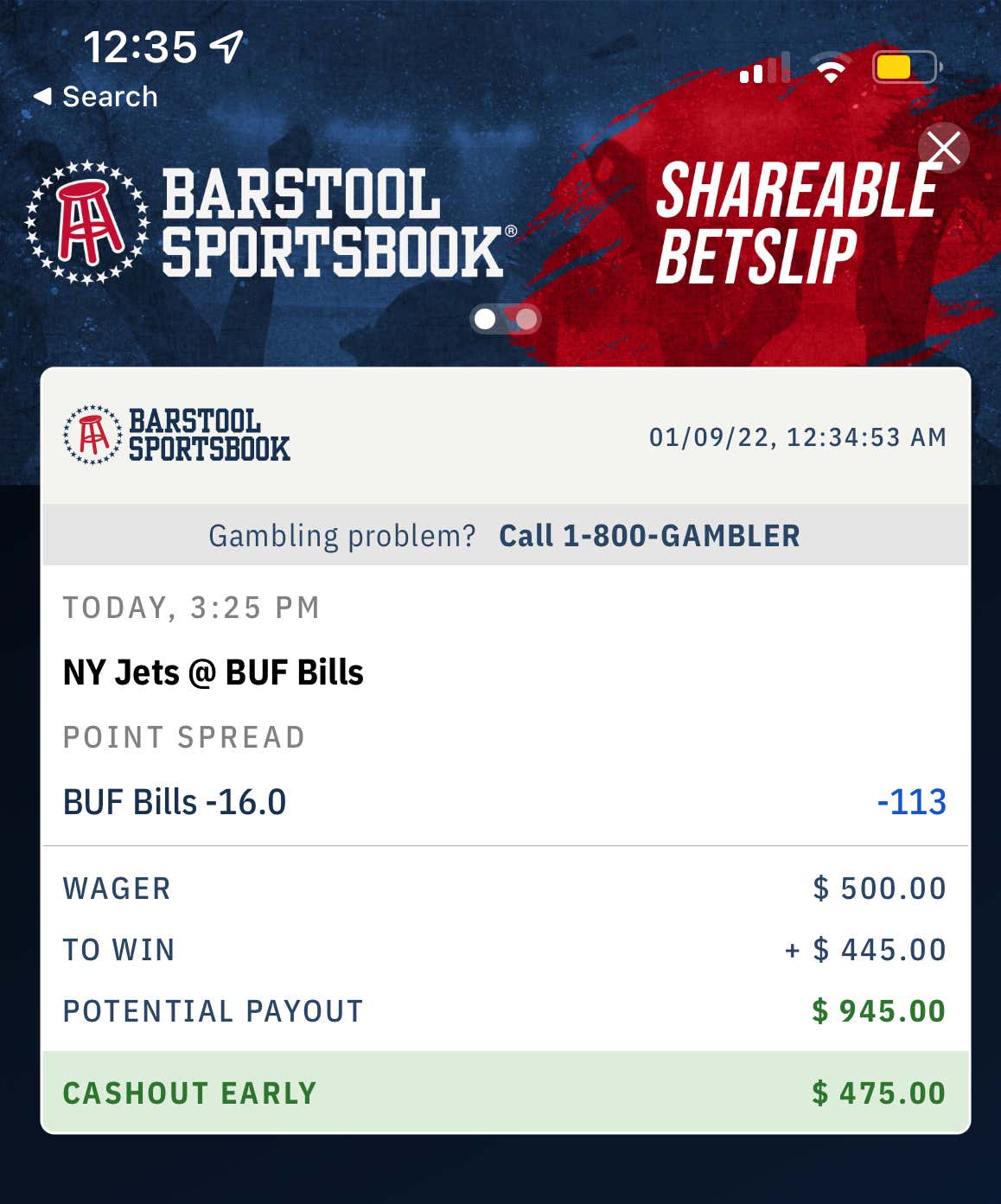 L.A. has averaged nearly 34 ppg the past five weeks, more than double the Raiders’ 16 ppg during that span. The Chargers’ boon can be traced to the ground attack, which has produced 134 ypg over the last month. They rang up a hefty 168 against Las Vegas in Week 4. Forget home-field edge. Through 17 weeks, home teams are just nine games above .500 straight-up.

The Raiders' three-game win streak is a bit fraudulent. They beat a depleted Browns team, the Drew Lock-led Broncos, and a Colts team with key players, including Carson Wentz, who had just returned from COVID.

The Chargers beat the Raiders in the first meeting this season, 28-13.

Justin Herbert posted a 107.6 passer rating while throwing three TDs and no picks. Darren Waller, Josh Jacobs and Casey Hayward, the Raiders' top defensive back, all are questionable for tonight. If Hayward (ankle) can't go or is hampered, this secondary has no chance of slowing down the NFL's most efficient passing offense over the last two months. 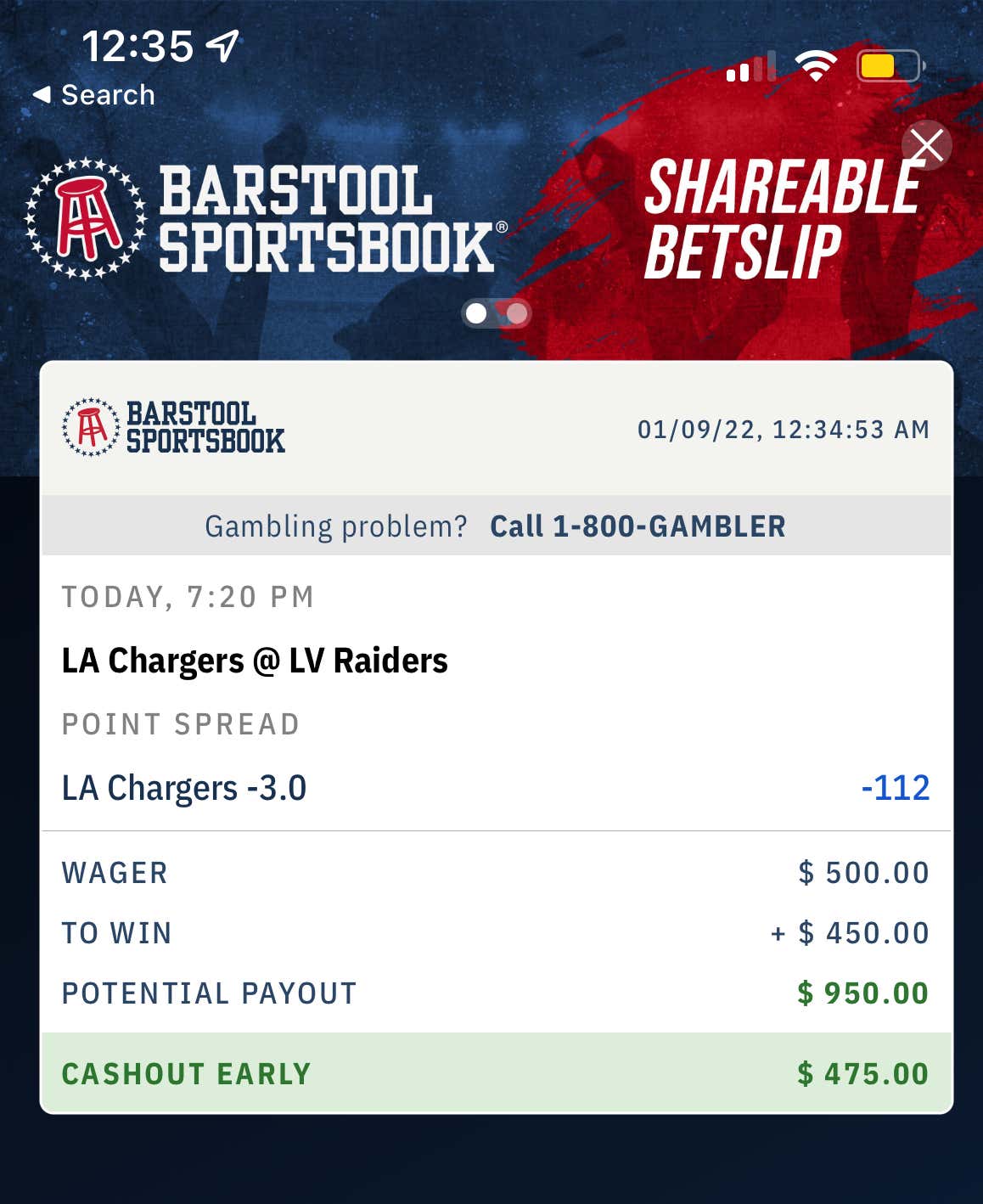 The Rams haven’t beat the Niners in 3 years! That’s 5 straight losses to their division rivals. The reason?

San Francisco is built to ground and pound the ball, and Los Angeles is not built to stop it.

The 49ers' quarterback situation is not ideal, with San Fran leaning towards starting Pretty Jimmy, but don't be surprised to see Trey Lance finish this one out. Either way I think San Fran is playing for their playoff life and will show up looking like it today. 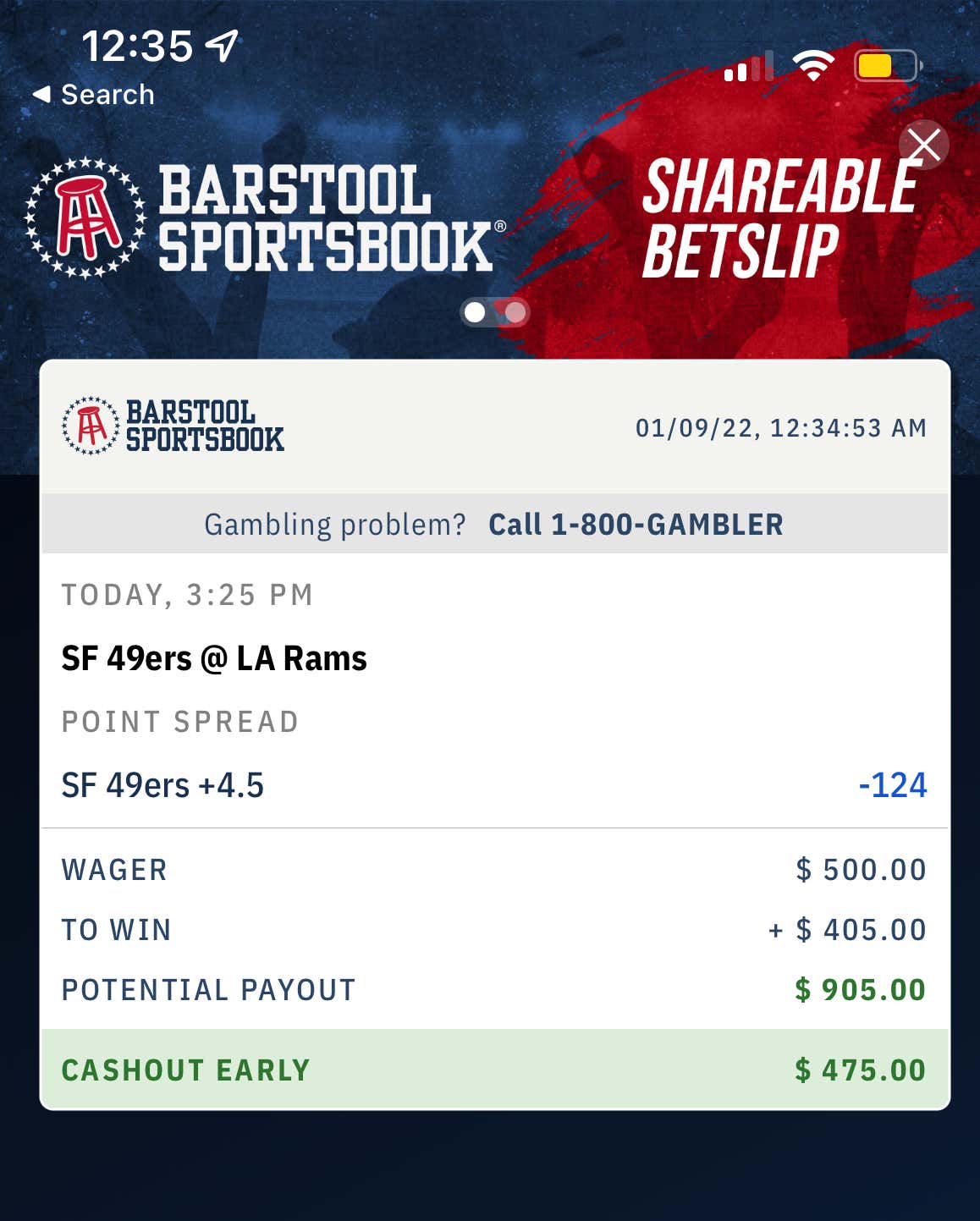 The Colts (at 9-7), need to win not only for their playoff berth but also because a loss would create mathematical chaos for other wild-card hopefuls.

Carson Wentz looked wobbly in his fast-track return from the Covid-19 list last week, throwing for only 148 yards and completing less than 50 percent of his passes in a loss to the Raiders.

Jacksonville’s defense, which allowed the Patriots to throw for 290 yards and three scores last week, should allow him to rebound easily.

Having Jonathan Taylor, the league’s rushing leader, helps keep the chains moving and clock running too. 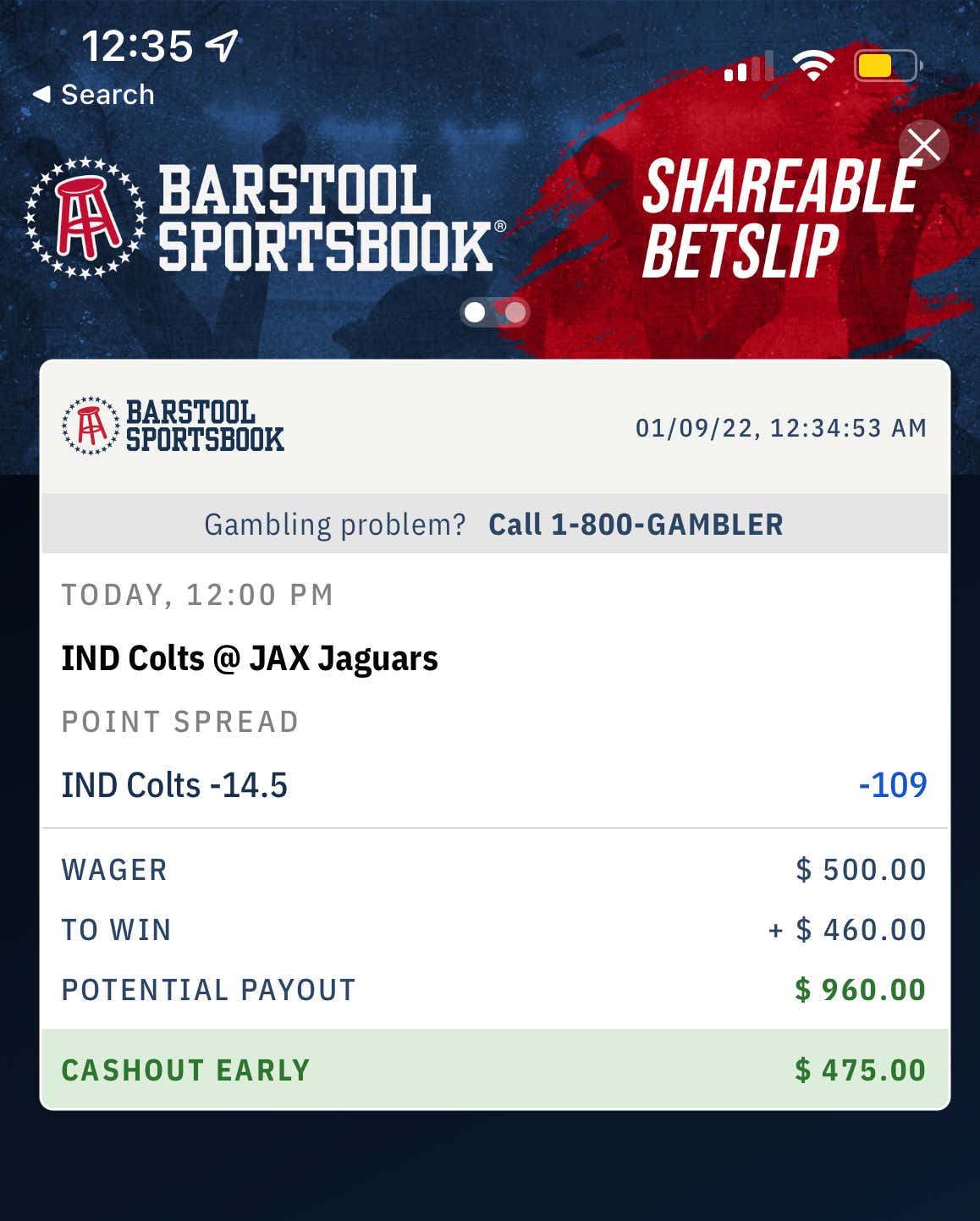 Packers coach Matt LaFleur says his starters will play today. The Packers (13-3), having already secured the N.F.C.’s top seed and a first-round playoff bye, will rest their starters most likely in the 4th, resulting in the low spread against the otherwise outmatched Lions (2-13-1). But I still like Green Bay to get the job done before heading into their 1st round bye. 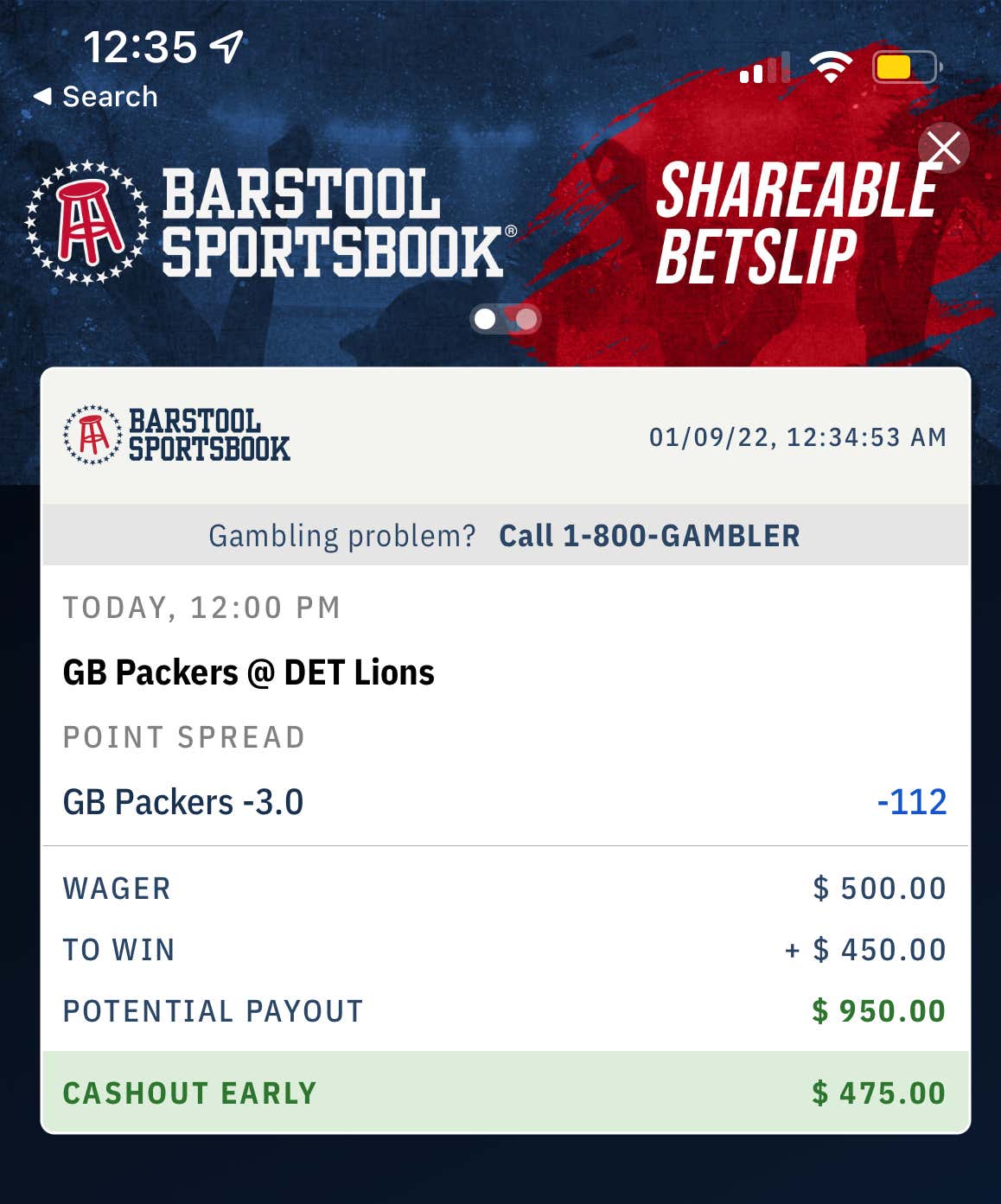