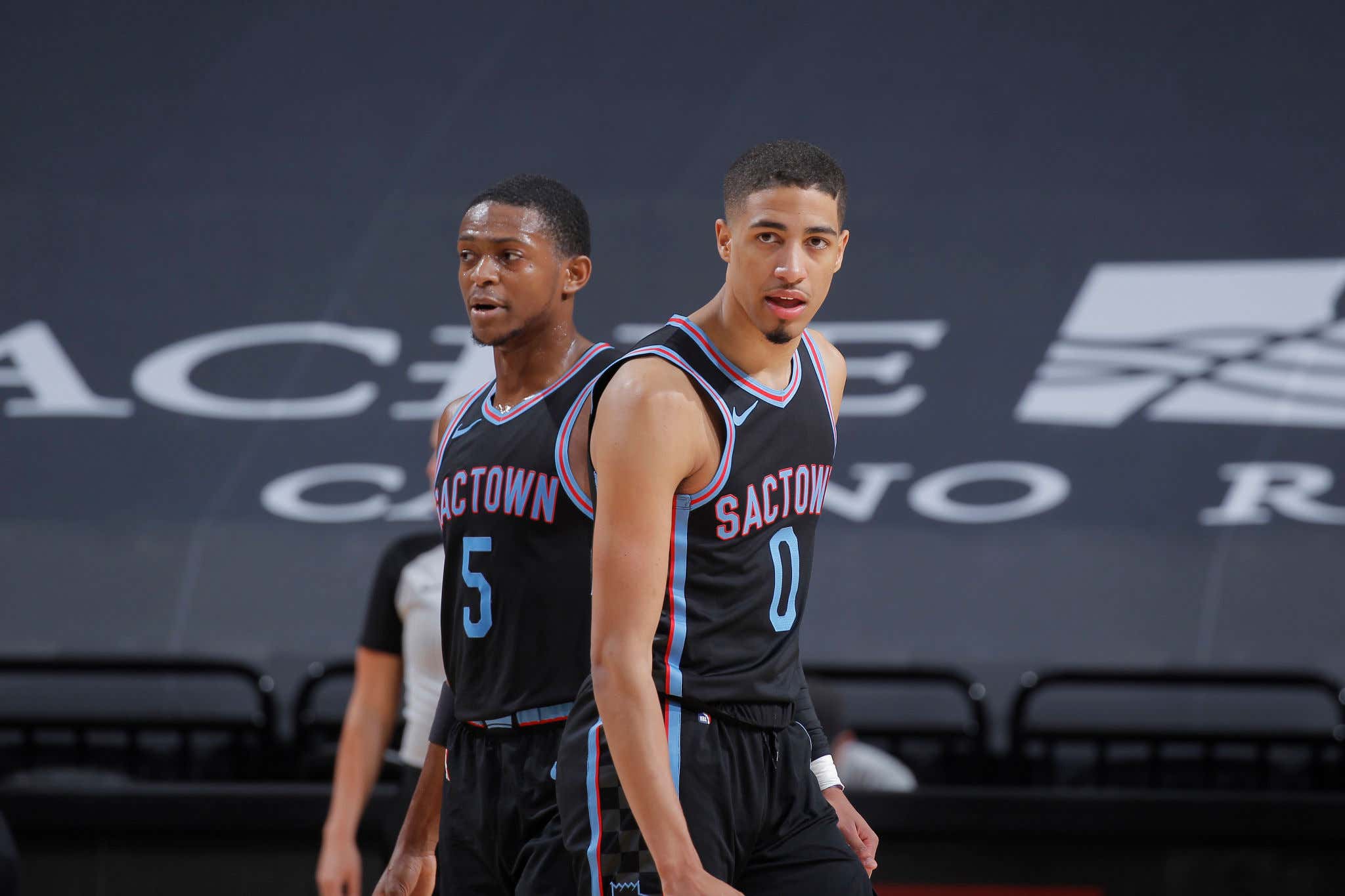 Who doesn't love NBA trade rumor season? It's one of the best parts of being on Twitter once we get to this part of the NBA calendar. Everyone loves throwing hypothetical trades out there in which your favorite team gives up nothing and brings in the star they might be missing. Every fanbase does it. Usually, that involved poaching the best players from the same batch of teams every year. Sometimes though, we get rumors that those teams might actually be willing to do something that would seem so far fetched. Yes, I'm talking about the Kings

Honestly, you can't really have the trade deadline and all the rumors that come with it without mentioning the Sacramento Kings. They were a hot team to mention last year, and instead they chose to stick with it in hopes of making the play in. That didn't work, they fired their coach, and as of today they sit at 16-25. Naturally, you're going to get some "reports" and rumors" as a result. It's nice to know that we can always bank on the Kings doing Kings shit. Fox is a name we've heard before, he's a 23 year old who is in Year 1 of this deal

That's a pretty penny for a guy who can't really shoot. He's awesome in transition given he has elite speed, but to trade for him you need to send back either a big salary player or find a combination of players that can get up to that hefty number that would make it worth it for the Kings. That's not exactly easy, and it sounds like you can rule out Simmons given what's coming out of Philly

Use the Kings as an example. Sacramento is now reportedly open to making De’Aaron Fox and/or Tyrese Haliburton available in the right deals, and those aren’t equal propositions for Philadelphia. In all likelihood, sources say, a deal involving Fox would almost certainly have to be a three-team deal, moving Fox to another party in order to get what the Sixers think they need. And while the Sixers like Haliburton and feel good about his potential fit, the sense is he’s not at the level they’re after for a primary piece in return for Simmons, that the Iowa State product would need to be one part in a more extravagant return.

Poor Embiid. Anyway, the more surprising one for me would be the Kings willingness to move Haliburton. Not only is he really good, he's on a cost controlled rookie contract for 3 more years before he becomes a RFA. He was very clearly a draft hit at 12, and you don't often see teams then be willing to put those guys on the market, but again, this is the Kings.

I guess the question would be, what is that "right deal"? I find it hard to believe outside of Simmons that any current team with an All Star level talent would be willing to give up that piece for either of these two. The idea would be adding those talents to something a team already has as a way to get over the hump. That's why I don't see the value in having this stuff leak out. How does it benefit the Kings to make it known they'll trade their prized young point guards only for them to turn down any non-star offer? I suppose they are working with all the leverage since both of those guys are signed long term, but if this is in fact true, I'm not sure I get it. If they are truly interested in blowing it up and trading these guys as well as Barnes and Hield, what's the plan, especially if I don't think either are returning a franchise corner stone building block. Wouldn't it make sense to trade the other pieces to help support those two and see where that takes you?

All I know is as we inch closer and closer to the trade deadline, the rumor mill will be flying. It's one of the best parts of the NBA season. First come the rumors, then come the player emojis. On some level I do feel for the fine people of Sacramento who are loyal Kings fans. This must be torture for them each and every year.