What a fucking move from Todd Haley! I know that shooters shoot and all (Sidenote: Do people still say that?). But on what planet does Todd Haley think this guy is signing with a USFL team? 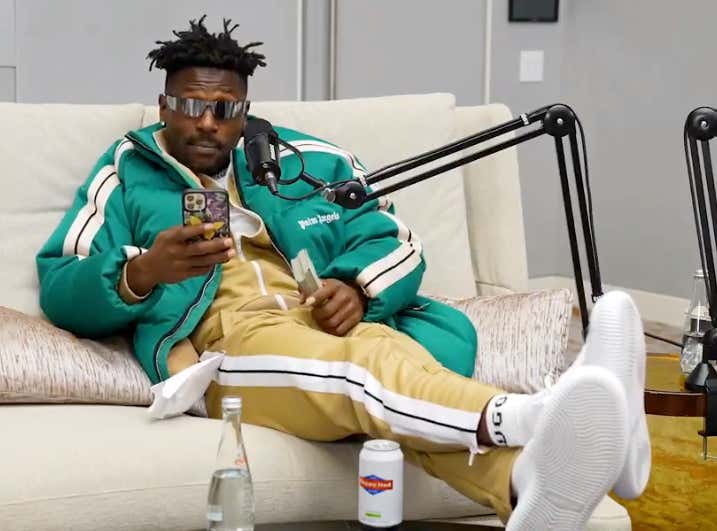 That guy isn't playing in the USFL. Hell, that guy isn't even living in 2022. He is firmly in 3022, trying to figure out how to sign on with another Super Bowl contender while also going viral for the 50th time this week. He's not looking to play in front of 85 people at a Tampa Bay Bandits USFL game. A bunch of crying emojis with a "FUCK OUTTA HERE" is about as nice a response as Haley could get to such a ludicrous question.

However, in my little Antonio Brown fantasy world, I would love to imagine if AB accepted that offer, he would ask Tom Brady if he could live in his house again even though he called him out on the very same podcast.

I have said for years that Mike Tomlin deserves to go to the Hall of Fame simply based on him keeping Antonio Brown on the right side of the Sane Meter all those years in Pittsburgh. But when you add in that Big Ben, Le'Veon Bell, and Todd Haley were all important parts of those Steelers teams, I think we can waive the five years after retirement rule and fit Tomlin for a gold jacket right now.