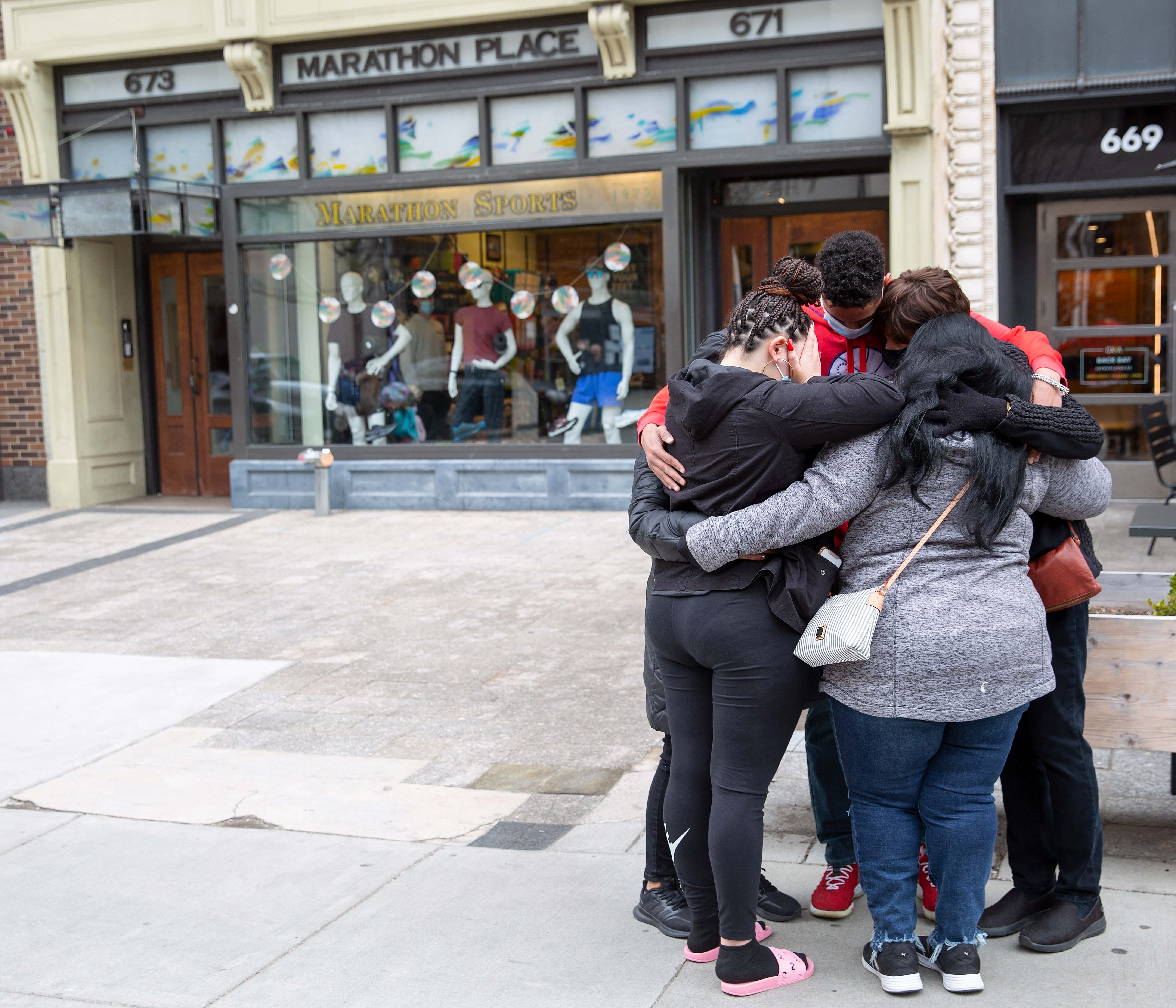 [Author's note: My first instinct was to use a photo of the subject of this story, but thought better of it. Never again.]

In case you missed it over the last few days, and it's understandable if you did, it's been reported that the one Boston Marathon bomber who's still alive - meaning the one who drove over his older brother while trying to escape like he was a piece of roadkill - got stimulus checks from the government for Covid relief.

Which is to say, money that was meant for people who were thrown out of work or lost their businesses through circumstances beyond their control and therefore were being cut checks just to try and keep food on the table and heat their homes, was also sent to a guy who stuffed pressure cookers with nails and screws, shoved them into backpacks, and along with his brother Speedbump, carefully placed them behind the legs of children watching a road race.

That is one long, run-on sentence. And as painful as it was to type, everyone with a shred of compassion, sense, or common decency who reads it should be screaming at the sky at the thought of it. I know someone personally who served four years in the military, came out with a partial disability, and never got their payment. This person went through a bureaucratic nightmare of being told they did, in fact, get their money deposited. To a bank they never had an account with. One that was different than the one this person had on all the paperwork. The result of dozens of emails and hours on the phone, disconnections and hangups, was to just simply drop the matter altogether. But for a guy who left shattered limbs all across Boylston Street in 2013, the system worked like a Swiss timepiece. Just thinking of it makes my hair hurt.

And before we go any further and start othering people we think is to blame, consider this isn't the policy of one political party or another. This is government policy:

But just as I was ready to buy a boat, set sail into the open ocean and take my chances that any place I made landfall would have be run by someone with a shred of common sense, there's this bit of good news:

Source - A U.S. District Court judge agreed Thursday to let federal prosecutors use convicted Boston Marathon bomber Dzhokhar Tsarnaev's $1,400 Covid-19 stimulus payment, as well as other money held in his inmate trust account, to help pay the millions of dollars he was ordered to pay his victims. …

In addition to the stimulus payment, Tsarnaev, who’s being held at a maximum security prison in Florence, Colorado, has received money from dozens of sources during his incarceration, including the federal public defender’s office and regular payments from individuals living in Indiana, New Jersey and Maryland, according to the filing by acting U.S. Attorney for Massachusetts, Nathaniel Mendell.

Finally. A rare moment of clarity in an otherwise incomprehensible world. Someone on the federal level has sense of justice enough to know that this bucket of guts is entitled to nothing but his incarceration. Three hots and a cot. Protection from other inmates. But nothing more than a lifetime stay at the Stoney Lonesome. The fact that it even came to this - that someone, anyone, in the vast governmental machine before this didn't see that these payments were being sent to an account in a maximum security prison - and put a stop to it sooner is sickening. And I don't care how automated the system is. There has to be some sort of oversight. Some miniscule amount of accountability somewhere along the money supply chain. One human being who could've lost his payments in the same ether where the aforementioned injured veteran's went. Instead of funding this monster's snack treats in the Graybar Hotel.

And as far as the lunatics sending him regular payments, I'll assume - make that pray - it's coming from family members and not just fans of his work. Regardless, to those people: Fuck all the way off. From our city to yours.