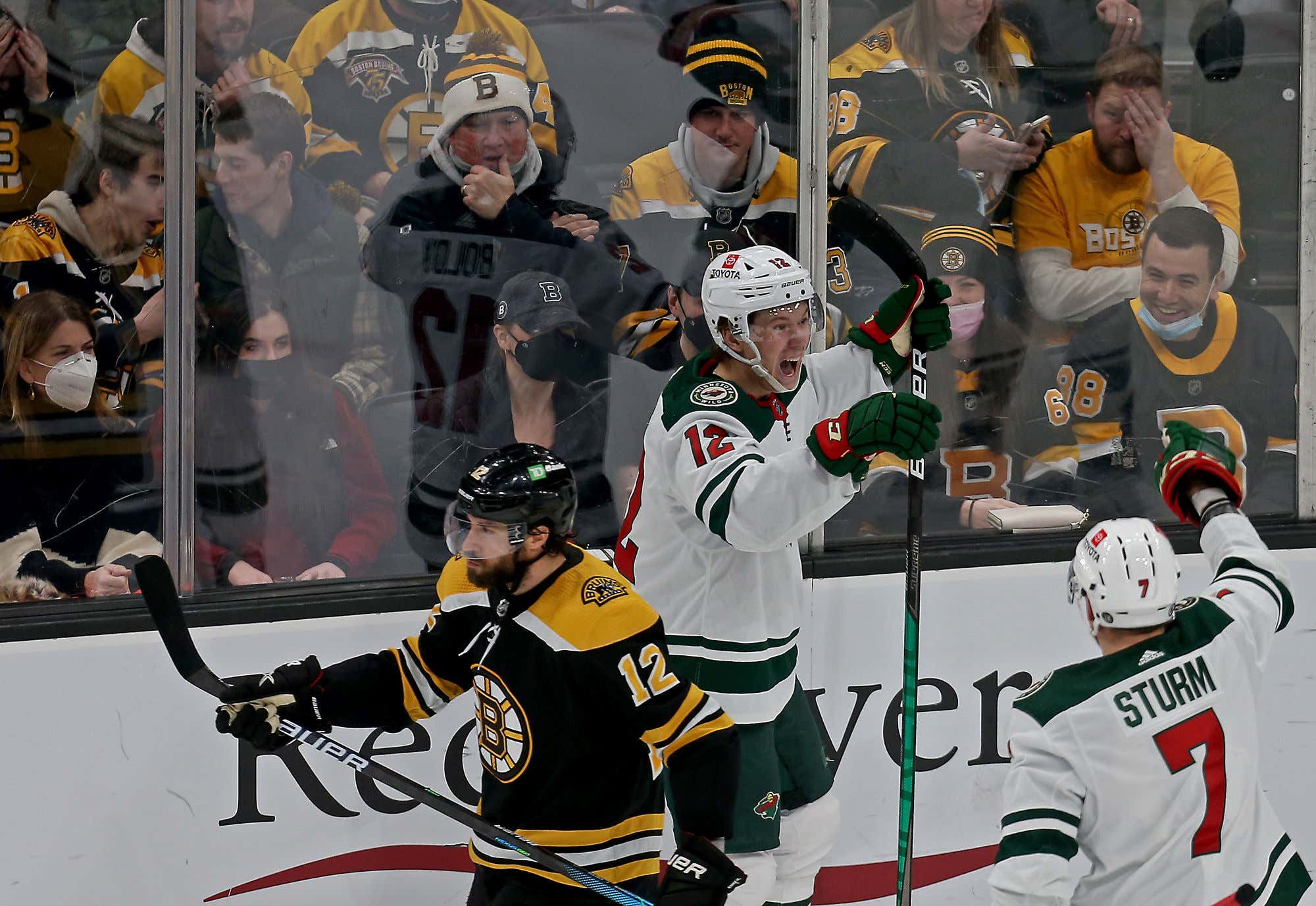 Matthew Boldy. The 2019 1st round draft pick for the Minnesota Wild out of Millis, Massachusetts. Played some high school puck at Dexter Southfield School before taking off to the USNTDP. From there he spent a couple of years at Boston College. He had 5 goals and 7 points on the way to helping Team USA win World Juniors gold last year, and last night he got the call to make his NHL debut against Boston Bruins. The kid scores goals everywhere he goes and last night was no exception. First NHL game, first NHL goal.

Great moment for the kid. But even better is the fact that he was making his NHL debut right up the road from where he grew up. Which gave the entire Boldy family a chance to be in the barn for his first game. And getting to see the biggest goal he's scored in his life up until this point in person? Well this is one of the best moments you'll see in the league this year.

Across all sports, parents make so many sacrifices for their kids to help them get to the highest level. The time, the money, everything. But hockey parents in particular put so much into this. The early morning practices. The hours of travel. Sending your son off to Ann Arbor to play for the National Development Program. Matt Boldy is a sick hockey player but he doesn't get to where he's at today without a family who did everything they could to help get him there. So for the whole crew to be there to see all that work pay off? Well you can see it in their faces and hear it in their screams. That's an old man experiencing one of the proudest moments of his life. Just as pure as it comes. Tough not to get a little worked up over it.