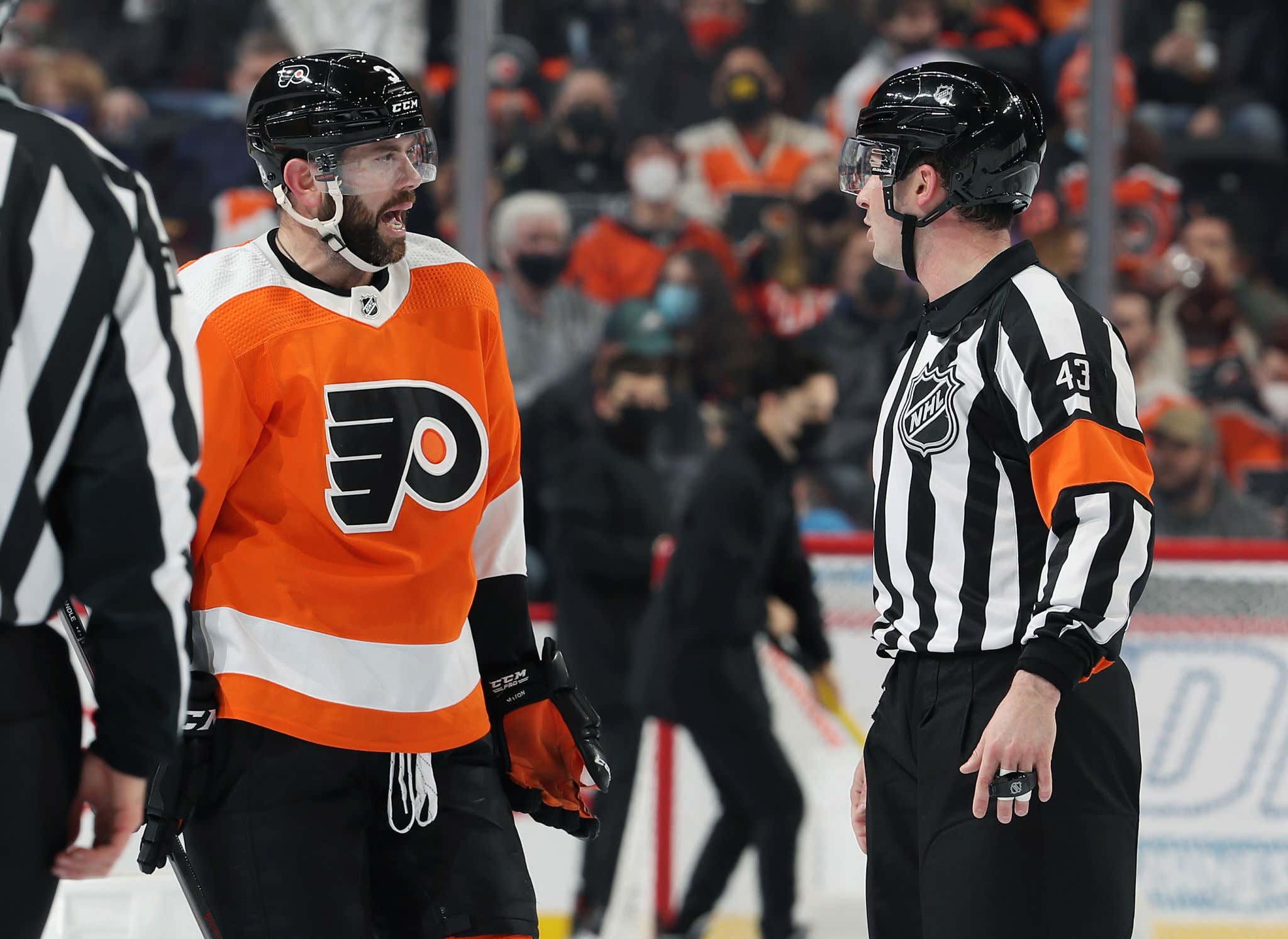 You want to know what phrase I am so happy that we don't constantly hear anymore? "Unprecedented times". Because we've been living in this pandemic for pretty much 2 years now. There's nothing unprecedented about it anymore. And most organizations around the world have figured out how they are going to navigate life during this pandemic moving forward.

So you have the National Hockey League. They have their Covid protocol set up and all that shit. And last night the league decided to postpone the Anaheim Ducks vs Detroit Red Wings game after the Ducks had 5 players enter the Covid protocol.

Okay. Makes sense. You can't possibly ask a team to go out there and play a game in the National Hockey League with an AHL roster and think that will be a good product for fans to watch.

How about the Philadelphia Flyers then? They had 6 players enter the Covid protocol, including guys like Claude Giroux, Ivan Provorov, Travis Konecny and Travis Sanheim. If you're going to postpone a game for the Ducks because they have 5 players out with Covid, then you'd assume the Flyers game would get postponed as well with them being out with 6, right?

Not a chance. Because here we have a rivalry game between the Flyers and Sidney Crosby's Pittsburgh Penguins. The game was an ESPN+ broadcast. You really think the league is going to poke that bear and postpone a game with Crosby in the lineup that isn't on some random local broadcast? Again, not a fucking chance.

The NHL made a business decision last night. When it comes to postponing games, it all comes down to the league's bottom line. They essentially said the broadcast for that game was more important than the health and safety of their players. The NHL has been making a lot of these business decisions lately. Primarily the decision to keep NHL from competing in the Olympics for the 2nd straight time. Gary Bettman says that NHL fans deserve to watch the best players in the world play in the NHL and they can't risk having those players away in China for 2 weeks with the potential to have to quarantine for even more. That's not the league worried about the players getting sick because of health reasons, that's just the league worried about players getting sick because it'll hurt their product.

And here's the thing--I'm fine with that as long as they'd just come out and say it. I totally understand that the NHL is a business and it should operate like one. But my biggest issue here is that if you want to make sure that fans get to watch the best players on the ice every night well then just why in the fuck are you still testing healthy, asymptomatic players? Why does Claude Giroux have to miss that game last night while he's sitting at home feeling perfectly fine? That's the big picture here. You want to put business ahead of health, that's totally fine. But don't punish teams by making them shorthanded with healthy players missing games and then still force those teams to play anyway when it's better for business.

The league made a business decision and the Flyers got their fucking asses kicked because of it. On the birthday of the late, great Ed Snider no less! And sure, there's a strong chance the Flyers still lose that game last night even with a full lineup. But that's not the point. The NHL fucked the Flyers and they should feel shame about it.