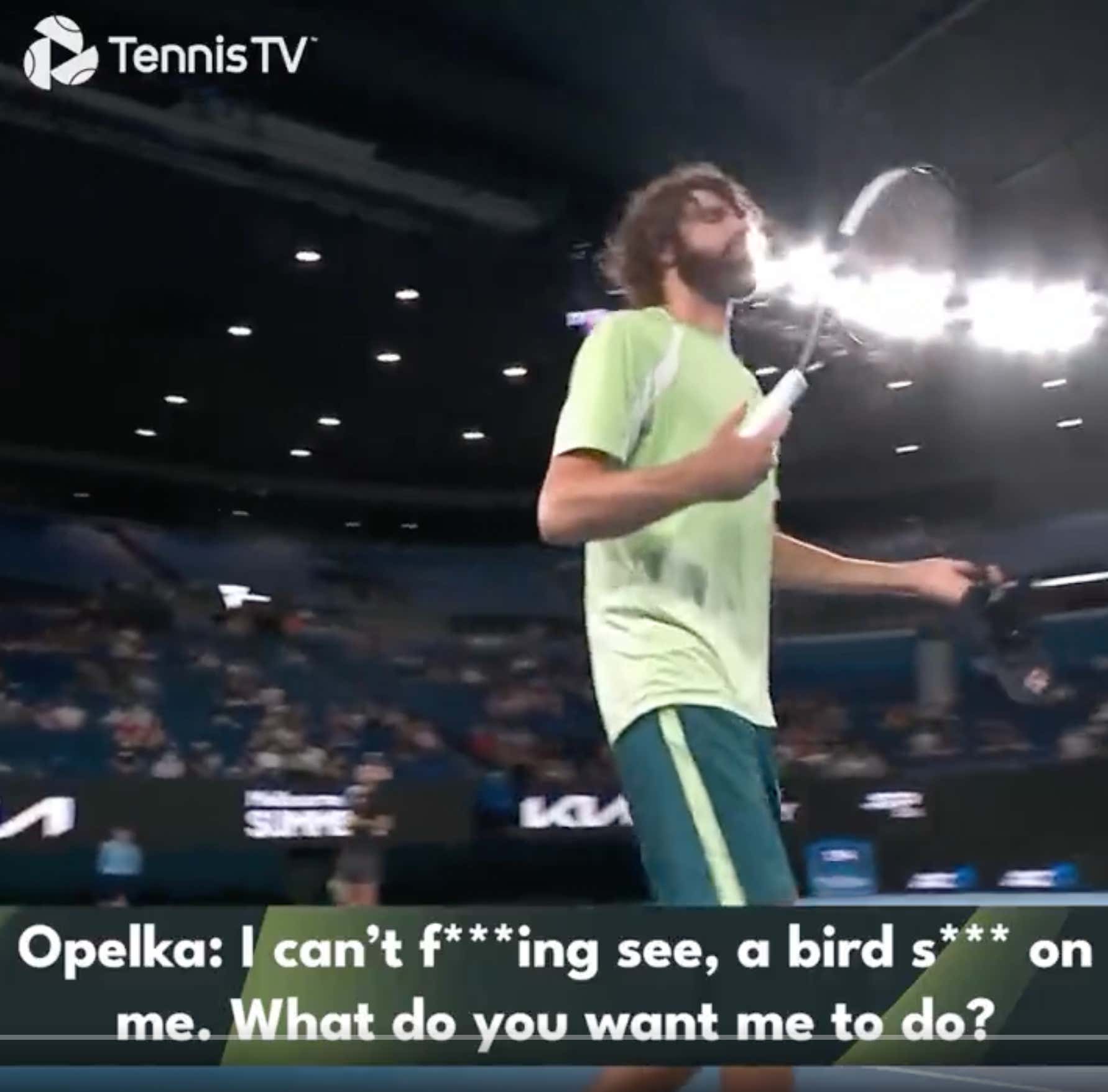 We're 6 days into the 2022 tennis season and things are already off the rails. The Australian Open hasn't even started yet and we've got absurd headlines galore. Obviously the Novak Djokovic saga took over the sports world yesterday. While all of that looked calm today, Novak's dad all of a sudden popped up in the streets with a megaphone to compare his son's situation to Jesus being crucified. Normal stuff.

Thankfully we had a much lighter story come to surface late last night. During American Reilly Opelka's match a bird decided to go to the bathroom directly on the brim of his hat. We've got a poop hat folks. Minutes went on as they tried to replace this fucking hat.

In classic tennis fashion a dumb rule came into play because the logos on the replacement hat were too big to wear. I mean what are we doing here? I know the umpire has a job to do but come on man let that shit (pun intended) slide and get this show on the road. Shout out to the ball boy for trying to be a hero. Unfortunately  Opelka's head is enormous and that had no shot of working.

I like Opelka, he doesn't take himself seriously and has fun on social media.

I will say, a bird shitting on you is universally understood as incredible luck. You get pooped on by a bird you go play the lottery or place a bet on something. Your fortunes are about to turn around. Getting pooped on by a bird is enough to turn around a bad day if you ask me. The last thing you do in that moment is replace whatever got pooped on. Opelka lost this one in a thrilling 3rd set tie breaker and there's no mystery as to why. Hate to play Monday Morning Quarterback, but I really think he messed up not sticking with the poop hat.