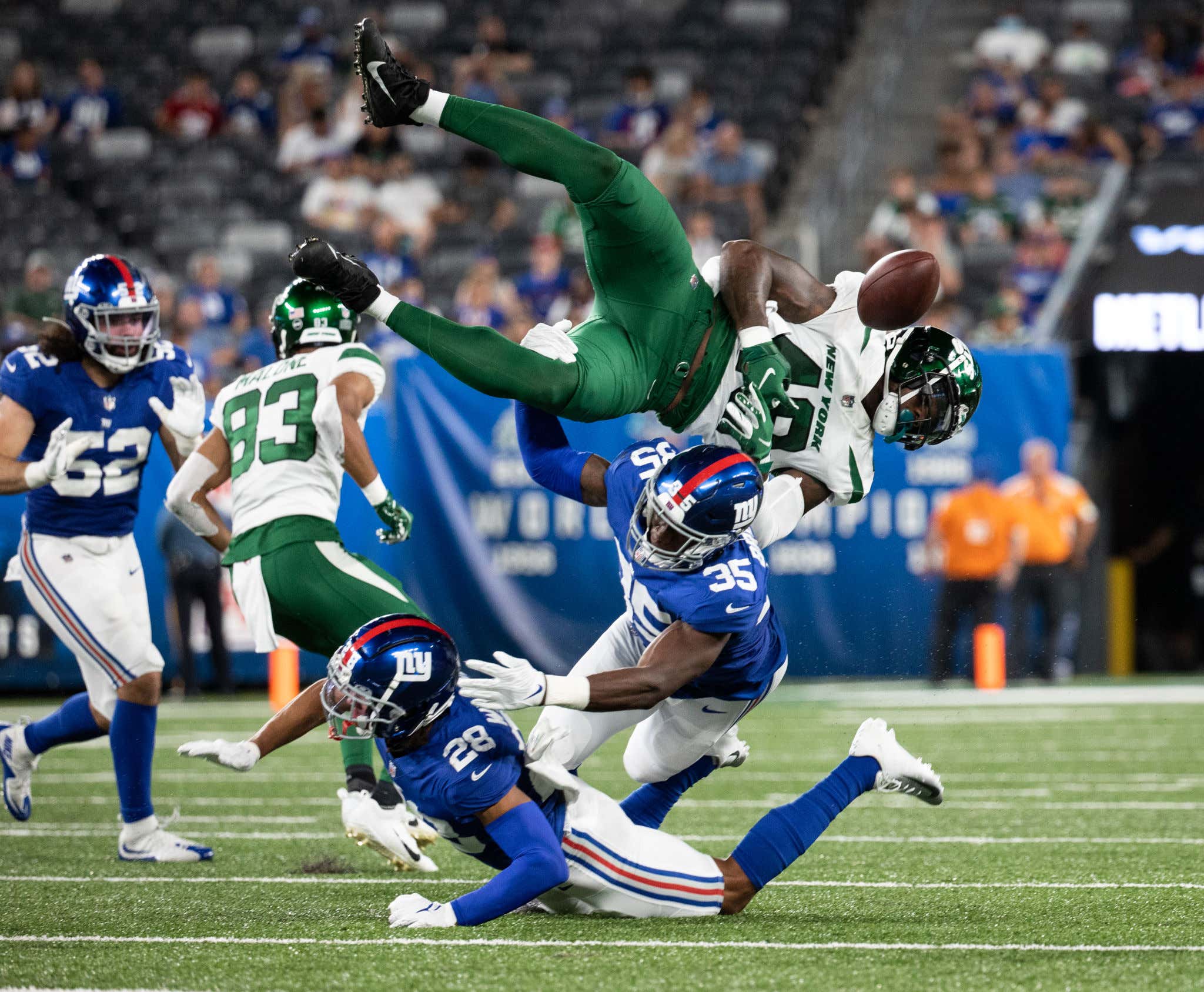 EAST RUTHERFORD, N.J. (WKBW) — A lawsuit has been filed against the New York Jets and New York Giants, claiming that the football teams are damaging fans by using the word 'New York' despite playing their home games in New Jersey.

The plaintiff claims that the Jets and Giants, "syphoned billions of dollars from interstate commerce," from New York State by playing home games in New Jersey.

The Buffalo Bills are the only NFL team to play in New York State.

You can read a copy of the lawsuit below.

Well, we knew someone would figure it out at some point.

I think if you polled the entire country and asked them where the Jets or Giants played they would say they thought they played somewhere in New York. New Jersey's name recognition has really gotten pretty robbed over this whole ordeal from name recognition and status standpoint. Think about it, everyone shits on New Jersey, if the Giants won some of those super bowls under the name "New Jersey Giants" New Jersey property taxes may have gotten a certain amount of boost. I mean at the end of the day, the teams being in New Jersey does grant New Jersey all the tax revenue. I mean the name recognition of the teams may not be as beneficial as the lawsuit states. Honestly, it may be a bigger economic hit to New Jersey if they leave as all the taxable salaries, revenue streams, etc. All leave.

My favorite part is how the plaintiff demands that the teams return to New York. I am thinking realistically where a stadium could possibly be built that is closer than the Meadowlands and realistically you would have to look far out on Long Island or up to dutchess county which are all an hour+ out of the city. The Meadowlands is definitely the best destination for those two teams to play… There is a spot though…

Now that I think of it. With talks of closing Rikers Island (that have all been shot down), putting a stadium there might be one of the best usages of that space if the prison were to close.

Just put a couple more bridges and access points now that they are trying to ensure there's not only one way in one way out (bottlenecking escaping), and that would be a great stadium spot. Put a bridge to Long island for fans coming from there, a bridge to castle hill that could suffice all the traffic from upstate, and the rest can get in through the infrastructure that's built for LaGuardia airport. Teams could fly into Laguardia easily and get to the games. Now that I think of it I should really be in urban planning. Randall's island would also be a good spot to put it

Randalls wouldn't work because it is a city park that is the closest place kids in NYC can play sports. But Rikers… You want to shut that down and propose bringing the Giants and Jets back… That could be a plan.