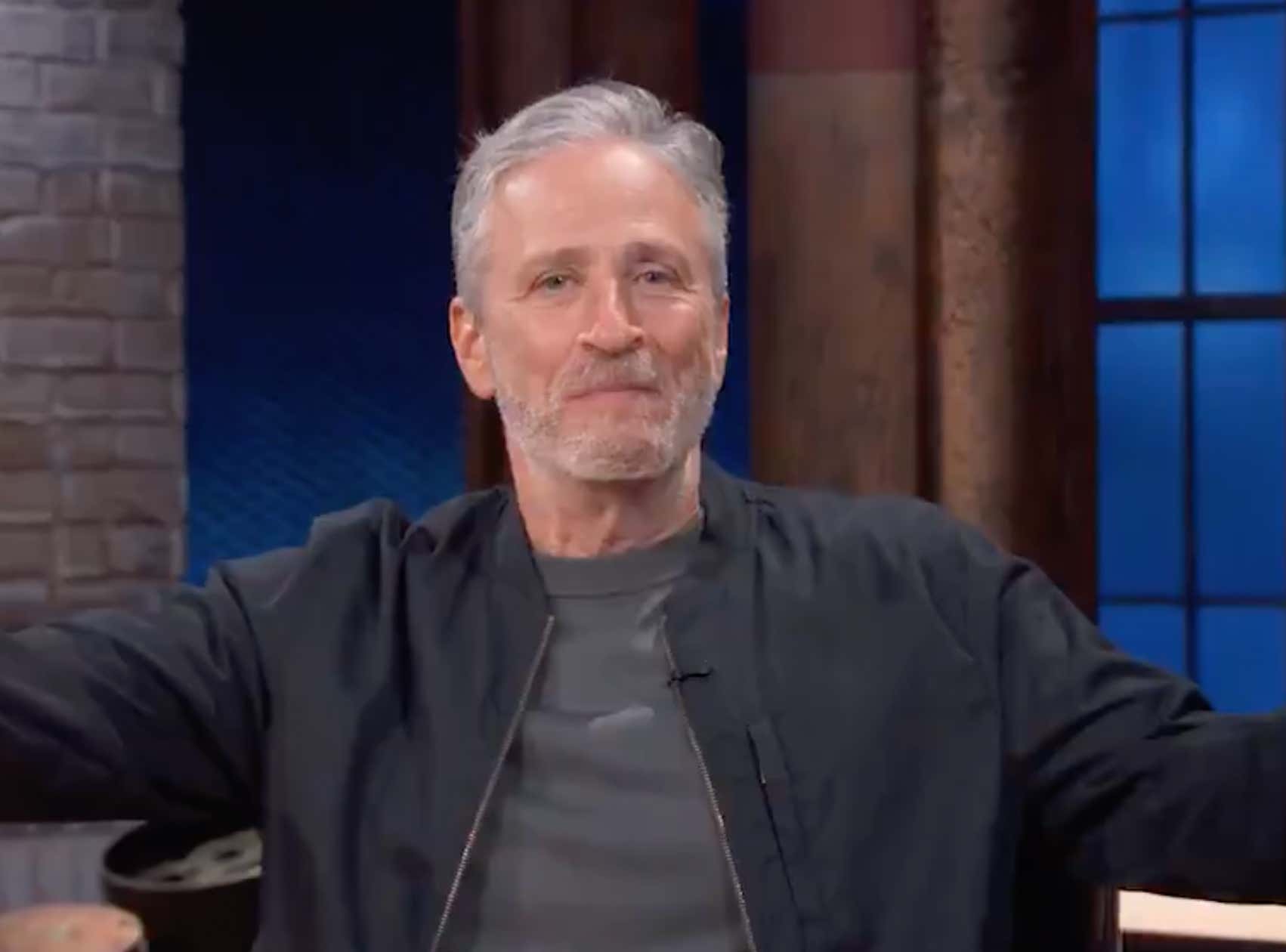 In the ordinary course of human events, if I come across someone saying something bad about the "Harry Potter" franchise, they've made a very powerful enemy of me. Say the adventures of a boy wizard and his intrepid, loyal pals as they fight evil, monsters, dark magic and puberty, and I'll come at you with the Cruciatus Curse with the full fury of a Basilisk, a host of Dementors, all the Death Eaters, and He Who Shall Not Be Named combined. I'm even ready to hit Dan Snyder like a rogue Bludger when he names the Football Team the Washington Admirals, since everyone knows that's the name of a Major League Quidditch team.

So I was semi-interested in a story that went viral this week, when it was reported all over the place that Jon Stewart supposedly called J.K. Rowling anti-Semitic because Gringott's bank is run by … goblins.

I say semi-interested because I think I speak for everyone who writes for Barstool that we tend to see the world through the prism of whether something in blog-worthy or not. It's just how you approach your job and, by extension, your life. You find yourself putting all the information you come across into one bin or the other. And this Stewart story just didn't seem to rise to that level. Either I assumed he never read the books or saw the movies, he was taken out of context, or more likely, he was joking. Regardless, it didn't move the needle for me and I moved on.

Which put me out of the mainstream. Because it was everywhere:

I could go on, but why belabor the point? For all I know this provided fodder for newscasts and talk shows and political podcasts all across the zeitgeist once it broke. That is, until Stewart addressed it. And confirmed that my instincts were correct.

I know it's long, but listen to as much as you have time for. Because while Stewart and his co-hosts are talking about how ridiculous this all is, they're also making a larger point about everything that's wrong with our media in particular and Outrage Culture in general:

If you can't watch, here's the upshot. A month ago - a month ago - Stewart was doing a podcast where the subject of Bat Mitzvah's came up, it turned into a riff about Harry Potter, and it got bantery, the way every conversation between friends should. His own words:

"There is no reasonable person that could have watched it and not seen it as a lighthearted conversation amongst colleagues and chums, having a 'larf,' enjoying ourselves about Harry Potter, and my experience watching it for the first time in a theater as a Jewish guy, and how some tropes are so embedded in society that they’re basically invisible even in a considered process like moviemaking."

Then he wakes up the other day and finds the story trending on Twitter:

"Here's the headline from Newsweek: 'Jon Stewart Accuses J.K. Rowling of Anti-Semitism.' So let me say this as clearly, as super clearly as I can. I cannot stress this enough. …

So let me say this instead to Newsweek: Your business model is FUCKING ARSON. And not the good kind, where they light stuff on fire and control it to prevent forest fires in the future. The kind arson where you're on the mountain and you've got five minutes and you don't know where the dogs are.

Like that's your business model. And now all the shitheads come piling into this ridiculously out of context nonsense that you put out there. …

I’m not accusing J.K. Rowling of being antisemitic. She need not answer to any of it, I don’t want the Harry Potter movies censored in any way. It was a lighthearted conversation. GET. A. FUCKING. GRIP."

To that I say,

Not since Jon Stewart sat before a committee of elected officials who ostensibly get paid to serve the public and excoriated them for abandoning their responsibilities to the 9/11 first responders have I been as inspired by a rant of righteousness.

But this is what it's come down to in the culture now. We've unnecessarily and voluntarily painted ourselves into a corner where the first reaction to anything we come across is to search it for something we can be pissed off about. We're like cyborgs with heads up displays in our robot eyeballs that are constantly scanning for offenses against our decency. And when our Self Righteous Mode it set to Sensitivity Level: Maximum, it sees nothing else. Context, humor, sarcasm, irony … they all become invisible to the scanner. So we're programmed to think the worst of everyone and everything they say. It's one of the reasons Twitter is so horrible. Because it's deaf to sarcasm. The reader's brain hears what it wants to hear. And it's never anything good. And media companies are taking advantage of that dynamic for profit.

Now I'm sure somebody can cite me some examples where Jon Stewart did the same thing to someone else's words, and misconstrued their meaning for comedic effect. But I don't want to hear it. One, because we've got to all agree to cut the shit with that if this war is ever going to deescalate. Two, because he's a comic and that's what his profession is. And three, because he's entitled to what everyone, comics and non-comics alike are entitled to.

And that is, benefit of the doubt.

But we've put that on the Endangered Idioms list. If not made it extinct altogether. How could it survive when feigned outrage and faux indignation are so much easier and get you so many more virtue points than trying to find out where someone was coming from before you get all pissed off.

So good on you, Jon Stewart, for that rant that had to be made. Ten points to Gryffindor. And for Newsweek and everyone else who bought into this narrative, a one-way trip on the Gringott's railway: