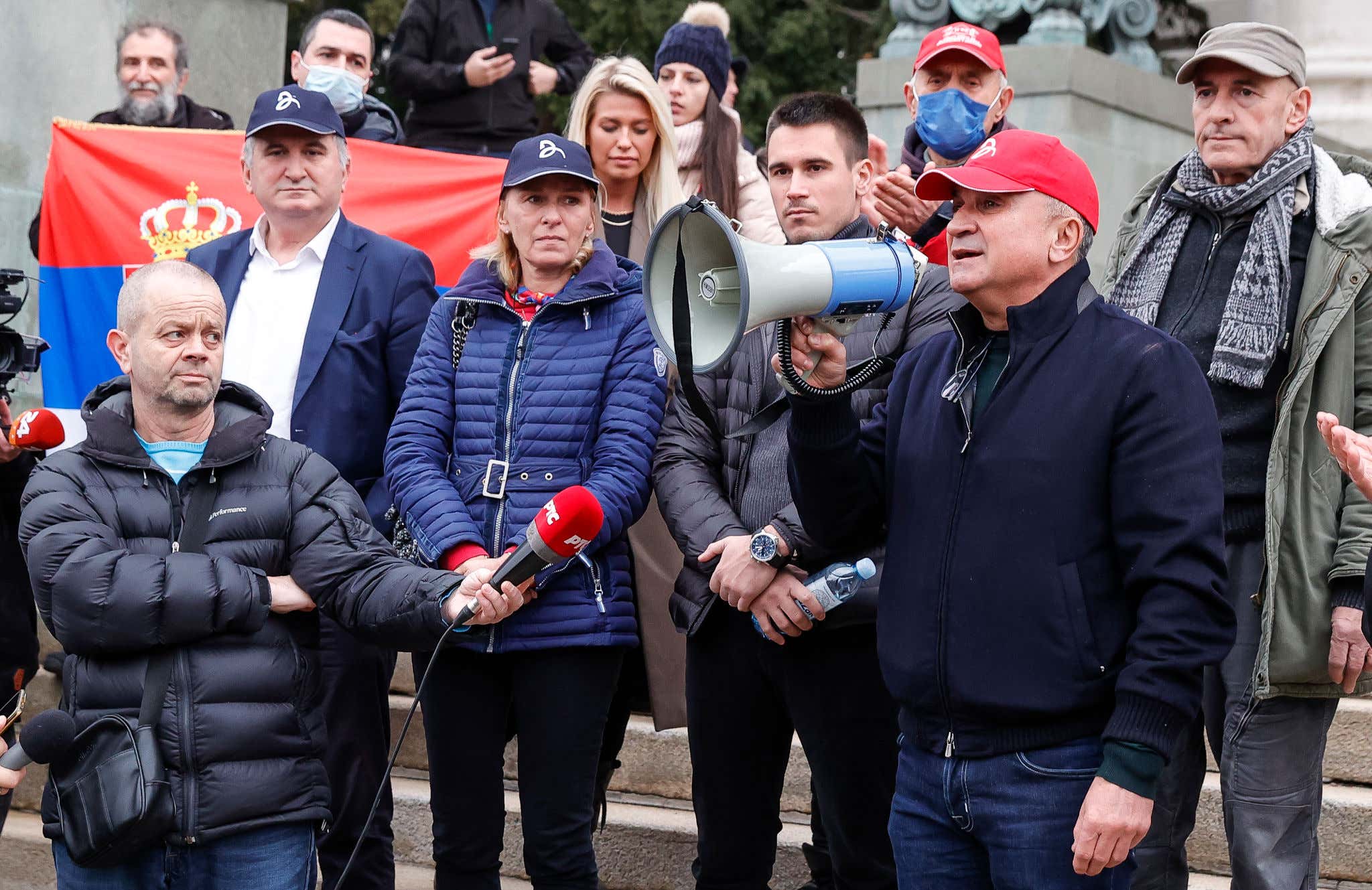 While Novak Djokovic remains quarantined in an Australian hotel, his lunatic dad has gathered with a group of protesters back home in Serbia and he's got a megaphone! Yesterday his father said they would take their fight to the streets. Well, at least he's a man of his word?

I cannot imagine the fear this instilled in Australia. Wanna talk about rattling someone's cage? I'm shocked the Aussies didn't re-approve Novak's visa right then and there. Maybe just give him the trophy out of respect? Srdjan has opted to compare Novak's situation to Jesus being crucified.

Oh yeah his dad is a straight up lunatic if you couldn't tell already. No one tell him that his son can just simply take the next flight home and get out of there. No one is forcing him to stay in Australia, in fact they're begging for him to leave.

We've also got vigils going on

Perfectly normal stuff going on, nothing to see here.

Novak also sent this message to his team today, as they held a mini press conference earlier

"God sees everything. Moral ethics as the greatest ideals are the guiding stars for spiritual upliftment. My grace is spiritual and theirs is material wealth."

Whatever the fuck that means.

On a serious note here's where we stand. Djokovic and his lawyers are appealing the ruling to have him deported. That won't be heard until the earliest Monday so until then he's been ordered to remain in his hotel. He asked to go to a rented out apartment where the rest of his team is staying and they told him no. The Australian Open asked the judge if they could know by Tuesday what the ruling will be on Novak. They were promptly told to fuck off, and that the ruling will be made when it's made.

As for what's gonna happen? I won't pretend to know what the Aussie government will do. I assume they send Djokovic packing given the reaction that would happen if he stays. Apparently all he had with him to present to border control was one piece of a document so that didn't fly at all. There's also a question of what is good enough for a medical exemption on the federal level compared to what the Aussie Open deemed acceptable. He believed that having covid within the last 6 months was good enough for entry. The folks at border patrol did not agree as there are different/stricter rules for entering the country. It's a shitshow all around with blame to go around on all parties involved. The miscommunication from Tennis Australia and the Victorian Government on what was required for a proper exemption was not clear at all. It's also on Djokovic and his team to find this out themselves and be sure they're good to go. They've know about this for months.

Two of the game's biggest stars Rafael Nadal and Daniil Medvedev gave their two cents on the matter when asked about it last night.

Nadal gave a more thoughtful, diplomatic response. He's been a huge backer of science from the get-go here and his stance has remained the same. Medvedev was a little bit more to the point.

One thing I've been wondering. If Djokovic never blasted out on social media that he got the medical exemption and was headed to Australia, would we be here right now? I think the public outcry from the Aussie citizens put so much pressure on their politicians that they had to come down on him hard at the gates. If he just took that flight to Australia without everyone knowing I bet he avoids all of this. Just a hunch, but for now we'll just have to see what happens Monday.