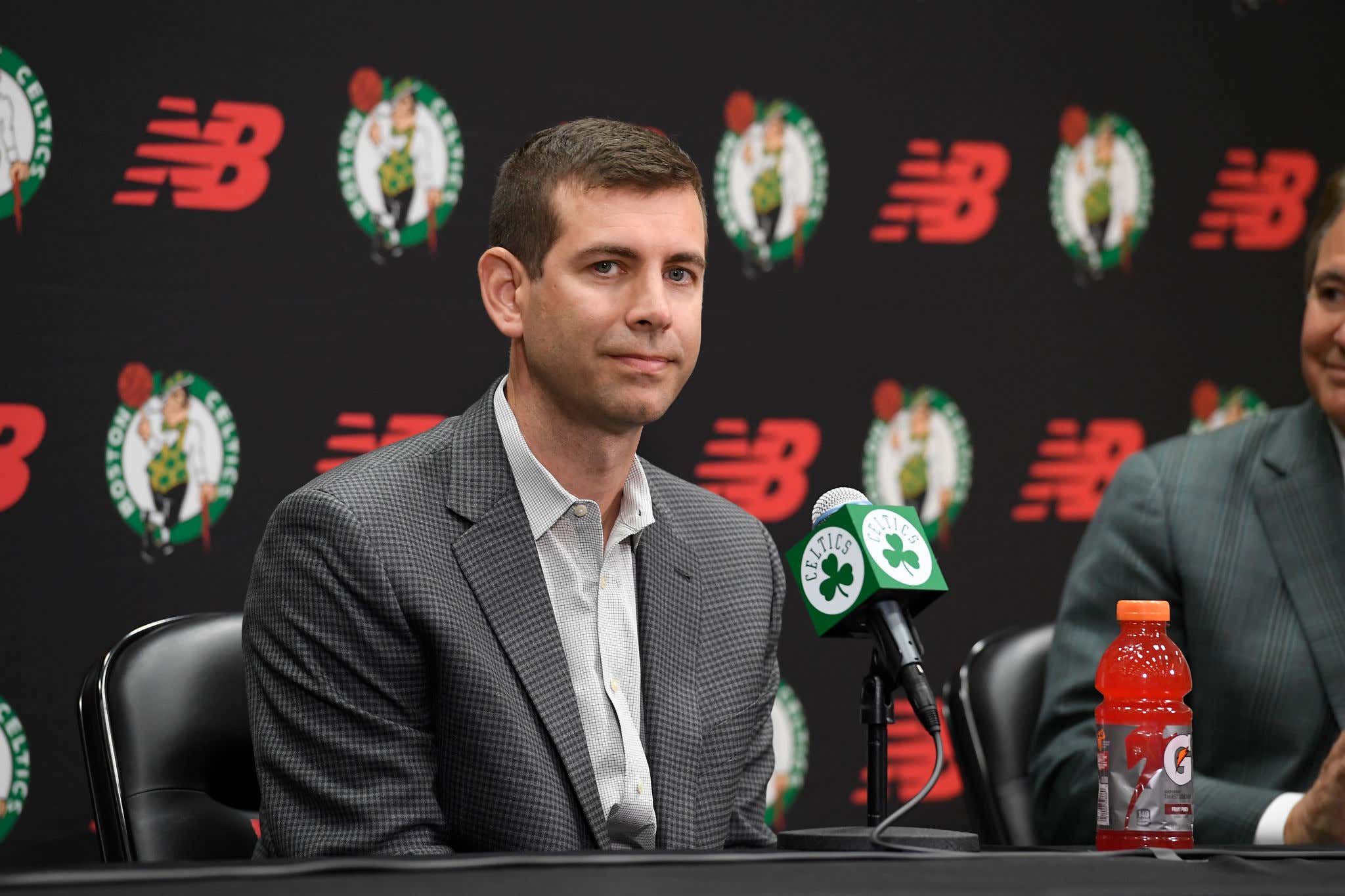 Just like we did with his predecessor, it's time to dig into Brad Stevens' latest radio spot. The team stinks at the moment, their record is fairly pathetic and Brad has a lot to answer for. While he may have inherited a certain situation, he has made decisions on this year's roster and it's his job to figure this shit out and fix it. I'll admit, hearing him this morning I thought I was listening to Ainge. They are following the same playbook to some degree. You'll see what I mean once we get to the quotes so let's dive in

First question. Why not both? Stay with me here, but isn't it possible to have internal improvement while also making roster tweaks? I feel like that's not some sort of crazy ask. I'll also say it would be unrealistic to think Brad would go on the radio and be like "Yup! I'm going to blow this shit up!" That's not how things work. This was his first example of a very Ainge-like response.

I'm sure hearing him say the word "tweaks" will frustrate some fans, but I'll repeat my thought on this for the millionth time. Rebuilding this roster comes in stages in terms of the NBA calendar. The first part was this past offseason. Offloading Kemba's deal and bringing back a more flexible contract in Al. Bringing in Josh Richardson on good salary filler money. Stuff like that. The next stage in my opinion is using your available resources to make in season tweaks based on need. For me, that's shooting. Unless one of the larger deals becomes available in February (unlikely), you should use all the tools you have at your disposal to improve the roster before you get to the summer. That at least allows you to then operate with confidence. You'll know, OK, we brought in the shooter, it still didn't work, time for the next stage. Given how this franchise has operated during this era, that feels like the path we're on. Sometimes those deadline tweaks are all you need (Isaiah), and sometimes they mostly flop (Fournier). You never know unless you try.

Feel ya on that one Brad. Nobody is happy with where they sit. Not even me. How could you be? Even when you include the context around the situation, it's still not all that good.

This was another page out of the Ainge playbook for me. Brad basically telling us he doesn't give a shit what Twitter GMs say he should do. Time and time again he says it makes no sense to make a move just to make a move. That might be frustrating for fans, but there's a reason fans don't run basketball teams. You have to remember to take emotion out of it when it comes to shit like this. Short term, you're looking at luxury tax issues, fit, all that. Long term you're looking at the talent you're giving up/bringing in and if that gets you closer to a title.

The only thing I'd say the Celts are consistent at is being inconsistent. I'm not sure I would agree that we've seen flashes so far this year that they are capable of that. They've won 3 games in a row just 1 time all year. If he's talking about previous seasons, sure, but every year is different. Progress and success isn't linear.

Also, it's probably not great to even mention the Patriots in any capacity when talking about this team. I get what he was saying, but that's going to be lost on people the second they hear the words "New England Patriots" in a conversation about the Boston Celtics.

All in all, this should do a few things for you as a fan. First, temper your expectations for the deadline. It's entirely possible that Brad could have something larger in the works that he's not going to shed light on on the radio, but it's more likely the deadline will come and we'll see those "tweaks" he was talking about. Off the top of my head that's something involving Juancho/Dennis, strictly because of their contract situation. Perhaps smaller moves involving one of Romeo/Nesmith etc. Using TPEs, things of that nature.

Second, it should be reassuring that Brad is basically admitting that his team stinks right now. I don't ever remember Ainge saying publicly "we have a lot to fix". We also know given his short history in charge, that Brad will make a move. He didn't draft these guys, he went through what hoarding picks can do to a roster. That's all important to remember as he enters his first trade deadline and second offseason. So far in his tenure we have no reason to believe he won't do what he feels is necessary to figure this out. It may not be what fans want and in the timeline in which they demand on Twitter, but I wouldn't say Brad is in denial about the situation of his team. This time around though, he is the one who built it. That means it's now up to him to fix it.