Evan Roberts tweeted this out yesterday and boy am I glad he did. I already knew that Max Scherzer was an absolute looney tune on the mound that had earned the name Mad Max by just being a baseball fan or reading stories on Barstool. Despite all that, I didn't realize Scherzer was maybe the craziest fuck in all of baseball since all professional sports leagues is full of competitive psychos you would hate inviting to your board game night. However, once I saw Scherzer pitching on the outfield grass during Georgetown's graduation, I think the Mets may have gotten a bargain on the three year, $130 million deal they signed him to. 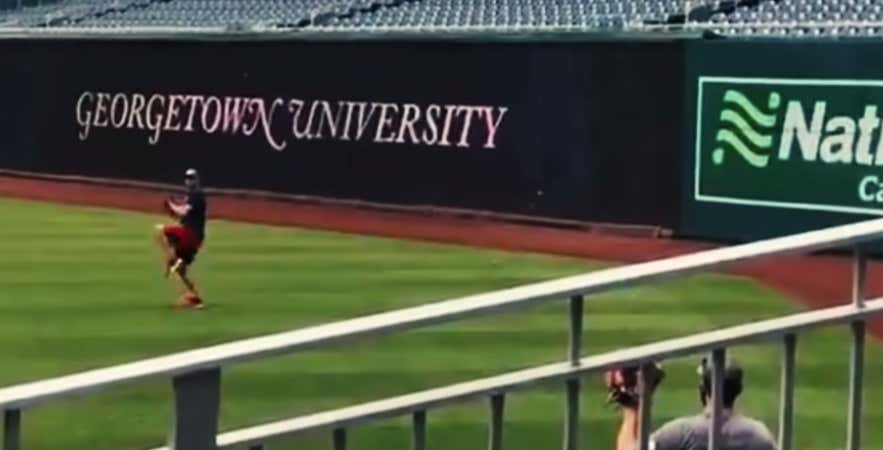 Uncle Stevie probably sees the Bobby Axe of the Baseball Diamond in a guy throwing as kids get their diplomas like the last man in the pen instead of a three time Cy Young Award winner.

THAT is the type of guy the Mets have been missing forever. Jacob deGrom is a silent assassin that will beat a team by himself by throwing a shutout and knocking in the only run while Pete Alonso and Francisco Lindor preach positivity while hopefully putting up All Star numbers. However, if the 86 Mets 30 For 30 taught us anything, it's that you need a bad ass motherfucker (or three) to call people out for their bullshit and after watching that video, I'm pretty sure Max Scherzer would have fit in famously on that merry band of misfits. I bet if you asked the people working at the hospital the night Scherzer was born, they will tell you he screamed all night because he wanted to be on the bump for his teammates instead of in a nursery with a bunch of babies shitting their pampers. God I cannot wait to get this beautiful psychopath in Citi Field as the Mets NUMBER 2 pitcher.