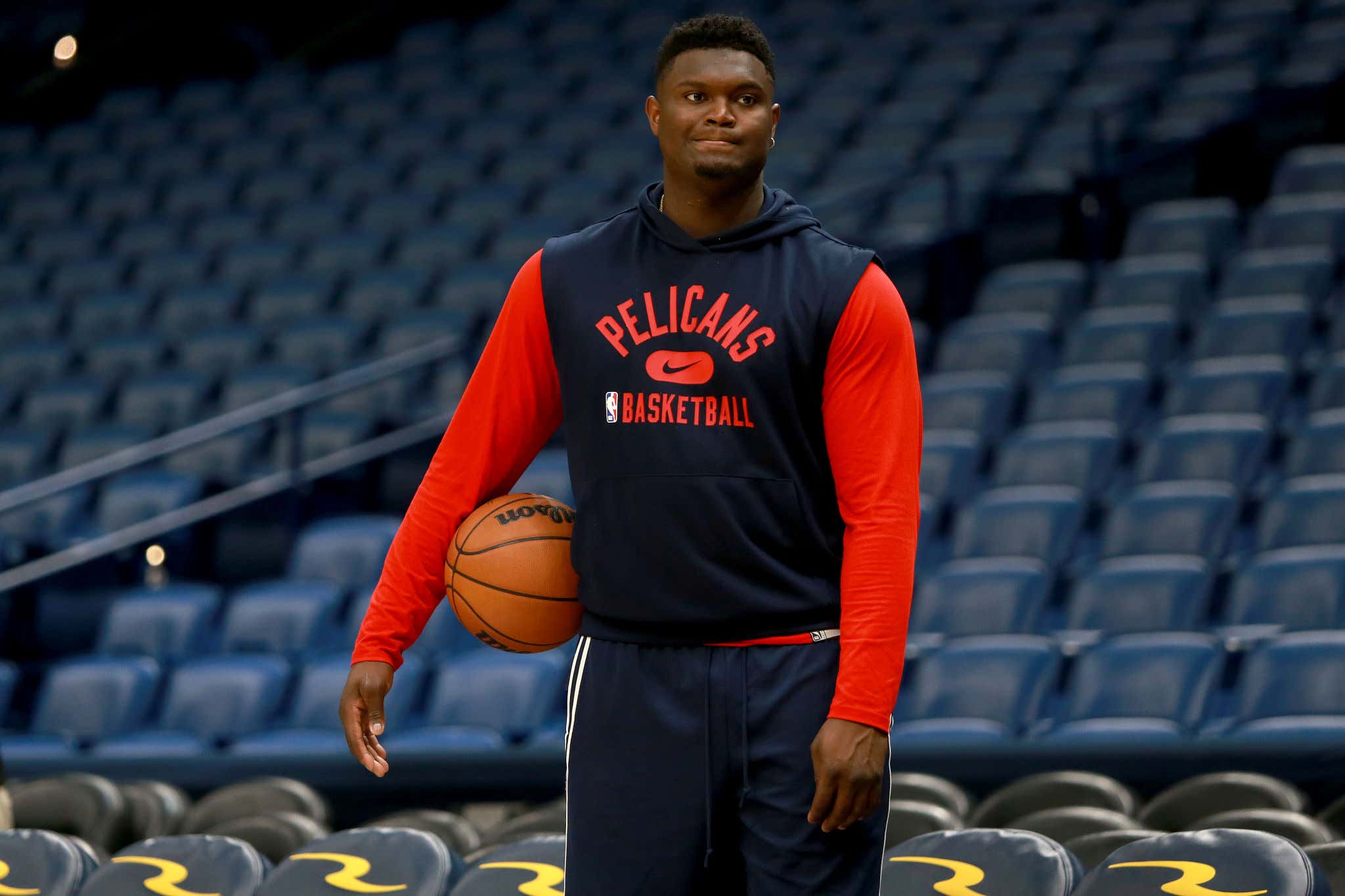 One of the weirder stories of the NBA keeps getting weirder and weirder as more time goes by. You have to remember where we started with this entire Zion debacle. Out of nowhere Zion basically had a secret surgery on his foot that nobody had any idea about. Their GM David Griffin told Pelicans fans not to worry, that Zion would be good to go by the start of the regular season. Then, he wasn't, and there was no real timetable for his return. Then, he was supposedly cleared to practice which felt like a good sign, only for a few hours to go by and we learned that no only was Zion not cleared for basketball activities, he got some sort of injection in his foot, and he was once again on the shelf for an unknown amount of time. Now, here we are a handful of weeks later and it's supposedly "in his best interest" to rehab away from the Pelicans. Those aren't my words, that's what the team said

How on earth does that make any sense? I feel for Pelicans fans here. So, Zion can only rehab and focus on the task at hand so long as it's away from the team? How does that make any sense. I'm not exactly sure why the team went with that approach as their rationale. I'm sure there are maybe medical advantages to this plan or something, so why not go with that? Then again, what exactly has David Griffin shown since he took over in NO that gives you confidence he has any idea how to handle this situation the right way, or at least in a way that doesn't add fuel to the fire? They've basically lied every step of the way. Is it possible that Zion might feel the urge to come back sooner if he's around his teammates? I think that's possible, so say something along those lines!

I then wonder, how much of this is his camp just wanting him as far away from the organization as possible. That's probably the worst case scenario. Are they just trying to keep him away from cameras while he deals with his rehab/weight issues? That could be on the table as well I suppose. The entire thing is just so bizarre.

In terms of his future, there will always be concerns when a big man is dealing with foot issues. That has a spotty history if you look at guys who rely on their athleticism like Zion does. The best case scenario is probably Embiid. He had foot issues that plagued the start of his career and look at him now. He recovered and has been great, playing at an MVP caliber level. Obviously, Zion will have to get his weight under control, but my guess is that would come once he's allowed to actually do shit once his foot is healed. He was so exciting to watch when he was on the floor

so I'm still hoping he returns to form. The league is better when Zion is healthy and playing. It's must watch stuff. It also wouldn't surprise me if we do not see that at any point this season. The Pelicans season is pretty much over, so why risk it? I just think their fans deserve a little bit more transparency than what this front office is currently giving them. But at the same time, I don't know how you could trust any "update" or "news" they give you. The whole thing stinks.