Officer.com - Shane Bartek’s natural charm, uncanny ability connect with others and his instinct to help anyone in need were evident throughout the 25-year-old’s life and helped draw him to become a police officer, his friends said.

Bartek, who was off-duty when he was fatally shot during a New Year’s Eve carjacking, was relentlessly positive, his friends said. He was also the “life of the party,” whether that party was helping a friend remodel a bathroom or embarking on weekend trips to see friends.

Whether through a chance encounter, in the hallways at Big Creek Elementary School in Middleburg Heights or on the soccer pitch, those who met Bartek became fast and permanent members of his widespread circle of friends.

“It doesn’t matter if you had one class with him four years ago, or bartended with him for two months,” said Conner Mansell, a friend since childhood. “His ability to genuinely stay connected with people was really special and it made him very unique.”

Mansell and other friends said they were shocked by Bartek’s death. Tears, anger and bewilderment followed, they said.

Bartek grew up in Middleburg Heights with a twin sister and an older brother.

He amassed a large group of friends from a young age and played soccer through high school, anchoring Berea-Midpark’s defense as the goalkeeper on a team that won Southwest Conference championships in his junior and senior seasons.

After high school, Bartek went to the University of Cincinnati, where he graduated with a degree in criminal justice.

Bartek was still at UC in 2018 when his father, Ron, died unexpectedly at age 56. Friends said Bartek was especially close with his father and took his death hard.

Davis, who attended UC with Bartek, said Bartek spoke often of the life lessons he learned from his father. After his death, he focused even more on maintaining strong relationships with his family and friends, Mansell said.

“It affected him immensely,” Mansell said. “I feel like every day, he truly strived to, live for and through his dad. It was very influential with how he lived after. He really took care of his friends and family after.”

After Bartek graduated from UC, he returned home and was hired as a Cleveland police officer in 2019. He worked as a patrol officer in the Fifth District, in the northeast corner of the city.

None of his friends were surprised when he became an officer.

“It wasn’t shocking at all,” Davis said. “Just knowing that he was a real community man and he wanted to serve people to make sure that everybody around him was able to live in a place that they love and that was safe. It felt like his calling.”

Mansell and Davis said he was the lynchpin of their friend group, especially as many moved to cities across the country. He constantly stayed in touch with people and helped plan trips to visit friends every few months in their new cities, including Boston; Fort Lauderdale, Florida; Chicago; and Washington D.C.

Though many of his friends moved away, Bartek told friends that he stayed to be close to his family.

“The response was always I can’t leave. I can’t leave my family behind here,” Davis said. “You know, he always put his family at the forefront of everything.”

Another childhood friend, Emily Vulpio, said she immediately was drawn to Bartek’s friendship in the fifth grade and the two spoke often.

She once called him up on a whim because she wanted to see him, and to see if he could help remodel a friend’s bathroom. He jumped at the chance, and made a seemingly mundane task seem like a party, she said.

“He just charmed everyone around him, and made everyone so happy to be his friend and be in his presence,” Vulpio said. “He really put the work in to have good relationships in his life. The last thing he said was 2021 was his best year and he was so excited for 2022. I think as tragic as it was that he was taken away so early, he left off on a good note and I think he was in a really good place.”

Over the weekend the Cleveland community and Cleveland Police Department suffered a tragic loss with the senseless death of Officer Shake Bartek.

All you really need to know about the man was quoted above. Hard-working, selfless, dependable, man of integrity are all words and phrases we see time and time again used to describe men and women in blue. And it was no different with Officer Bartek.

"The nicest person I ever met" might be the highest compliment you could give about another human being. And that's what the people who knew Officer Bartek the best thought of him, which says a lot.

This story is such an awful way for the community, and Shane's family to begin the new year.

We put together a shirt that's now for sale in the Barstool Store and are once again donating all proceeds from it to the Cleveland Police Department Heroes Fund.

Donations will go towards Officer Bartek's funeral arrangements, and taking care of his family's costs and needs during this time as well as families of other officers killed or injured in the line of duty. 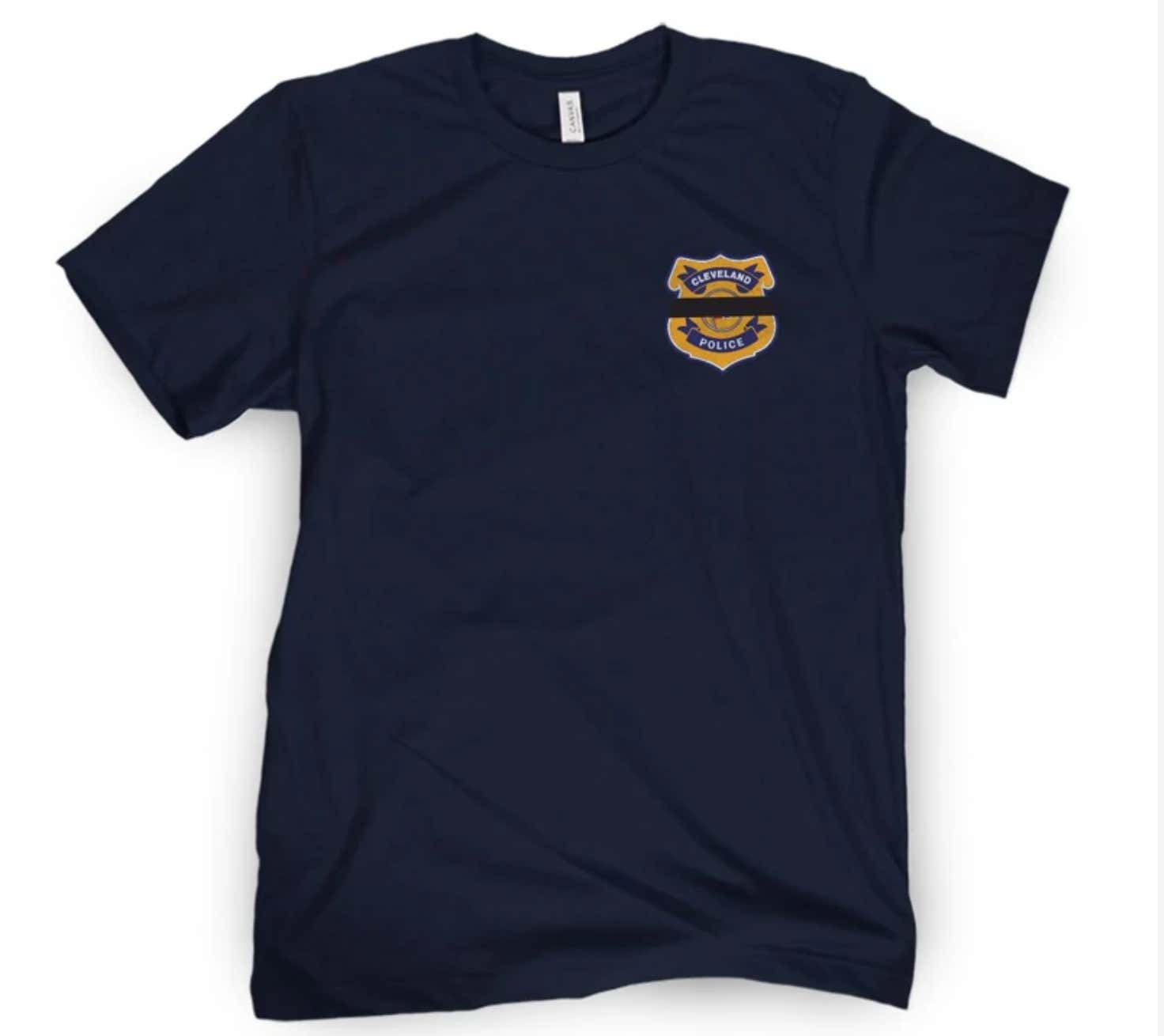 UPDATE - We added a hoodie version- 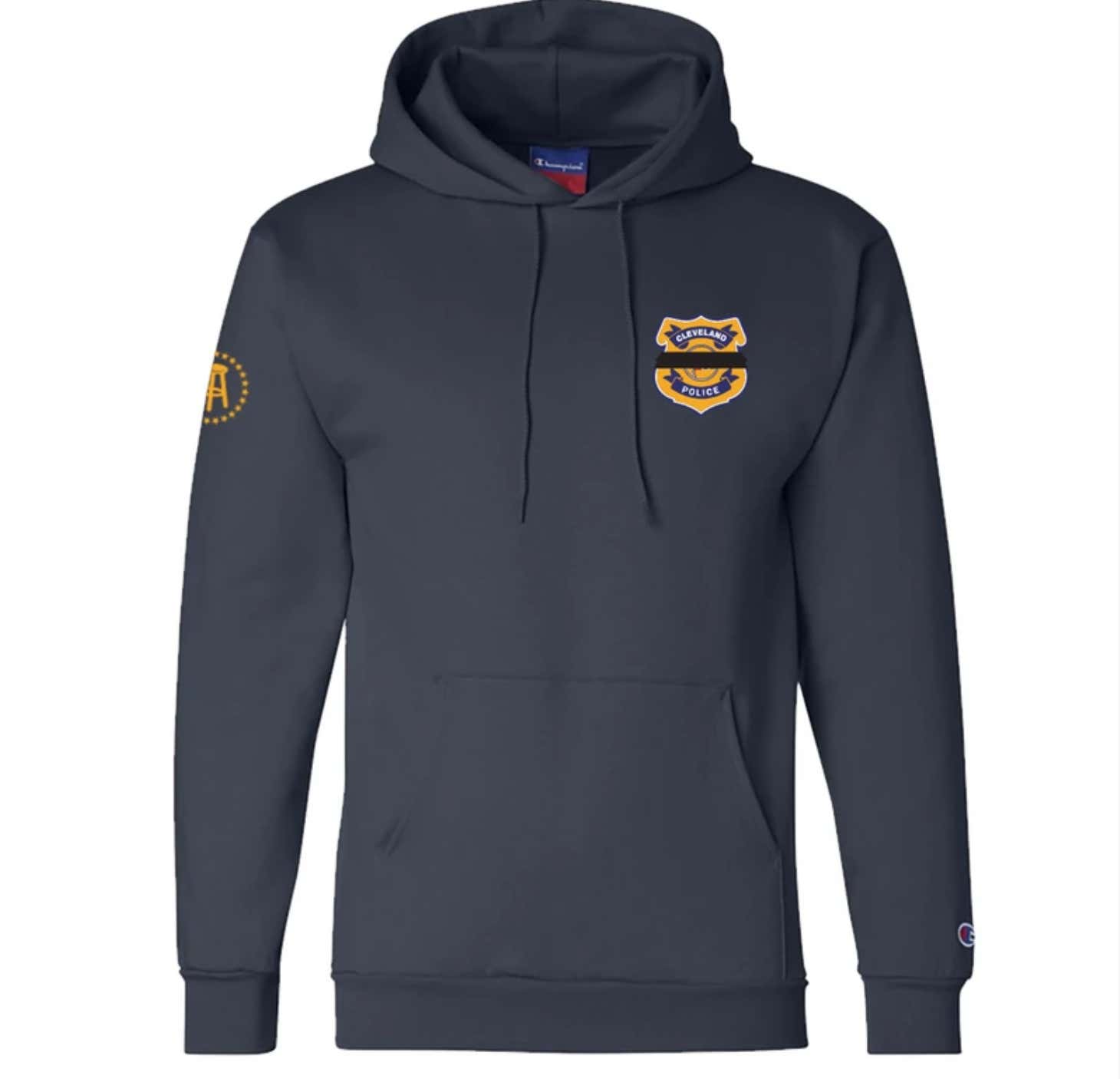