I don't want to call out Eddie but same time I have a professional obligation to stand up for Team Chicago and draw attention to the controversy surrounding yesterday's Red Line. It's absolutely unbelievable to me I'm writing this blog but here goes.

There's 4 guys in Chicago. 3 guys to a Dozen Trivia team. Eddie is with Pres and Clem leaving WSD, Chief and myself to form our own team. Without getting too far into the history books, our Team Chicago triumvirate has consequently created countless moments and highlights. Along the way we dropped plenty of touch matches, but we battled throughout the first year to give the people what they want.

Fast forward to May 2021. It's the in-person Dozen Trivia Tournament hosted in NYC. Front and center under the bright lights on the big stage. Naturally we stumbled in the 1st round losing to Smockin' and their 3 extreme personalities. It was a tough match filled with learning lessons.

We spent the offseason marinating in the wisdom of defeat. Obviously our #1 goal will always be a staunch commitment to entertainment, but we want to smash some fucking people in the process. We came into this fall season hell bent on reclaiming our names and reputations as average 30-something year olds. Meatheads, yes. But we have enough experience in the Dozen to make a run. We knew that and we believed in ourselves.

A few months later, now I write this blog as the Dozen Trivia belt holder alongside Chief and WSD. You know the storyline. Tommy Smokes collapsed. Castellani got waxed. Honkers couldn't keep up. We're on an epic run of historic magnitude that should be considered nothing short of magnificent. Just look at the size of that crown: 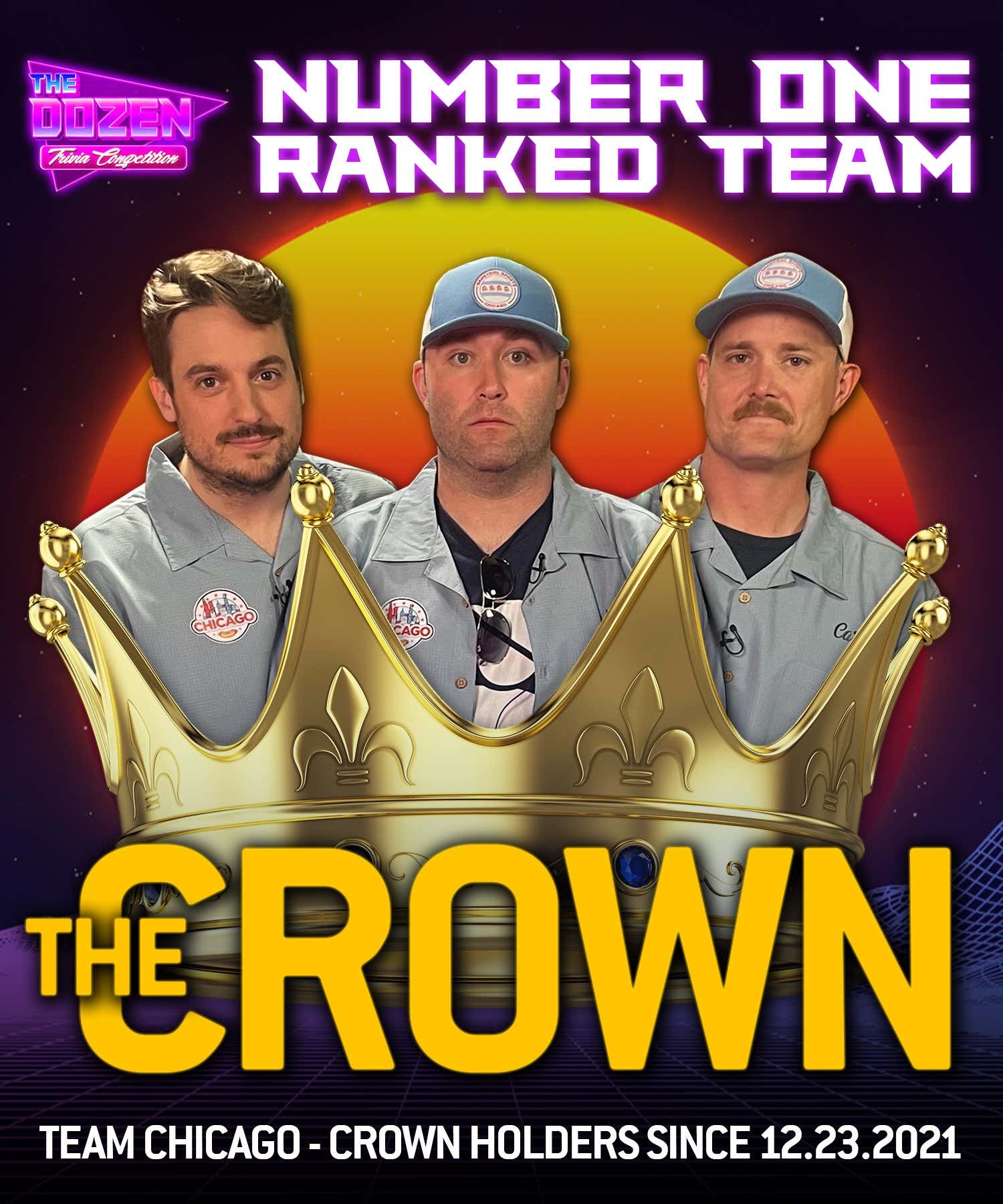 People forget this is like boxing. You hold the title, you're considered the champion. Don't tell me the Gold Medal winner from Tokyo is the best boxer in the world. Everyone knows it's determined in the chaos of the regular season, and right now we're the kings of chaos.

Eddie's arguments are disappointing but also an opportunity to bring us together. That's where I want to go from here. I'm a solution seeker and pointing fingers won't get us where we need to go.

In that spirit, everyone go listen to yesterday's Red Line and subscribe to YouTube in the process. There's a reason I always ask and that's because it's important.