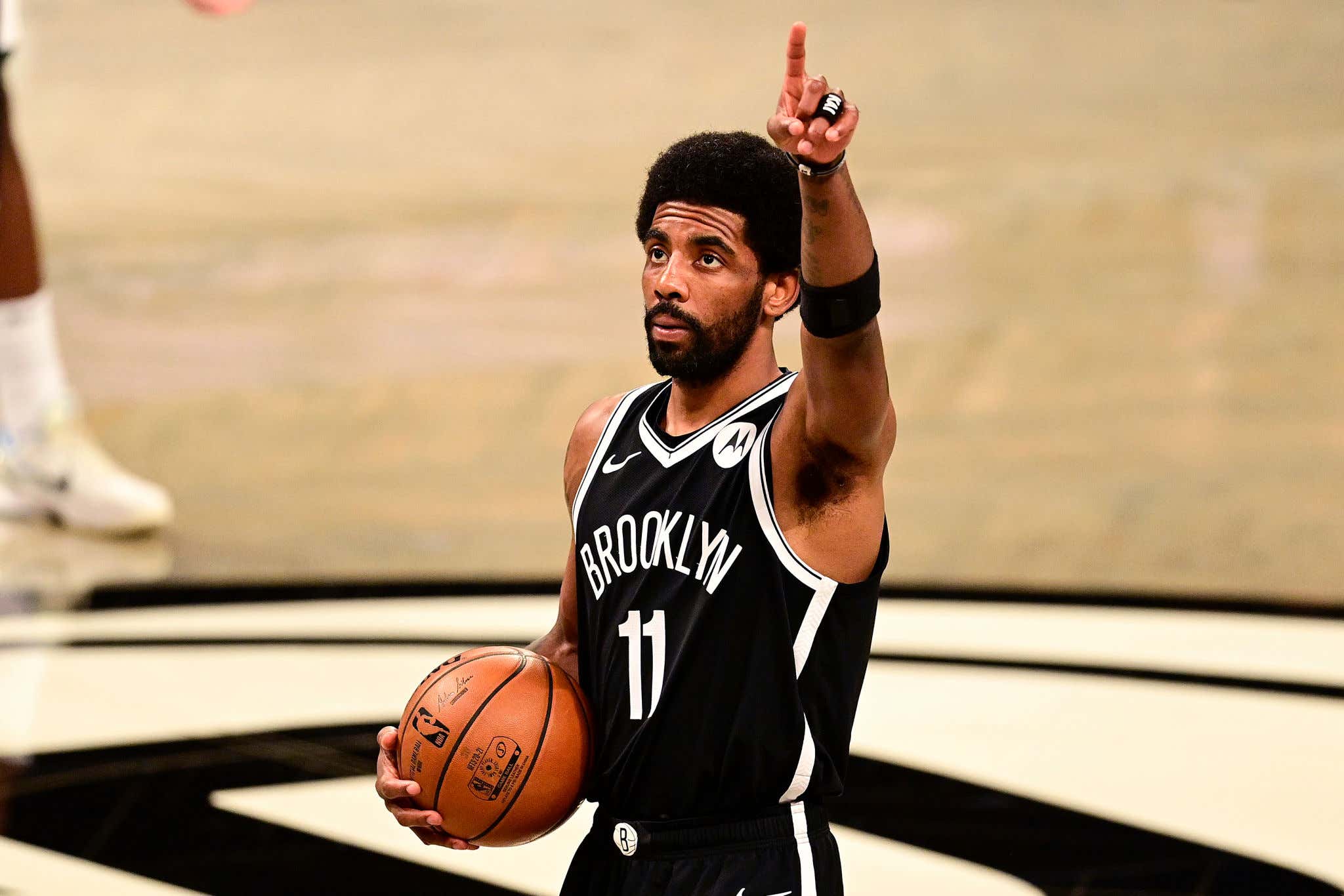 Given everything that was happening in the world back in October, it felt like the Nets were covering their PR tracks a little bit. Then the season started and they had some covid issues, much like a lot of teams. You know what those teams did? They signed 10 Day guys. Suddenly, the Nets changed their tune. All that conviction from back in October apparently didn't exist come December when they first announced that Kyrie would be allowed to play. The thing is, it's not like the Nets were having a bad season either! They are still competing for the top spot in the East. It almost felt like they wanted to go back on their earlier stance and were trying to use their covid issues as an excuse, despite the fact that Kyrie can still only play in road games. Not only that, this is their injury report

That is not a roster that is gutted with health and safety protocols anymore, yet today will mark Kyrie's season debut. It comes at a time when the Nets are sliding a little bit losing their last 3 games. Is it hypocritical? Sure! But that's life when Kyrie Irving is on your team. You twist yourself into a mental pretzel because his basketball talent is so undeniable. Trust me, I spent two years doing it.

The same will happen with Nets fans. Those that crushed him and couldn't stand him when he was pulling this stuff back in October will be singing a different tune today when we all watch him play. That's what his talent does. It goes without saying that a healthy KD/Kyrie/Harden are the favorites to win the NBA title, which is probably why fanbases of other contending teams are most likely annoyed with this. Me personally, I am in no position to even give a shit what the Nets do or don't do. My favorite team is just hoping to get to .500 today. I just know how the process works because I lived it. Excuses will be made for him by that team and that fanbase because he'll probably have a huge night tonight against the Pacers. Ask anyone who roots for Kyrie's former spots and they'll tell you they've done the same. I've done the same.

I do wonder, if the Nets had some sort of insane lead atop the East, like 5 games or something, would Kyrie be playing? Or is the fact that the Bulls have had a great first half and the Bucks are tied with the Nets with the Heat just 1.5 games back playing a role here? I think we know the answer. The Nets had a stance until it was in their best interest to no longer have that stance. That's kind of weak, but again, predictable.

What I'm curious to see is what happens once we get to the playoffs. Maybe the rules might be different by then, but imagine if he has to sit out a Game 7 and it costs the Nets another season where they were supposed to win the title? That would bring even more chaos, and how could you possibly spinzone that?

But in the meantime, this type of talent will be back on our television screens

as will all the headaches that come with it. Welcome back.