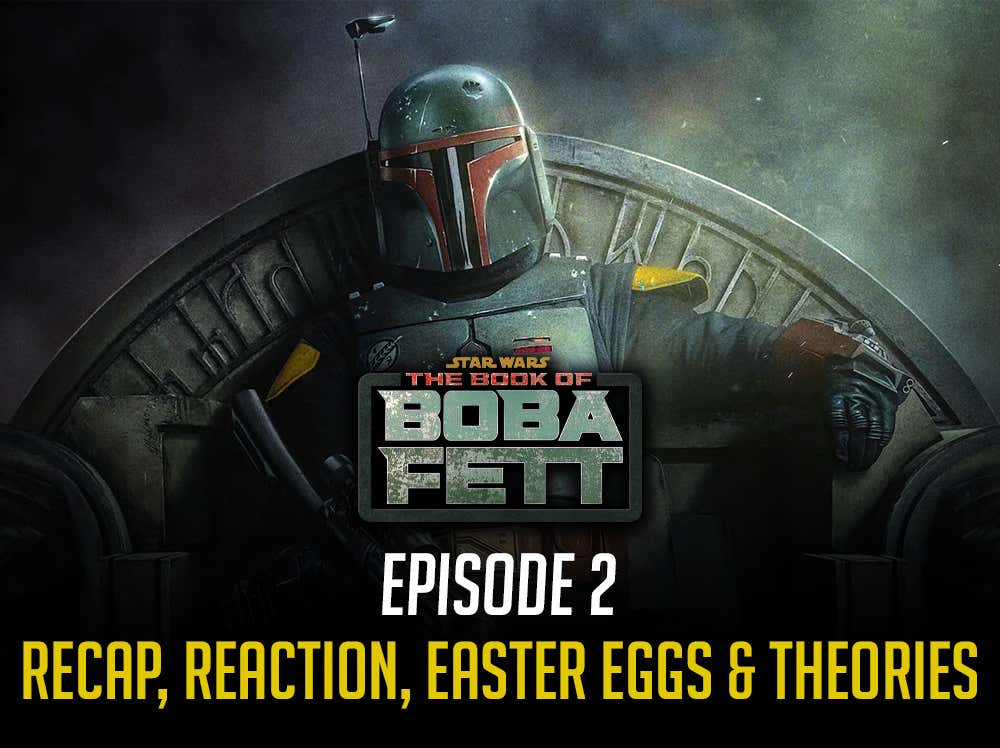 We pick up right where the last ep left off. Shand brings the captured assassin(Who is a member of the "Order of the Night Wind") back to Boba's palace, where they bluff him into revealing that he was hired by the Mayor of Mos Espa. Boba takes his prisoner, drags him to the Mayor's office and asks him why he sent the assassin after him. The Mayor responds by having the assassin killed, saying that it is illegal for members of that order to operate outside of Hutt space. Guess they are the FBI of the Hutts or something. He also tells Boba that he should return to Madam Garsa, the Madame of the Cantina whorehouse(?) that they visited in the first episode to find some answers.

Garsa tells Boba that "The twins", huttese cousins of Jabba, had claimed Jabba's territory. Boba basically says those horny, glutinous fatsos are too busy on Nal Hutta(The huttese homeworld) to be bothered with Tatooine. LOUD BUZZER NOISE. The twins immediately show up on the doorstep and demand Boba surrender his territory. Boba tells them they can fuck right off or pay the iron price for it. The Twins have a pretty intimidating looking Wookie bodyguard, but they decide to work it out later. Boba goes home and back to the bacta tank, where he has another flashback to his time with the Tusken Raiders.

At the camp, Boba is now accepted in the tribe after killing that sand monster in the previous episodes. Like I theorized, the matriarch(?) teaches Boba how to fight with a Gaffi Stick. While training, an armored hover-train passes through the territory and kills some of the raiders and their banthas. Boba decides to do something about it, and this is where we go into full samurai/western mode. He goes to a local saloon where some outlaws are causing trouble. He walks in and beats the ever-loving shit out of all of them, steals their speeders and brings them back to the raiders. He later teaches the Tuskens how to ride them and how to fight with them.

Boba then organizes a plan to take out the armored train. They ambush it the next time it comes through their territory, taking it over and stopping the Pyke Syndicate protectors. They take their shipment which includes guns, water and spice(which is like the coke of the Star Wars world). Boba tells the Pykes that they can live, but they must pay a toll to use their territory from now on. The Tuskens gift him this little geico gecko that tunnels its way into Bobas nose and gives him a full on acid trip. He dreams about the Sarlacc pit, his father Jango, and this big mysterious tree. He wanders back into the Tusken camp with a lizard hangover and a tree branch in hand. They have a big ceremony where they dress Boba in their traditional clothes, they build him his own gaffi stick out of the branch he brought back, and they later have a big village dance around the fire.

I really liked this episode because it blended a lot of classic and familiar plot notes and infused them into Boba's story. The "hero teaches small village how to defend itself vs large, better equipped enemy" story is one that is a classic in old cinema. It's also one that you can tell Dave Filoni absolutely loves. He has incorporated that exact theme into episodes in 'Star Wars: The Clone Wars', 'Star Wars: Rebels', 'The Mandalorian', 'Avatar: The Last Airbender', and probably 'Star Wars: Forces of Destiny'(I haven't watched yet). Dude loves it and I understand why.

We get introduced to more Hutt characters as well, which is always a plus. A lot of you know Jabba but not as many of you know Zero the Hutt, who was in a few episodes of 'Star Wars: The Clone Wars'. He was like a southern aristocrat type crime lord that absolutely cracked me up every time he was on screen.

Look out Mintzy, there is a new king of the south! Jk, he died so RIP. Zero was actually Jabba's uncle and the Twins are Jabba's cousins, so he might even be their dad for all I know. Anyway, I love getting to know more Hutt characters and figuring out more on how these giant slugs became the dominant crime family in the galaxy.

Seeing Boba find some semblance of family was also nice considering he was basically a lifelong loner after his dad got killed by Mace Windu. My biggest critique of this episode is how they handled Boba's dialogue. One of the cool things about Boba is that he is a man of few words. That stoicism makes any badass character significantly cooler. He has a line in this movie where he says "The twins are too preoccupied with the debauchery of Hutta to bother with any ambitions on Tatooine." Like, that just isn't him. Don't flex the vocabulary of a character known as a man of few words. It almost reminds me(although not nearly as bad) of True Detective season 2 where they had bad guy Vince Vaughn acting like a human thesaurus.

- CAST: This episode, like the last one, features UFC fighter Frank Trigg as one of the Gamorian pig-faced guards. Executive producer/director Robert Rodriguez voices the mayor. The main Tusken kid that is friends with Boba is played by Jimmy Kimmel's nephew, Wesley. Matt Berry, who you may know as Laszlo in 'What We Do in the Shadows', voices Boba's robot butler in the palace.

- BW Carlin also had a cameo as the Mayor's aide.

- The mayor is an Ithorian. We've seen them in Star wars before and the most memorable one is probably Momaw Nadon, who is in the cantina scene in Star Wars: A New Hope

- The biker gang terrorizing the saloon was made up of Nikto aliens. They're mostly thugs and enforcers, but there is one that is a Jedi in 'Star Wars: The Clone Wars'.

- The aliens running the train are Pykes and part of the Pyke syndicate. They're one of the biggest crime groups in the galaxy along with the Black Sun and the Crimson Dawn.

- The Wookie body guard that the Twins have is named Black Krrsantan. He's from star wars comics/books and is one of the most feared bounty hunters in the galaxy.

- The girl and guy in the saloon that is being terrorized are Camie and Laze, which is a huge deep cut reference. They were friends of Luke, and had scenes shot for A New Hope that were cut from the final version.

- I don't know where exactly this beef between Boba and the Twins will go, but I do think I know how it will end. The Twins have the bodies, firepower and money to make Boba's life hell which means they will take the fight to him. Fennec and Shand will probably do a little Thermopylae type stand that will end with a shit ton of the twin's people dying, but I think they will end up on the cusp of losing. What will stop their loss will be the Hutt's either stopping or killing the Twins outright for using the Order of the Night Wind outside of Hutt space. That seems like it was a pretty major no no, and I think it will come back to haunt them.

- Now that we are caught up with Boba's rehab from the Sarlacc, I think we might get one last episode laced with flashbacks where we will see Boba finding Fennec Shand near-death in the desert after getting shot by Toro Calican in The Mandalorian. He will nurse her back to health and then we will be caught up with the past and focused entirely on the present.

- I think we are going to get one bigger reveal in the next episode. They've done a good job grounding the episode so far, but I think they know we want to have at least one major Leo-Pointing-Meme moment.