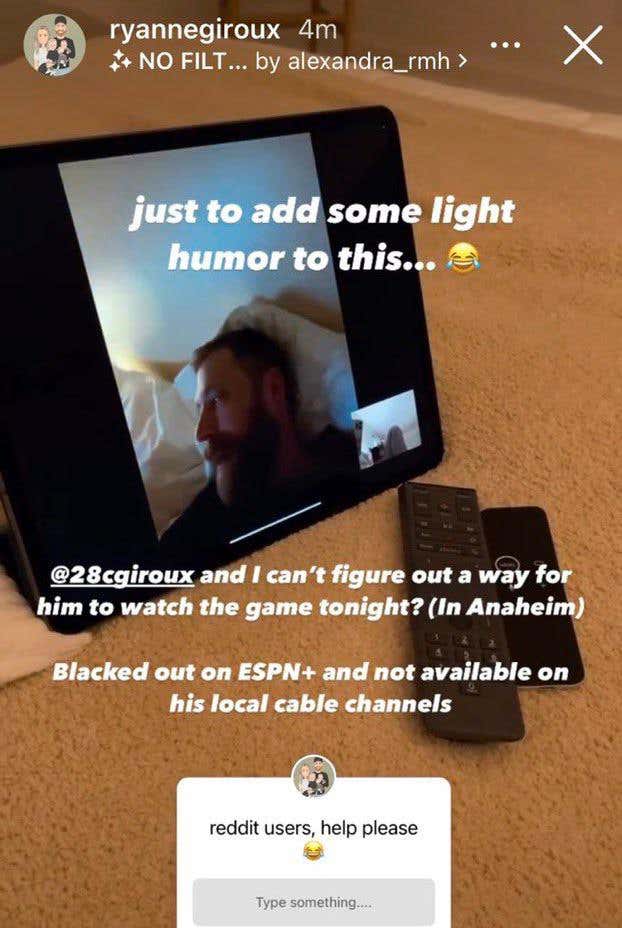 Captain stuck in a hotel room in Anaheim while feeling perfectly fine because the NHL is still testing asymptomatic elite athletes? Check. Not being able to watch the game on the ESPN+ broadcast due to regional blackouts? Check. Not being able to find the local channel at the hotel because who the hell knows what teams are using what local broadcasters these days? Check.

That, my friends, is what we call the Gary Bettman Hat Trick. Claude Giroux getting fucked every which way because of the league last night.

I get it's a business and I'm sure there are some dollars and numbers that all add up for the leagues. But I'll never in a million years understand why professional sports leagues make it so damn difficult on the fans to watch their product sometimes. Not that I would ever use such a thing, but there are endless illegal streaming sites available for this very reason. Because people are sick and tired of needing to breakout a compass and a map to figure out how and where to watch certain games. My dream is that one day none of those illegal streaming sites exist. Not because what they do is immoral, but simply out of a lack of necessity. A man can only dream.

Either way, it's probably for the best that Giroux wasn't able to watch the game last night. Not like he missed much besides Troy Terry giving Carter Hart flashbacks to the 2017 World Juniors.

Legend has it that Travis Sanheim is still spinning around to this day. Yuck. 4-1 Ducks.