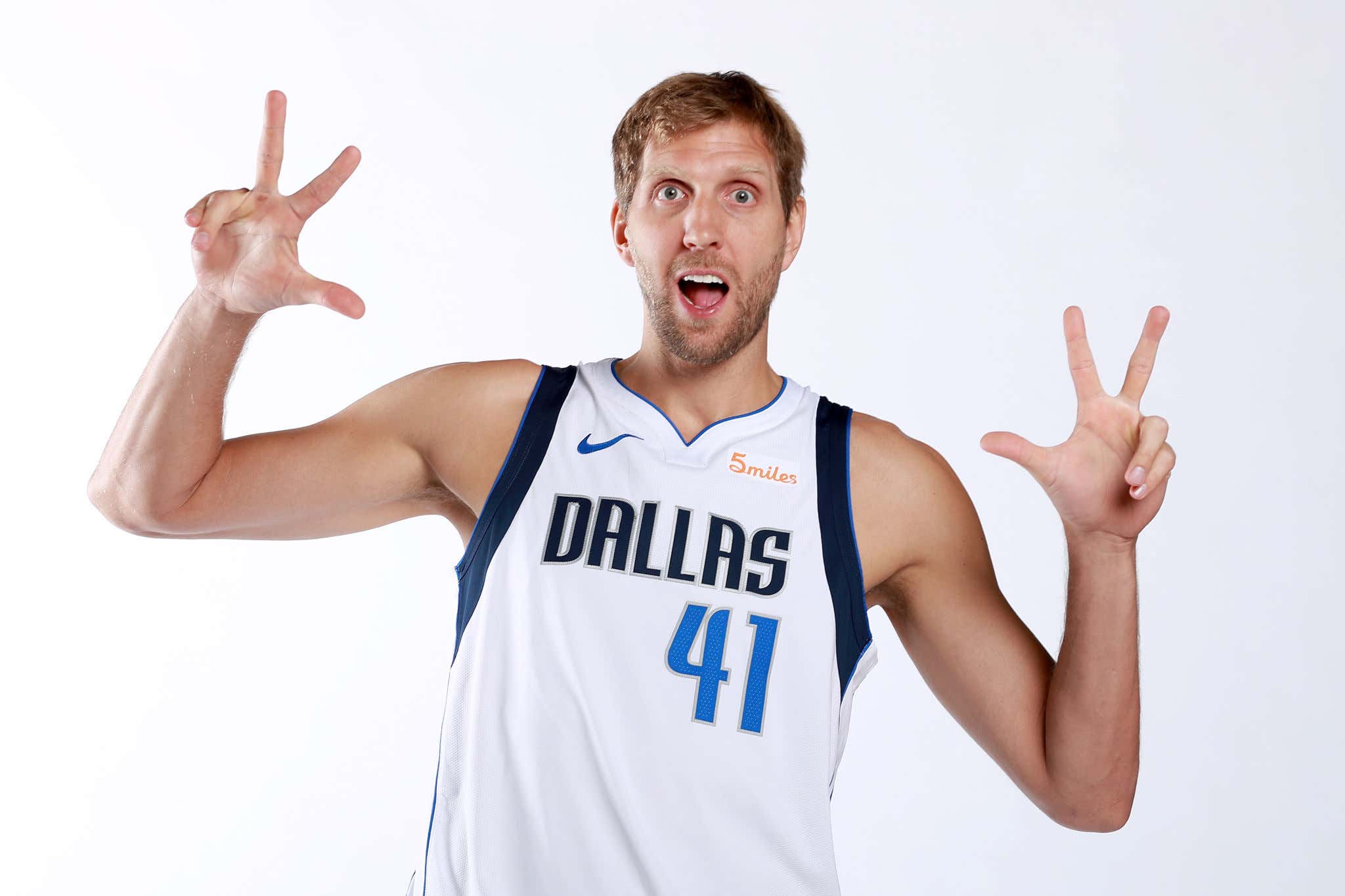 If I had to guess, I'd say Dirk is on the very short list of universally loved NBA players. Who hates Dirk? Do Heat fans even hate Dirk? Like sure he single-handedly took down their superteam but I feel like they also had 2006 so that's a wash. When you think of Dirk, you get pretty much every single thing you could want in a franchise player. A unicorn that changed how his position was played? Yup. Humble? You betcha. Can he carry you to a title? Sure did. Hall Of Fame? Obviously. Loyal? How about the only player in NBA HISTORY to play 21 seasons with one franchise, the only one he ever knew. A guy who took less and less money just so he could stay in Dallas and Cuban could build around him. When is the last time we ever saw one of the best players in the NBA do that?

So as you can imagine, tonight is a pretty big night for that franchise and Mavs fans everywhere, as it should be. There is nothing quite like seeing the best player in your franchise's history, the man responsible for the only title they've ever won, get his jersey raised to the rafters for the rest of time. Remember, the Mavs already have his fadeaway jumper as a decal on their court (which is awesome)

You can tell how much this means to everyone involved, Dirk talked about it yesterday during his press conference

and I have to say, it's pretty brave of Cuban and the Mavs to choose tonight of all nights as the game for this massive occasion. Why? Because the Warriors are in town. Maybe you've heard of them. Let me tell you from experience, it's not always the smartest idea to honor one of the best players in your franchise's history on a night when another all time great (and better team) is in the building. That's how you end up with a moment like this

Not great! I'll tell ya, that really put a damper on what was one of the most emotional nights of my life. I don't want that for Mavs fans. Maybe Luka will have better luck taking down the best team in basketball tonight. A passing of the torch moment if you will. Wouldn't it be awesome if Luka hit his patented stepback game winner right in front of Dirk? Or maybe if he even unleashes the patented Dirk fadeaway for the win? Sorry for the hypothetical Mavs porn for any Mavs stoolie at work right now, I'm just trying to speak that into existence for you.

If I had to guess, we'll probably never see a situation like Dirk and the Mavs again. In today's NBA, nobody is staying with the same team for 21 years. First, playing that long is simply outrageous. Let's not pretend like that's all that common. Then to do it all for one franchise is even more ridiculous. You could say someone like Giannis might, he's loyal as shit, but he still has 12 more seasons to go until he gets to 21 years. Who the hell knows what will happen over that span. Maybe he wants a new challenge. Dame is also loyal as hell, but I don't see him playing 21 seasons. In all of NBA history, only Dirk and Kobe have ever broken 19 seasons with one team. I suppose Udonis Haslem will count if he's on the Heat roster next year, but he hasn't played in like 5 years so I don't really count that.

Largely considered the greatest shooting big man of all time, there's no better way to end this blog than reliving just how dominant Dirk was.

A true living legend no matter how you slice it.