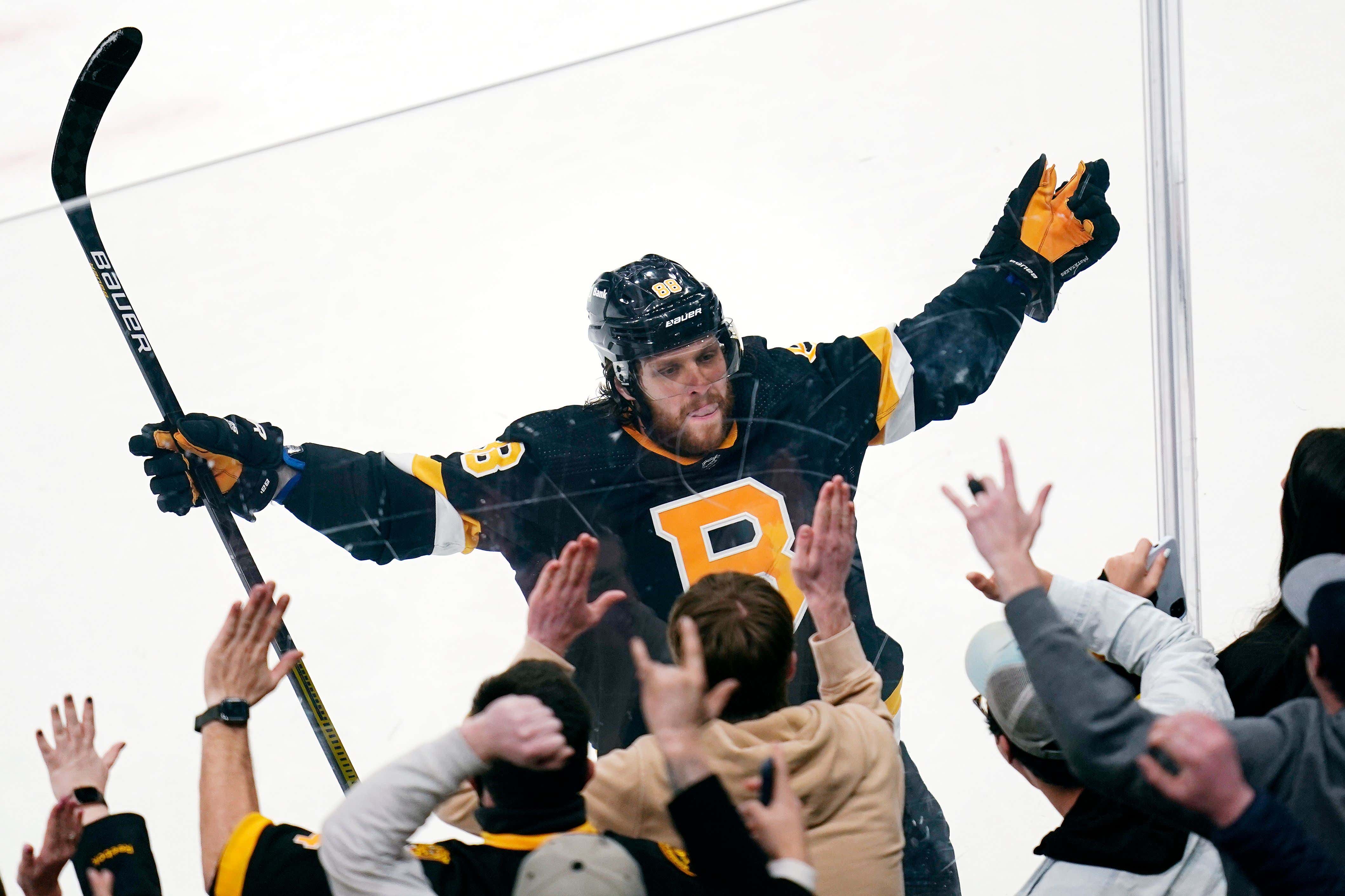 The Boston Bruins keep on rolling to start 2022. Tonight, a 5-3 win over the New Jersey Devils marked their third straight win.

Curtis Lazar opened the scoring, not a great goal to give up if you're Mackenzie Blackwood. 1-0 Bruins.

In the first minute of the 2nd period Nathan Bastian tied the game on a breakaway after a turnover in the offensive zone. 1-1.

The next shift Oskar Steen recorded his first NHL goal, knocking a puck in from the top of the net. 2-1 Bruins.

Tomas Tatar answered for the Devils in short order once again. 2-2.

Trent Frederic banked one in from below the red line to regain the lead for the Bruins. 3-2.

Damon Severson straight out of the penalty box scored to tie it up 3-3 with 12:24 left in the 3rd.

With less than 5 minutes to go in the 3rd David Pastrnak delivered with an incredible individual effort. 4-3 Bruins.

Brandon Carlo added a late goal from downtown to seal the deal. 5-3.

- Jake DeBrusk was added to COVID 19 protocol today (as am I, been brutal) and did not play. Curtis Lazar returned to the lineup after a one game absence.

- On the flip side of things the Devils were depleted, to say the least.

- Oskar Steen recorded his first NHL goal in the 2nd. He's looked really good since being recalled from Providence and is finally showing them what he can bring. Cassidy said regardless of DeBrusk's status (COVID) that Steen would've stayed in the lineup, he has earned his reps. Nice to see him chip in offensively as the B's start to see their secondary scoring come through.

- Trent Frederic has 2 goals in as many games. Nice to see him on the scoresheet. 4th line with 2 goals tonight with Curtis Lazar opening the scoring.

- Defense tonight for the B's was… optional to say the least. Couldn't hold the lead. Would've liked it to be a little tighter but 2 points is 2 points.

- For as well as the Bruins have been playing this year the PP could be better. What used to be automatic has been anything but lately.

- David Pastrnak finally broke through with his 9th of the year in the 3rd, his first goal since November 30th. Hope the floodgates open for him now. That's gotta feel good.

- Linus Ullmark got the start in net. B's kind of hung him out to dry tonight. 2 breakaway goals. Finished the night with 23 saves. It's gonna be Tuukka Rask time soon. I wonder if Cassidy gives Swayman a handful of games before then.

B's are back at it on Thursday when the Minnesota Wild come to town.