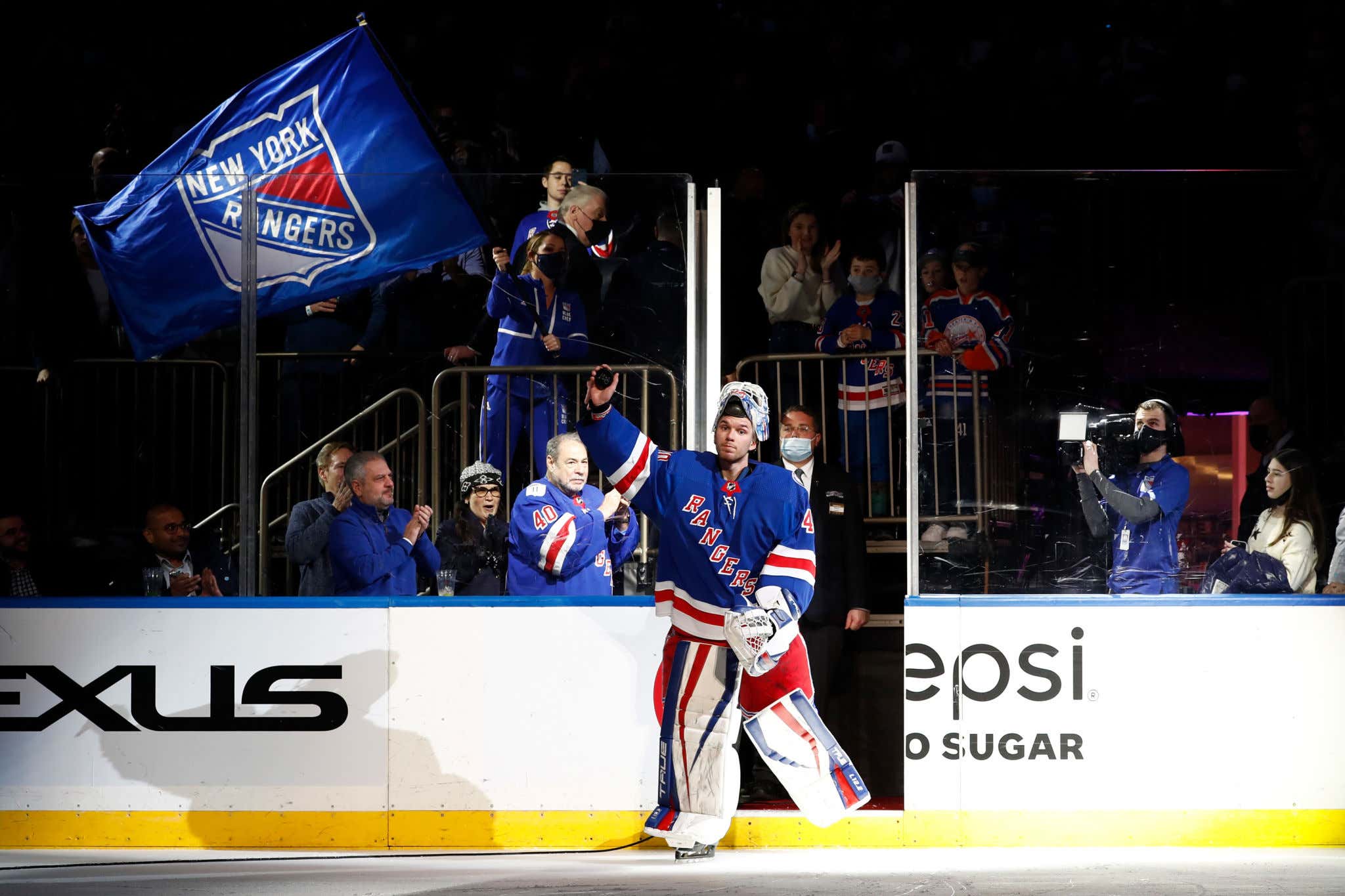 I'm trying to keep a level head about this New York Rangers season. I really am. But they're making it really hard because they won't stop fucking winning.

After coasting to a 4-1 home W over the Oilers last night, the Blueshirts sit atop the entire league with 48 points closing in on the halfway mark of the season. Even fans with the BEST hallucinogens couldn't have seen this coming and the scary part is, it looks like they're getting better and better. Since a 6-0 drubbing at the hands of the Flames a couple months ago, NY is 16-5-1. Both their PP & PK units are top three over that span and are big reasons why they're top-ten in goals for per game & top-five against. Of those 6 losses, just two were by more than a goal (both against the NHL's top offensive squad in Colorado). One was with a Rangers rookie debut between the pipes and the other only ended a 2-goal loss thanks to an insurance goal with less than a minute left on the clock. They're in every contest they skate regardless of the type of game being played.

You want a route? Cool. The Rangers are 11-5 in multi-goal decisions on the year. You wanna play a tight game? No problem. The Rangers are 11-3-4 in one-goal finals. However you wanna dance Gallant has his Blueshirts coming out on top most of the time. And for the shortsighted crowd saying "yeah but they can't beat playoff teams" just take a look at their last three tilts. First a win in TB over the Cup champs. Then, without Panarin, a 4-0 goose egg over those same Bolts. Then, without Panarin and Shesterkin, it was Alexandar Georgiev keeping the dynamic duo of McDavid & Draisaitl off the scoresheet for their 3rd straight W in 4 nights over a team in playoff position. You can all just shut up now.

Speaking of Georgiev - what a turnaround for the 25 year-old who had a brutal last season and an even worse start to this one. But ever since Shesterkin left the SJ game due to injury a month ago, Georgie has been one of the best netminders in the league. No seriously, I mean it. A 4-2-1 record doesn't do his outstanding 1.79/.940 peripherals justice (he certainly wasn't the problem in a 1-0 L to Nashville). If he can maintain a level of "1B" play as opposed to "well I guess we can't play Igor every night" he'd further legitimize the Rangers chances of making some serious postseason noise, whether it be as injury insurance or keeping Shesty fresh.

I'm also gonna give some love to Alexis Lafreniere. Not just because he played a great game last night but he's fallen victim to sky high expectations among the fanbase when in reality, he's been exceptional considering the opportunity he's been provided so far this season. Most top picks land in spots where they get every benefit of the doubt in the book because their team sucks. Laf happened to find a home with a Rangers squad that was already on a path to being one of the NHL's better squads so it's been a delicate balance of developing their collective level of success with the individual success of Lafreniere and other kids. We all want Laf to be a superstar, but another 20-goal pace from a 20 year-old with minimal PP2 and top-six minutes is still impressive. Take a look at what he's done at 5x5 playing mostly with bottom-sixers Chytil, Gauthier, Goodrow & Blais:

Is the kid tearing it up? Nope. Is he developing into a responsible, well-rounded player who's offense should skyrocket whenever more top-level opportunity presents itself? Absolutely. Gallant tried him on the right side and it didn't work while Laf admitted he wasn't comfortable. The left side is occupied by the league's 3rd-leading goal scorer and a perennial Hart candidate. How and when that opportunity comes in the near future is hard to say, but don't make the mistake of thinking Lafreniere is anything close to a "bust". His time will come and he'll be more than just an offensive threat when it does.

Finally - face it boys & girls. Ryan Strome ain't going anywhere. Fans have been pleading to sell high for the last two offseasons but apparently his value isn't "high". This is who Strome is, Panarin or no Panarin. Once again when faced to skate without the Breadman, Strome hasn't stopped producing with 2G & 3A in the three games Panarin has missed so far. He's been as consistent as can be since the '19-20 season with 82-game rates of 69, 72 and now currently 71 points. He's a key cog to the league's 7th-best PP and chips in on the PK. He's a clubhouse guy, vocal leader and there's no doubt he'll be a Blueshirt next season & beyond. Strome has proven to be the real deal despite no one believing it was true.

And his NY Rangers are doing the same exact thing.