Source - Tristan Thompson is officially a dad of three -- revealing he's the father of a baby boy recently born to a woman from Houston after getting the results from a paternity test -- and apologizing to his former girlfriend and mother of his child, Khloe Kardashian, in the process.

The NBA star posted Monday, saying, "I take full responsibility for my actions. Now that paternity has been established, I look forward to amicably raising our son. I sincerely apologize to everyone I've hurt or disappointed throughout this ordeal both publicly and privately." 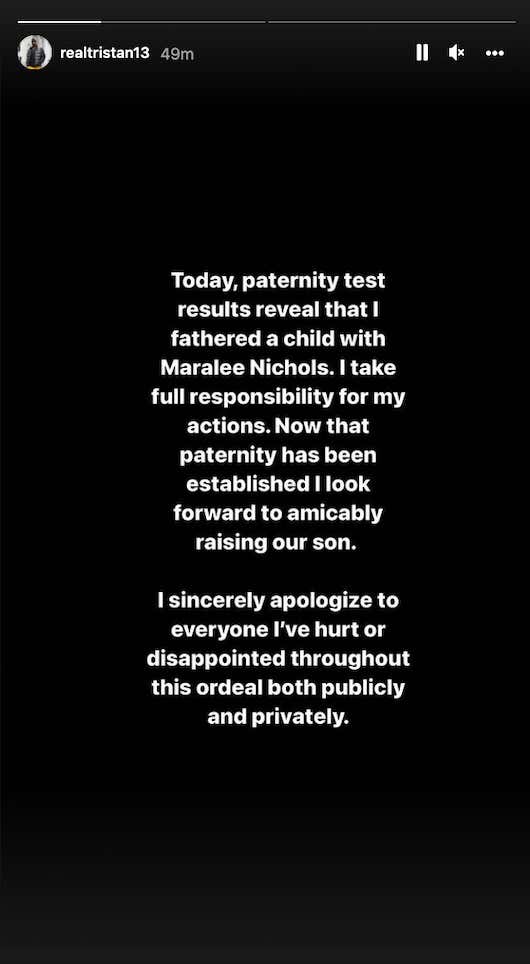 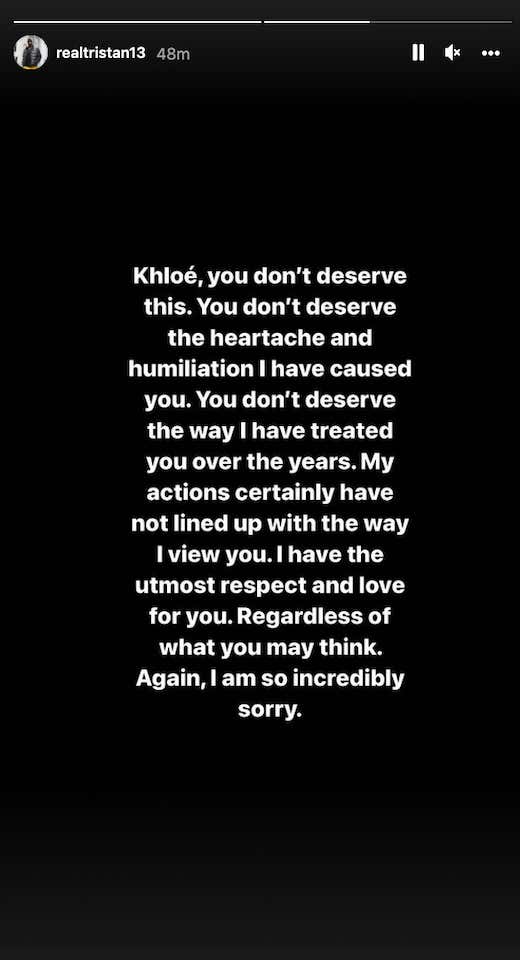 It's Tristan's third known child, and according to Maralee's timeline … he was still publicly with Khloe when they hooked up back in March.

Well that's lovely. Maybe it was Tristan's New Year's resolution to come clean about all the kids he's had behind Khloe's back. Sorry, the one kid he's had behind her back. There could be others but who knows. All I know is that guys who are that loose slinging their dick tend to have more than one illegitimate child. And let's not put all the blame on Tristan either, Maralee slept with a guy who she knew was datings someone else. That's makes her just as big of a scumbag as him. It takes two to tango, folks. Although the last time I wrote about Tristan was when his Snap conversation with Maralee leaked so maybe he takes the cake. You can read about that below…

He also asked a judge last month to place an "emergency gag order" on Maralee to prevent her from talking about the paternity case. In other words he didn't want people knowing what he did. Oh well. I'd be ashamed too. Unfortunately for him, the cat's out of the bag. Hopefully he can keep his dick in a bag long enough so that he doesn't have to relive this nightmare again. Best of luck, T. You're going to need it.