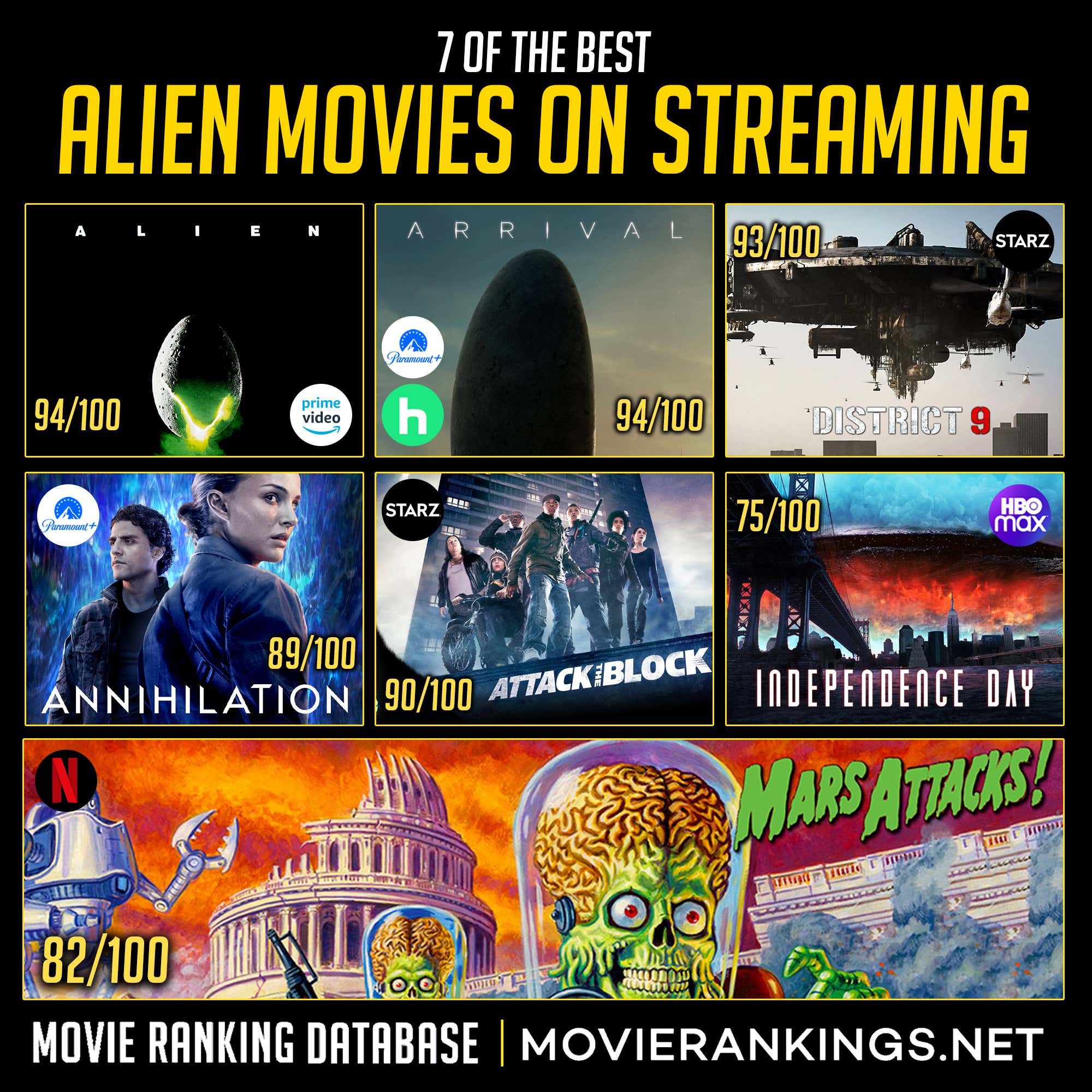 During its return to the earth, commercial spaceship Nostromo intercepts a distress signal from a distant planet. When a three-member team of the crew discovers a chamber containing thousands of eggs on the planet, a creature inside one of the eggs attacks an explorer. The entire crew is unaware of the impending nightmare set to descend upon them when the alien parasite planted inside its unfortunate host is birthed.

Taking place after alien crafts land around the world, an expert linguist is recruited by the military to determine whether they come in peace or are a threat.

From a technical standpoint, this is a nearly flawless movie. Gorgeous, smart, brilliantly acted and a great story. You see the bones in this movie for what makes Denis Villeneuve's future sci fi movies as good as they were.

Thirty years ago, aliens arrive on Earth. Not to conquer or give aid, but to find refuge from their dying planet. Separated from humans in a South African area called District 9, the aliens are managed by Multi-National United, which is unconcerned with the aliens' welfare but will do anything to master their advanced technology. When a company field agent contracts a mysterious virus that begins to alter his DNA, there is only one place he can hide: District 9.

If you ask me, Sharlto Copley is one of the most underappreciated actors in the game. The dude has killed every movie he has been in, but still only seems to get work from his former highschool classmate Neill Blomkamp. Anyway, the effects in this movie are great and it is a really great watch.

A biologist signs up for a dangerous, secret expedition into a mysterious zone where the laws of nature don't apply.

This is a little bit of a slow burn that may turn some of you off, but it is really fascinating. The sound-mixing is almost Zimmer-esque in how it dominates your senses and really makes you feel the creepiness and unease of the characters.

A teen gang in a grim South London housing estate must team up with the other residents to protect their neighbourhood from a terrifying alien invasion.

This is very British both literally and structurally. It blends a bunch of genres including horror, comedy and action. It's John Boyega's first movie role and he crushes every aspect of it.

On July 2, a giant alien mothership enters orbit around Earth and deploys several dozen saucer-shaped 'destroyer' spacecraft that quickly lay waste to major cities around the planet. On July 3, the United States conducts a coordinated counterattack that fails. On July 4, a plan is devised to gain access to the interior of the alien mothership in space, in order to plant a nuclear missile.

I don't need to pitch you on the blockbuster GOAT.

'We come in peace' is not what those green men from Mars mean when they invade our planet, armed with irresistible weapons and a cruel sense of humor. This star studded cast must play victim to the alien’s fun and games in this comedy homage to science fiction films of the '50s and '60s.

This is such a fucking weird movie but I can't help but love it. The weirdly stacked cast is amazing and this always pleasantly surprises me on rewatch.