That, my friends, is a completely different person from the scrawny, book-loving, Jeff Bezos we all grew up with. For those of you who have no idea what I'm talking about, here he is before Amazon hit it big... 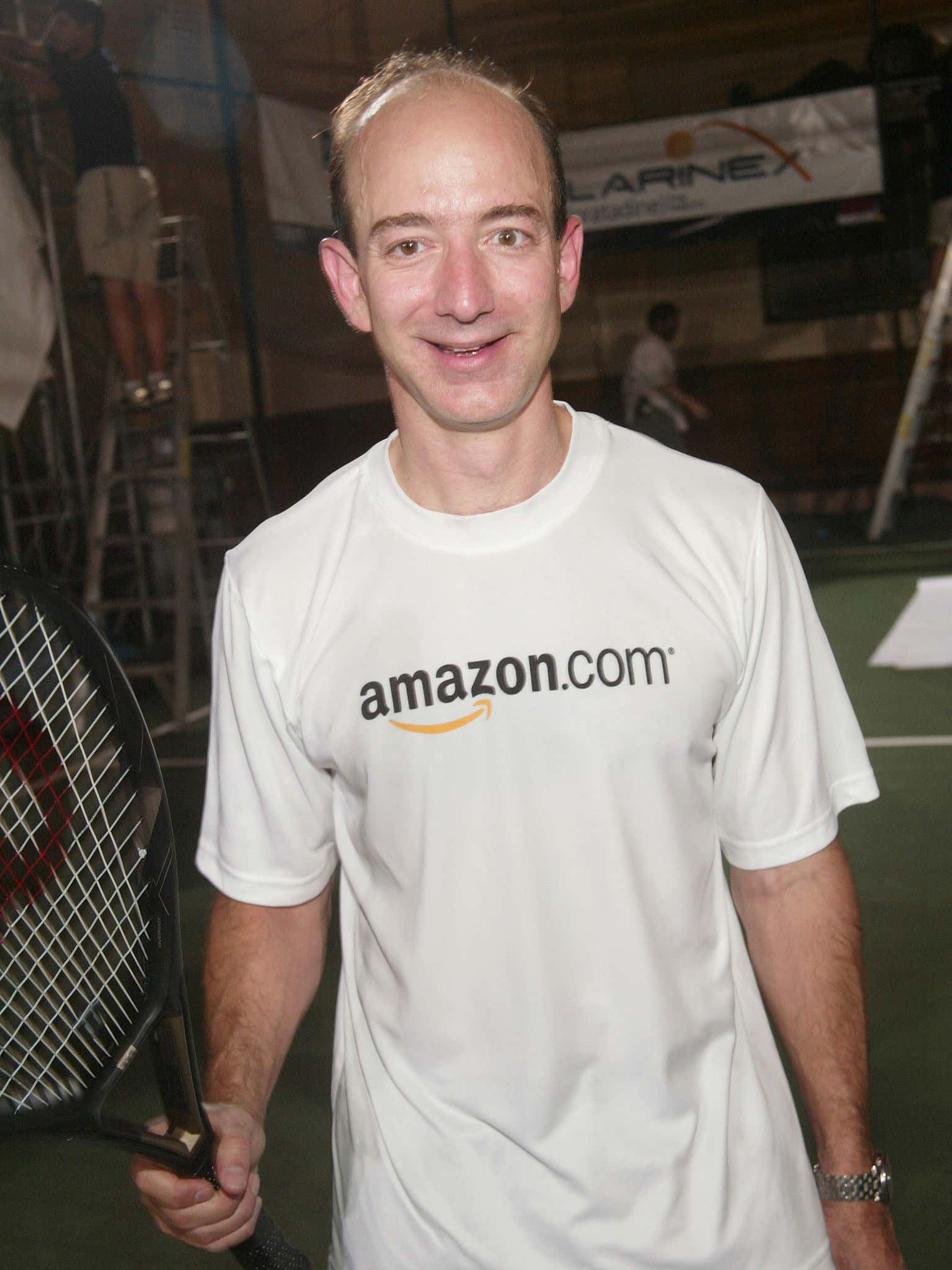 Gross. The first picture was taken just a few days ago while he was in St. Barts on a mega yacht with his girlfriend. Apparently he's NOT using HGH either. From TMZ…

Source - The 57-year-old Amazon titan has been working out like crazy with celeb trainer Wes Okerson. We're told he was on a strict diet and exercise regimen for months.

That said, lots of folks on social media are pooh-poohing Bezos' transformation, chalking it up to HGH.

A source with direct knowledge scoffs at the allegation, telling us the HGH claim is 100% false.

The source insists this is all Jeff and no drugs or other artificial enhancements. A recent report from Page Six says Bezos' trainer is Wesley Okerson, who also apparently was in St. Barts at the same time as Jeff … so you gotta imagine he's keeping him pumped up.

And you know what? I believe him. If you have that much money it's easy to transform your body naturally. All you have to do is hire people to kick your ass and hold you accountable. A chef, a trainer, a coach. It's not like you don't have the resources. You don't even have to go to the gym- you can build your own. The only thing holding me back from believing that Jeff Bezos is au naturale are those traps.

He's also been dressing like Pit Bull but that's a story for another day….

Jeff Bezos is becoming a hot guy and there's nothing we can do about it. Good for him. Every other billionaire has now been put on notice. Looking at you, Bill.