Yesterday after the Eagles beat the WFT, Jalen Hurts was almost crushed to death by some excited Eagles fans. They leaned the hard way FedEx Field is held together by an old gym sock and 3 pairs of your grandma's panties. This morning, a new angle of the collapse came out and it shows just how close they were to causing a realllllll bad injury. 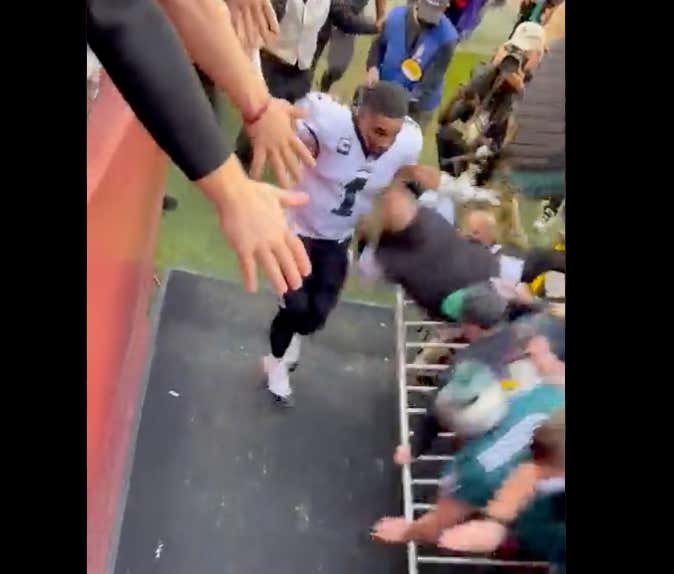 We really were 6 inches away from what could have been a really bad injury for Jalen Hurts at the hands of FedEx Field. Imagine if he was walking 6 inches closer to the railing and all that weight came down on his leg? Would have been really bad for Eagles fans, but spin zone with me here…hell hath no fury like an Eagles fan scorned. If Dan Snyder took out Hurts, the entire scumbag population of Philadelphia would be at Snyder's house by midnight ready to burn that sumbitch to the ground. Maybe it's what we needed, the powers of the NFC East to align to once and for all take down Snyder's regime, like some sort of twisted Avengers.

And this camera man, boy did he luck out too 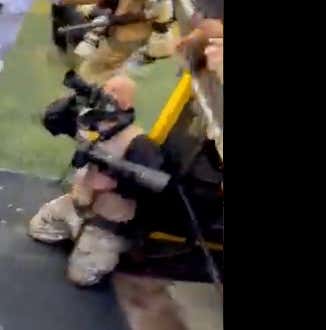 Glad he's ok, but in the fairness of my hatred of Dan Snyder, woulda been a real shame if…well nevermind, you understand.

But again, thankfully the problem has been fixed.