Let's be honest a video of Antonio Brown and an Uber* (personal driver according to his IG) driver rolling around NYC together was a very, very likely outcome. Almost as likely as hearing Antonio Brown mentioning something about a Netflix series. Am I going to watch? Sure am, but I am going to hate it. How can you not watch? Just look at the headlines from today alone.

How about Danny Boy here? First off, stolen valor with Danny Boy Cane. Second of all, the man is always hustling per his IG. 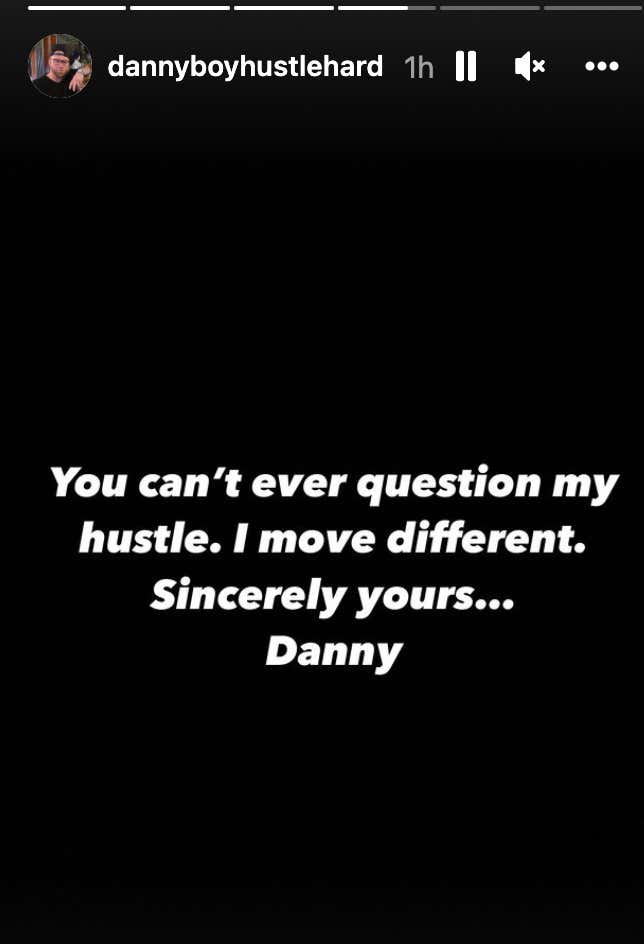 Sure enough the driver sort of resembles Seth Rogen. I'm starting to think this is all part of the plan for the Netflix show. Now, I know Bruce Arians isn't in on it since we both went to the same high school and wouldn't get duped here. But something is fishy more than just Antonio Brown being a loose cannon. And also a singer.

What the fuck is going on out here? The man played us! I'm even more convinced. He drummed up all this drama just to release a single. I've never been so sure of something before. The man transitioned from wide receiver to rapper and potentially Netflix star. Sounds all about right. Why act like we aren't in the weirdest of fucking times and what I just said is entirely possible.

The best part of this all is we're early in the night. It's 7:30 as I type this. Whenever I go to NYC this is basically lunch time is what I've learned. Buckle in because we might be getting Danny and Antonio Brown updates all night.