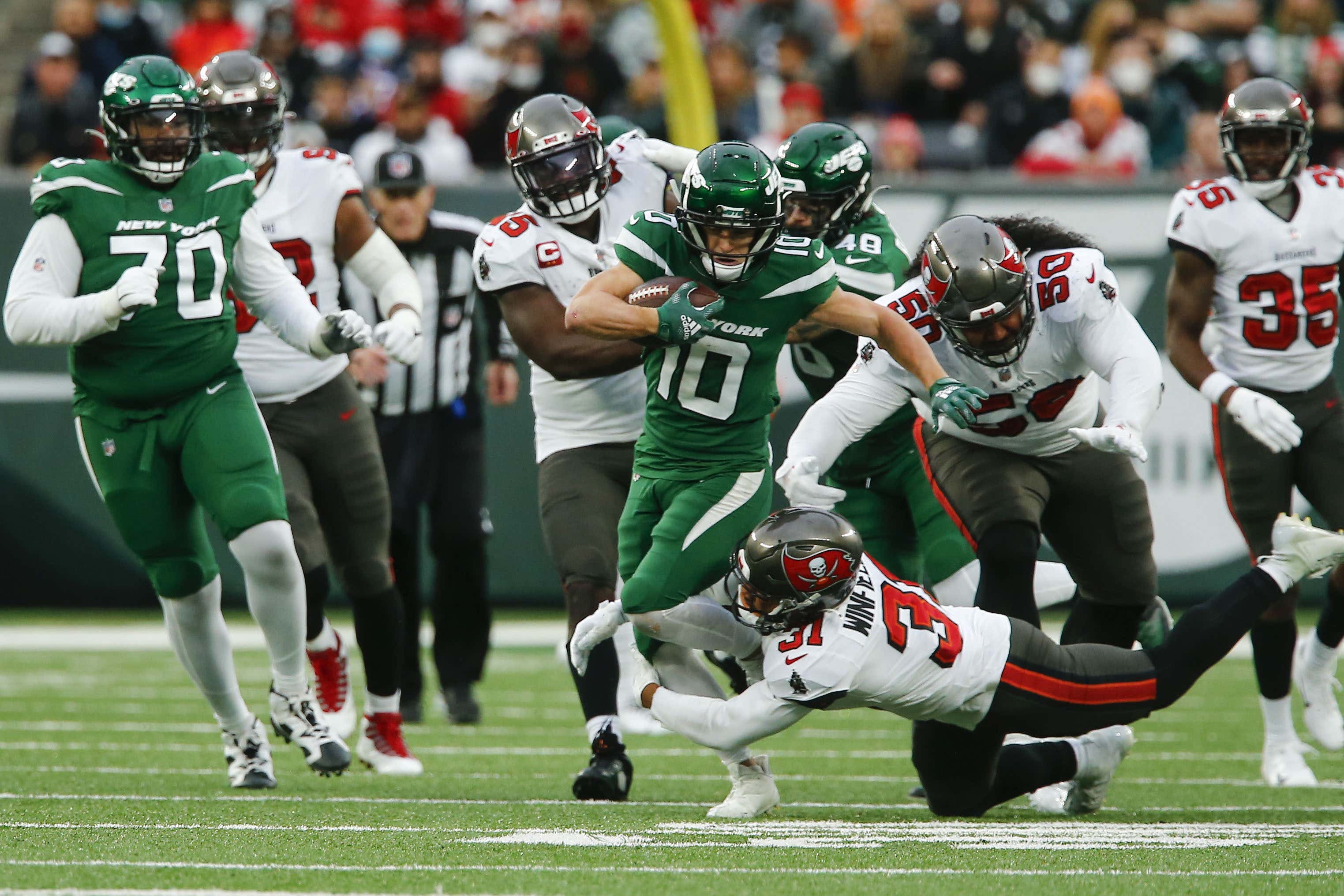 The Jets really had the best outcome for the future of the team this week. Zach Wilson looked more confident than ever, went a 4th straight weekend without a pick, and found a dependable offensive weapon in Berrios. Also, by not winning we ensure our high draft picks. Wilson's progress has been amazing no doubt since his injury.

The real star of the Jets team this game has to be Braxton Berrios, the guy who played his guts out. He is in contract negotiations this year and that guy definitely earned his money. Pay the man.

The opening drives and first half for the Jets were an amazing example of what this team strives to be. This team is a contender going into next season once a couple more pieces get into place.

This is the Jets offense we had been waiting to see come alive all season. This was Wilson's coming-out game. He shined and confidently made the throws we knew he could. The first half was enough to show me that the Jets could hang with the big boys.

The defense fired on all cylinders the majority of this game. To force Tom Brady into a stressful scenario where he ends up throwing a pick is huge, never the less keep that pressure throughout the game.

The Jets had a tougher second half converting on 3rd but then when it came down to seal the game. Just when it looked like they were going to run out the clock…

Even after this great run… Disaster struck.

This 4th and 2 call was a weird situation. In hindsight, I am glad it didn't go to plan.

Totally understand the miscommunication, and maybe Zach should have had the wherewithal to know the sneak wasn't a good play considering the down and distance. But now we maintain our draft pick and start to focus on next season. See the progress we saw in this game was awesome. It will continue in the offseason and I believe we could see a competitive Jets team in the fall.

But let me tell you when I saw them not convert that 4th down I already knew it was a loss. I even tried to jinx it by tweeting the above but Brady was going to dagger them.

… And he did. But remember the Jets played this game so shorthanded.

Zach Wilson had a Jets record 4 straight starts without a pick as a rookie. He is on a great streak since he got injured.

Now I wanted to discuss the Jets' progress before getting to the event that overshadowed what was happening in the game.

Antonio Brown as you may have heard flipped out and retired in the craziest way.

Bruce Arian cut him. But what do we not know about the situation? Even after Brown's missed games he still was in the vicinity of getting a million dollars of bonuses. Who knows if this played a factor.

I honestly don’t think it could be related as it almost seems as though Antonio Brown planned to leave the game.

He got picked up by a notorious Driver of the stars Danny Boy Hustle Hard, who is a guest on today's Pardon My Take, and seems like Brown was heading out to party in the city.

This is Chalet’s life. He drives football players — mainly Giants and Jets — wherever they need to go, in their best and worst moments. He takes pride in being prompt. If there’s traffic on the highway and he’s in a rush, Chalet will often drive on the shoulder and cut off a miles-long line of cars to get to an exit.

Recently, Chalet said, he was pulled over three times in the span of 12 minutes. He talked his way out of all three tickets, two of which would’ve been for speeding, the other for changing lanes without a turn signal.

He then proceeded to drop this rap song a couple of hours later.

I know this was all covered in previous blogs, but how can you talk about the Jets-Buccaneers game without talking about Antonio Brown.