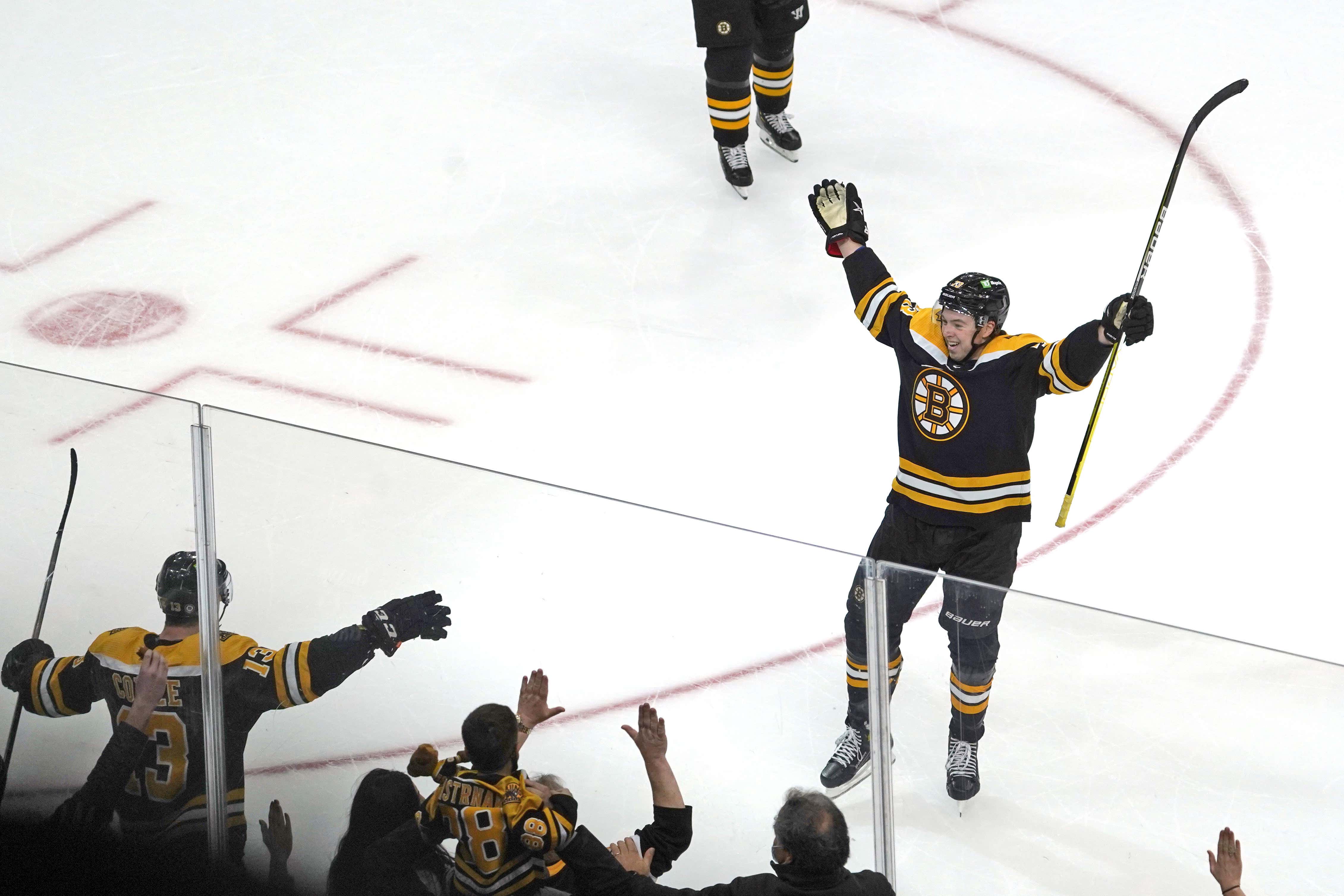 Happy New Year, B's fans. Charlie Coyle finished off the Bruins' comeback win scoring 34 seconds into OT after Boston erased a 2 goal deficit in the 3rd. Big two points for a team who hadn't played in 16!!! days. Let's get into it.

Vinnie Hinostroza opened the scoring for Buffalo. B's couldn't get the puck out. 1-0 Sabres.

Early in the 2nd Craig Smith tied the game for the Bruins. Greasy goal battling in front of the net. 1-1.

Another failed clear led to another goal against, this time Jeff Skinner. 2-1 Sabres with 8:28 left in the 2nd.

B's looked like they were gonna tie the game but Connor Clifton missed the wide open net, Craig Smith took a penalty and on the ensuing PP Alex Tuch made it 3-1 Sabres.

Taylor Hall sniped one to tie the game shortly after. B's crawl back. Nice net drive from Haula to back off the Sabres defenders. 3-3.

- B's get their entire roster back for the first time in a long time.

David Pastrnak got bumped down to the 2nd line along with Erik Haula and Taylor Hall. Craig Smith moved up to play with Brad Marchand and Patrice Bergeron. Cassidy trying to get some guys going. By the 2nd period Erik Haula was flipped for Tomas Nosek.

- Cassidy's switch paid off in the 2nd, when Craig Smith tied the game. His 3rd of the year in front of the net. Down 2 in the 3rd, Cassidy reunited Pastrnak with Marchand and Bergeron. We'll see what the lines are like against Detroit tomorrow.

- Boston went a whopping 0 for 4 on the man advantage today. Couple of good looks but nothing going. They flipped Nick Foligno for Charlie Coyle as the net front guy by the 4th PP.

- Nice to see Nick Foligno finally break through for his first goal as a Bruin. First Sabres goal went off him and in but he had a pretty good game himself. Goal doesn't happen without DeBrusk's drive to the net (he had a ton of jump today). Foligno the beneficiary. Hope this gets him going.

- Taylor Hall is another guy you want to see get going. Nice goal to tie the game against his former team. Snapped a 10 game goal drought.

- Charlie Coyle broke through with his 8th of the year in OT to seal the comeback victory for the B's.

- Linus Ullmark got the start in net today. Looked pretttttty rusty. I know B's didn't play great in front of him but would've been nice to get some stops. Jeremy Swayman will go tomorrow in Detroit.

Wasn't pretty, but nice to see the B's battle back and pick up the 2 points. Back at it tomorrow for another matinee in Michigan.