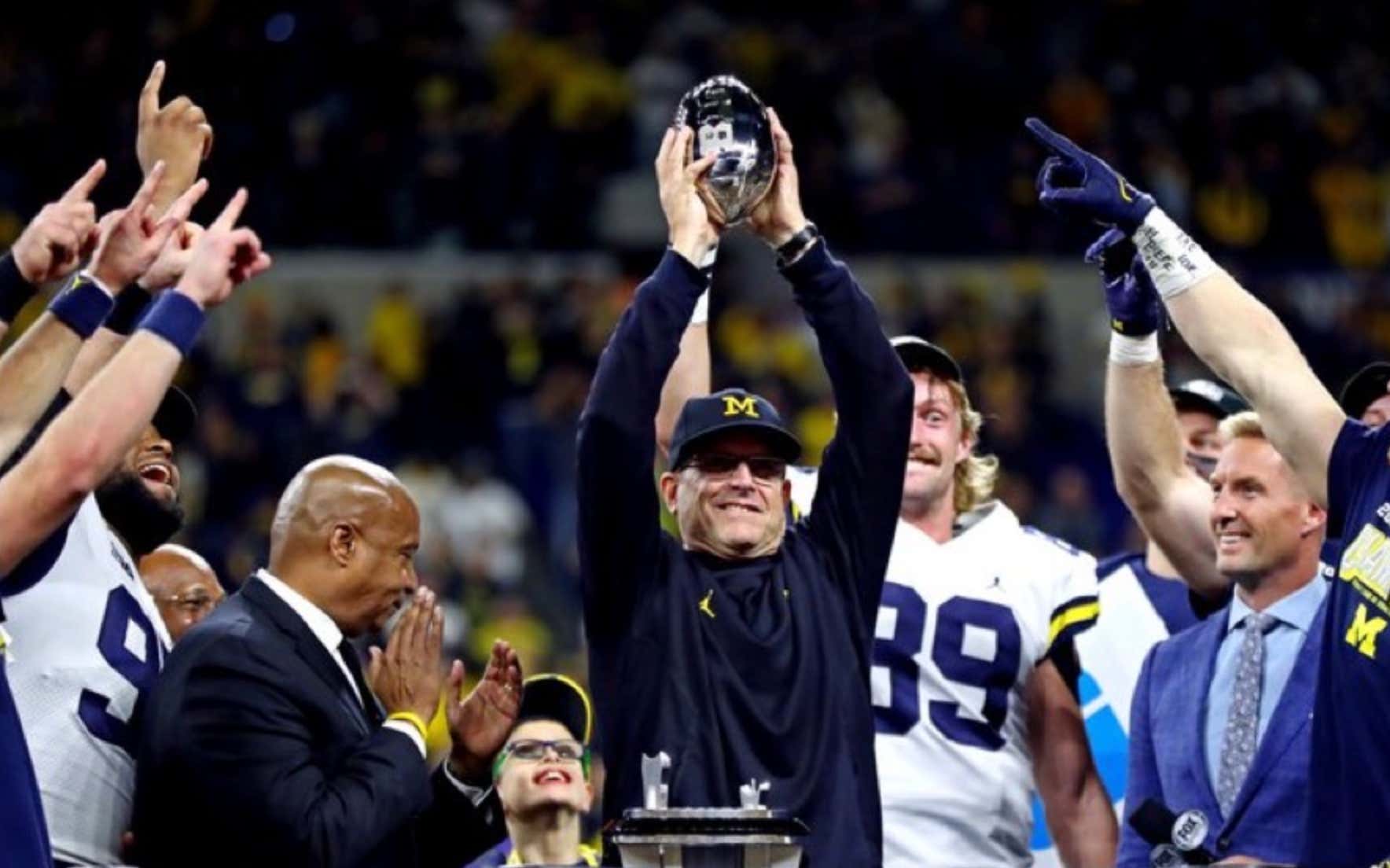 I think I speak for all Michigan fans when I say the Orange Bowl sucked ass. I can't be any blunter about it. That game was one of the biggest dismantlings I've ever seen on a football field. Georgia was better at every facet of the football game and deserved to win easily. What's sad is I still believe Michigan is probably the third best team in the country, but the distance between number 2 and number three is substantial, and this gams showed why. It was a gut punch and a half, but man o man, what a fantastic year.

I was done with them coming into this year. Not "done" in the sense that I'd fallen out of love with Michigan football, but I had given up believing that under Jim Harbaugh, Michigan would ever return to the college football promised land. I was tired of underachieving, all the questionable coaching decisions, and the horrible losses to rivals. I was so tired of dealing with the same storylines every freaking year. And I didn't think this year would be any different, but it was. Sometimes it just takes that one special group, and this was that group. Despite the awful ending, they deserve to be remembered for what they did as opposed to what they didn't do at the end. This was a team that could've gone sideways several times. They battled back to beat Nebraska. They fought back to beat Penn State. And the week they had, starting on the Saturday of the Ohio State game and ending with an absolute beat down of Iowa in Indianapolis for the Big Ten Championship, was the single best week of sports fandom I've ever experienced. It was 17 years in the making, and I loved every second. No playoff blowout can erase that.

Michigan football will have more questions that need answers. Will next year be when J.J. McCarthy takes the starting quarterback job? How in the world will they replace the production of Aidan Hutchinson and likely David Ojabo. Those issues will need to be addressed, but as of now, Michigan football as a program is in better standing than it has been in a long time, which is an insane statement considering a year ago at this time, everything seemed like it was off the rails. The next step is sustainability. Don't waste the momentum. They finally won the Big Ten. Let's not wait 17 years for the next one. Who knows what lies ahead, but 2021? 2021 was a fantastic year for Michigan football.