They say that every 8 seconds there is a new person out there trying to take fighting out of hockey. Trying to say that the sport is too violent and that it glorifies goonery. They'd rather have everybody out there sucking each other off during warmups than engaging in some fisticuffs.

Unfortunately there are many leagues around the world of hockey right now which have succumbed to that pressure. Leagues that have essentially been neutered. Where you can barely breathe too heavily in another player's direction or else you'll get slapped with a 3-game sussy. But not the Coast. Not the ECHL. Because when you're not unleashing clap bombs at your goalie's face from below the faceoff dots, here's what warmups are supposed to look like. Pure chaos and animosity. 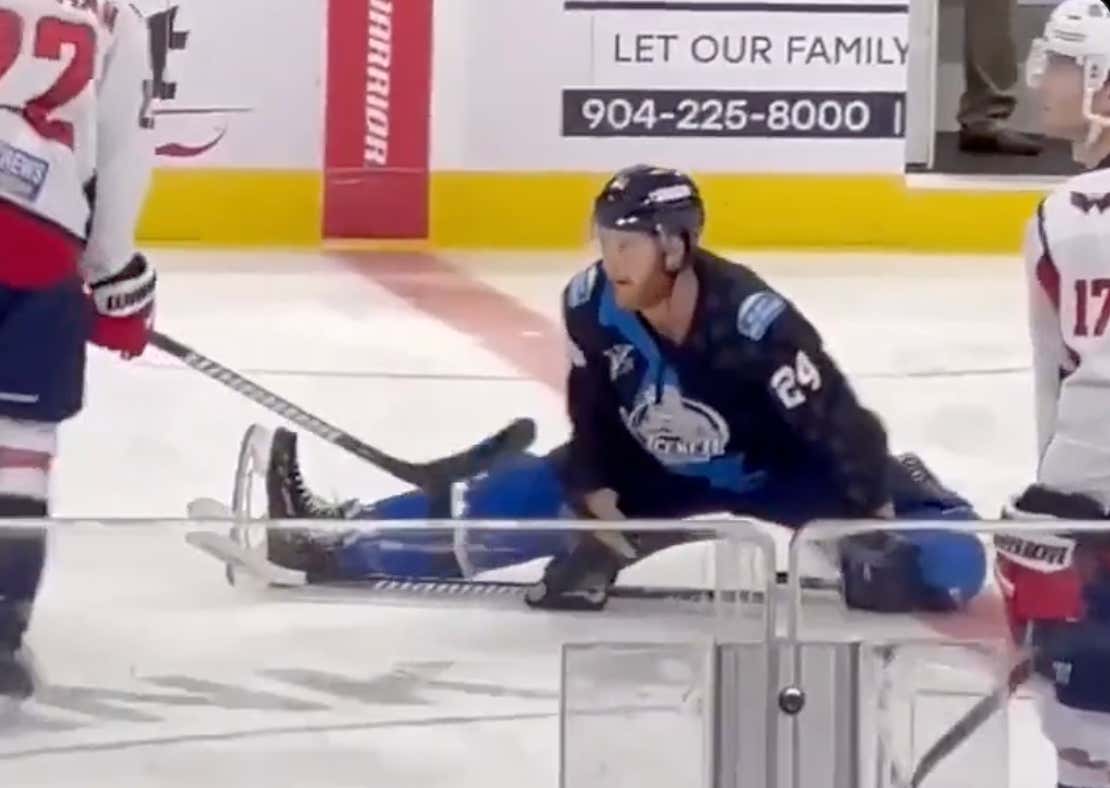 You gotta give it to Travis Howe of the Jacksonville Ice Men. This is such a major "what are you gonna do about it?" bully move. Just an ultimate "fuck you" if I've ever seen one. You have to have a grand total of zero respect for another team to cross the redline during warmups. That number gets adjusted to -69 to just camp out and start stretching on the other side of the redline. Travis Howe knows a thing or two about bullying. Probably been doing it his whole life.

And I'll give Nico Blachman of the South Carolina Stingrays some credit as well. It's not like he just stood there and took it.

But if someone is going to cross over the redline and disrespect you like that, you gotta bring that puck a little higher and inside. A fluttering wrister to the shins does nothing. Just shows that maybe your shooting could use a little work. That puck at least has to come up to dick height. And that's the exact moment when Travis Howe knew he owned this situation. He just spent the rest of the altercation laughing in his face. 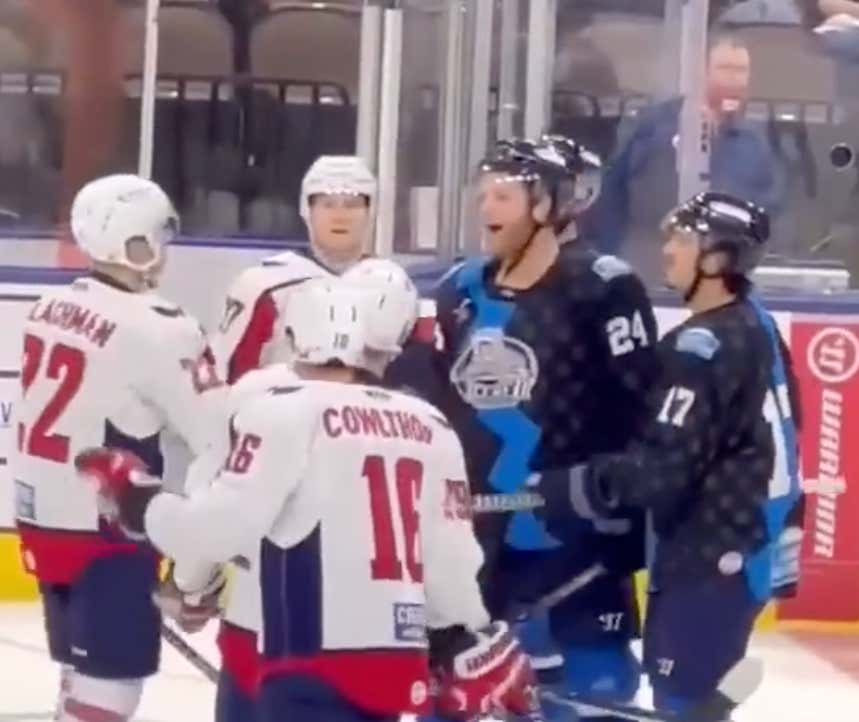 Again, just an all-time bully performance. A few pushes and shoves get thrown into the mix. The boys all gather along the redline waiting for a brawl to breakout. That's the way it ought to be. The polar opposite of tummy sticks. The players love it. The fans in the barn were clearly loving it. And we all love it as well. I just wish we had a little more context since this doesn't seem to be their first case of hating the absolute shit out of each other.