It's Monaco Grand Prix race week, so let's re-live one of the wildest stories in the history of F1 that you've probably never heard before to get us ready for this weekendsrace. Let's set the scene. 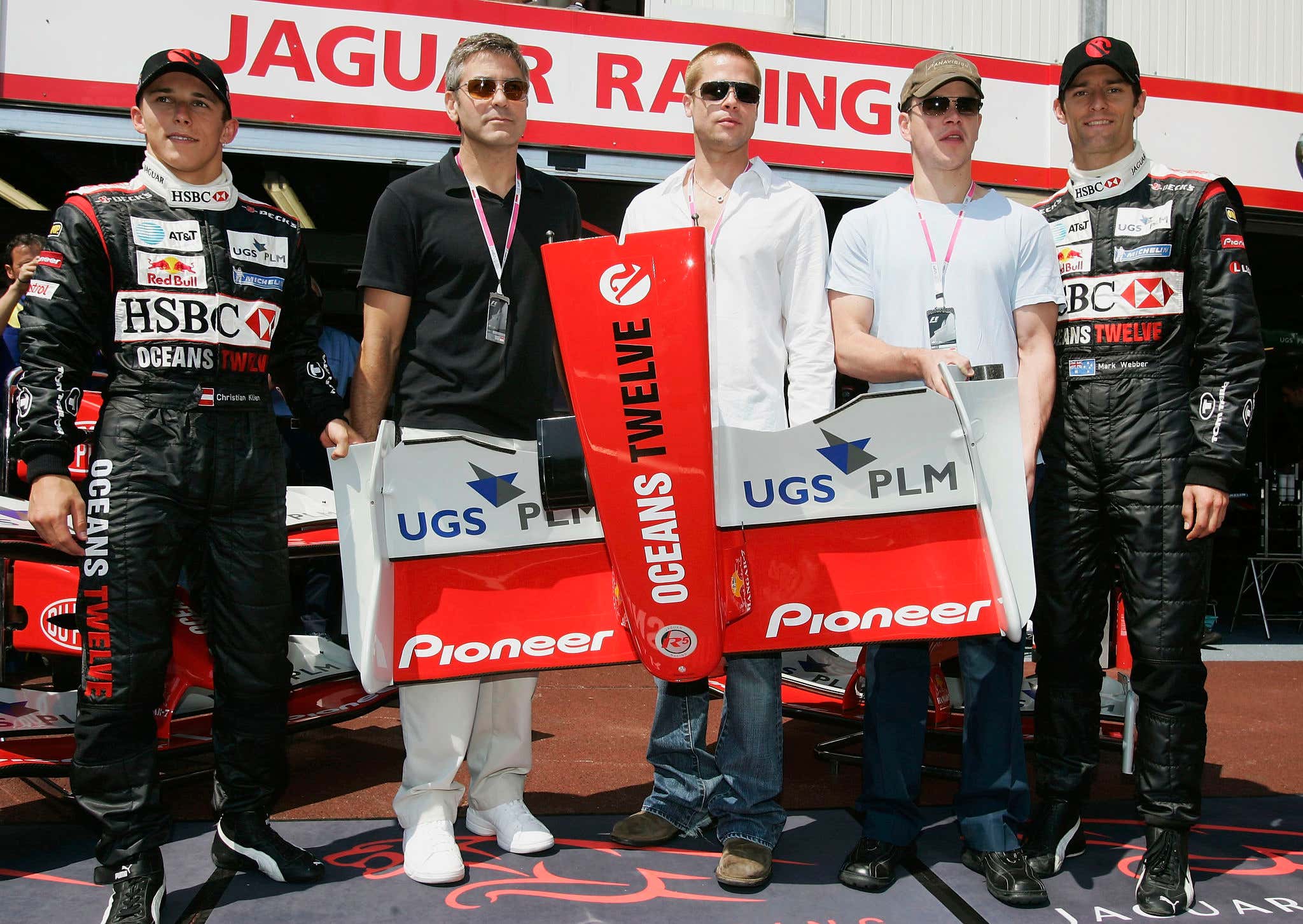 It's 2004 and the Jaguar F1 team was struggling financially, looking for any sponsor they could find to help keep the team alive. One of those sponsors that came knocking on their door for the Monaco Grand Prix was the movie "Ocean's Twelve," which was set to release later that year. Let's not forget that this was before the second movie came out, so Danny Ocean and the gang were on top of the world, and the world was hyped to see the sequel, nothing could bring them down. The marketing executives over at the studio probably sat in a conference room and came up with an idea to take this sponsorship to the next level. This is how I pictured the conversation going:

Marketing Guy: What if we put an extremely expensive diamond on the nose of the F1 car because you know Monaco: glitz, glamour, money, expensive things. Everyone will be talking about it and they'll say "wow what a cool idea, I should check out 'Ocean's Twelve' when it comes out this holiday season" and we'll be the geniuses that came up with this game-changing idea that leads to 'Ocean's Twelve' winning all of the Oscars.

CEO: Great idea, love where your head is at, but only one problem. Monaco is basically the tightest track in the world and cars hit the wall all the time, specifically the nose of the car where you want to put the diamond. What if one of the drivers crashes and we lose the very expensive diamond?

Marketing Guy: Let’s Just Do It and Be Legends

Putting a diamond in the nose of an F1 car for the Monaco Grand Prix, just like Fyre Fest, a great idea, in theory, a terrible idea in reality. But that didn't stop the "Oceans Twelve" marketing team who actually went ahead and put a $300k diamond in the nose of both Jaguar cars for the 2004 race. In fairness, it did get everyone talking about the Jaguar F1 team and "Ocean's Twelve" that weekend. Matt Damon, Brad Pitt, George Clooney, and the boys made an appearance with the team and everything was going great. Also, pretty easy to see why it got everyone talking because this car does look awesome. Makes you wonder why they don't put more diamonds on race cars… 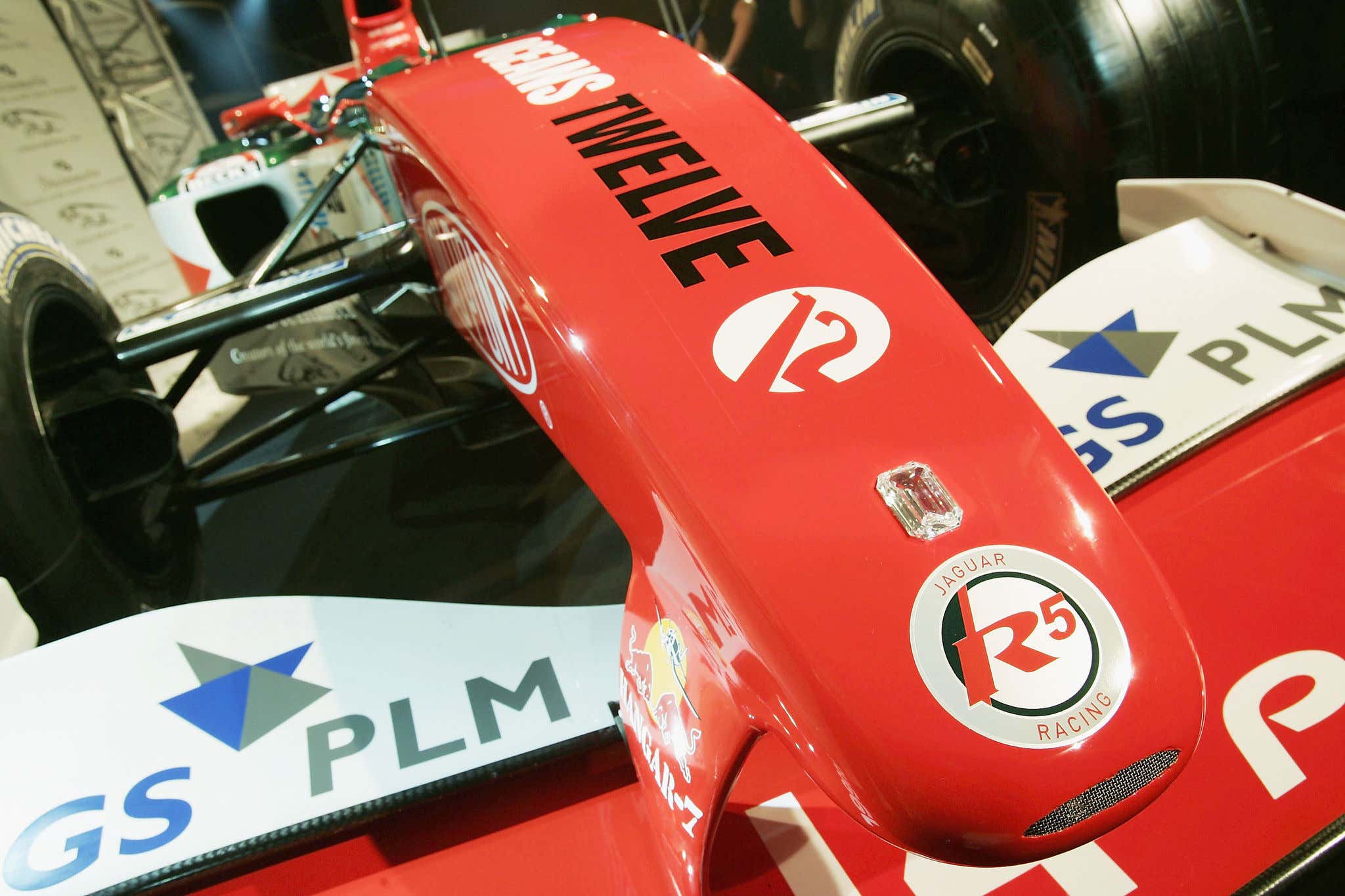 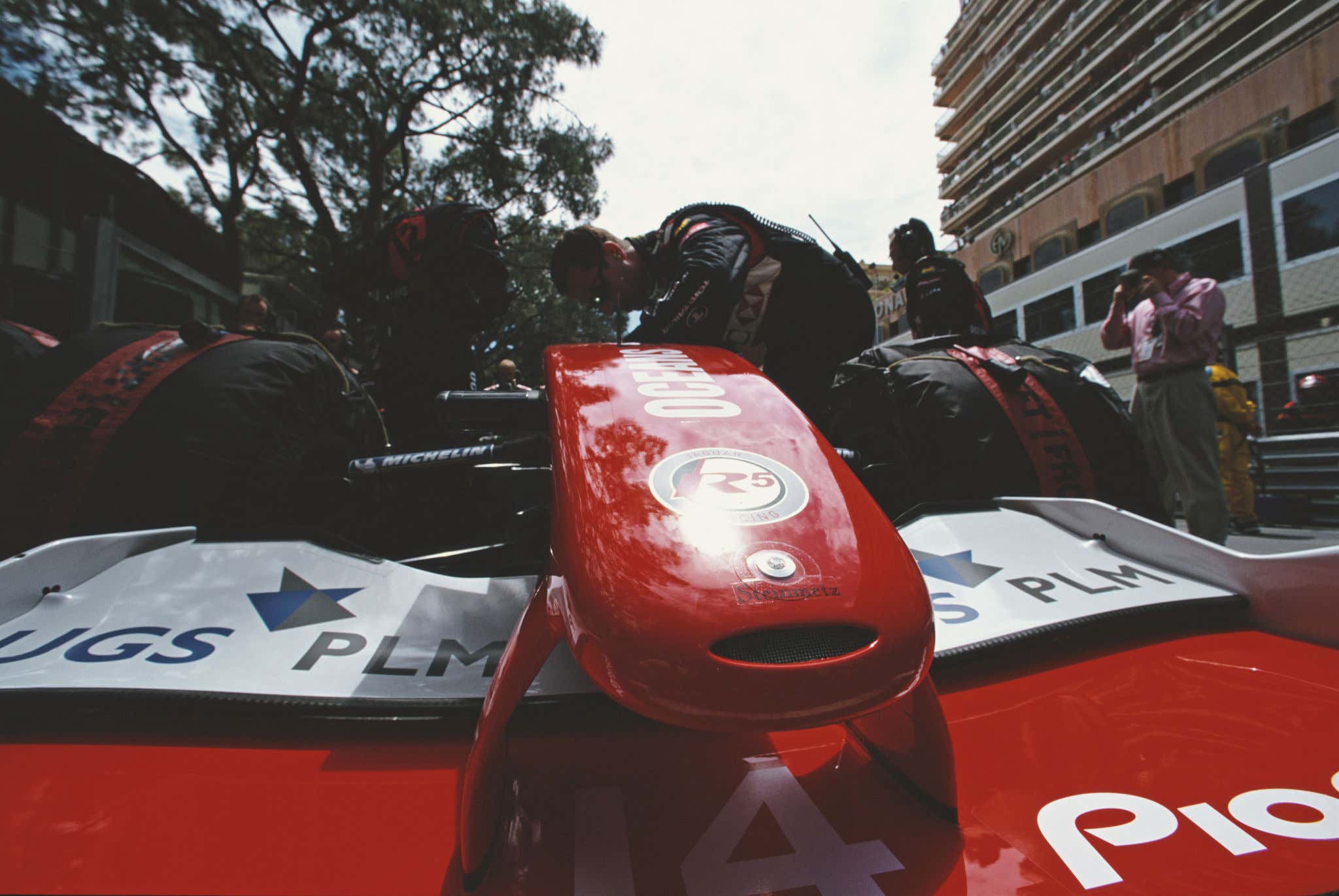 Both cars survived all of the practice sessions and qualifying without wrecking, keeping the diamond safe and sound. There was just one problem. Now the car had to go wheel to wheel against other cars in the race. On the first lap, one of the Jaguar drivers ended up putting the nose of his car, carrying the $300k diamond, into the wall of the famous hairpin turn. 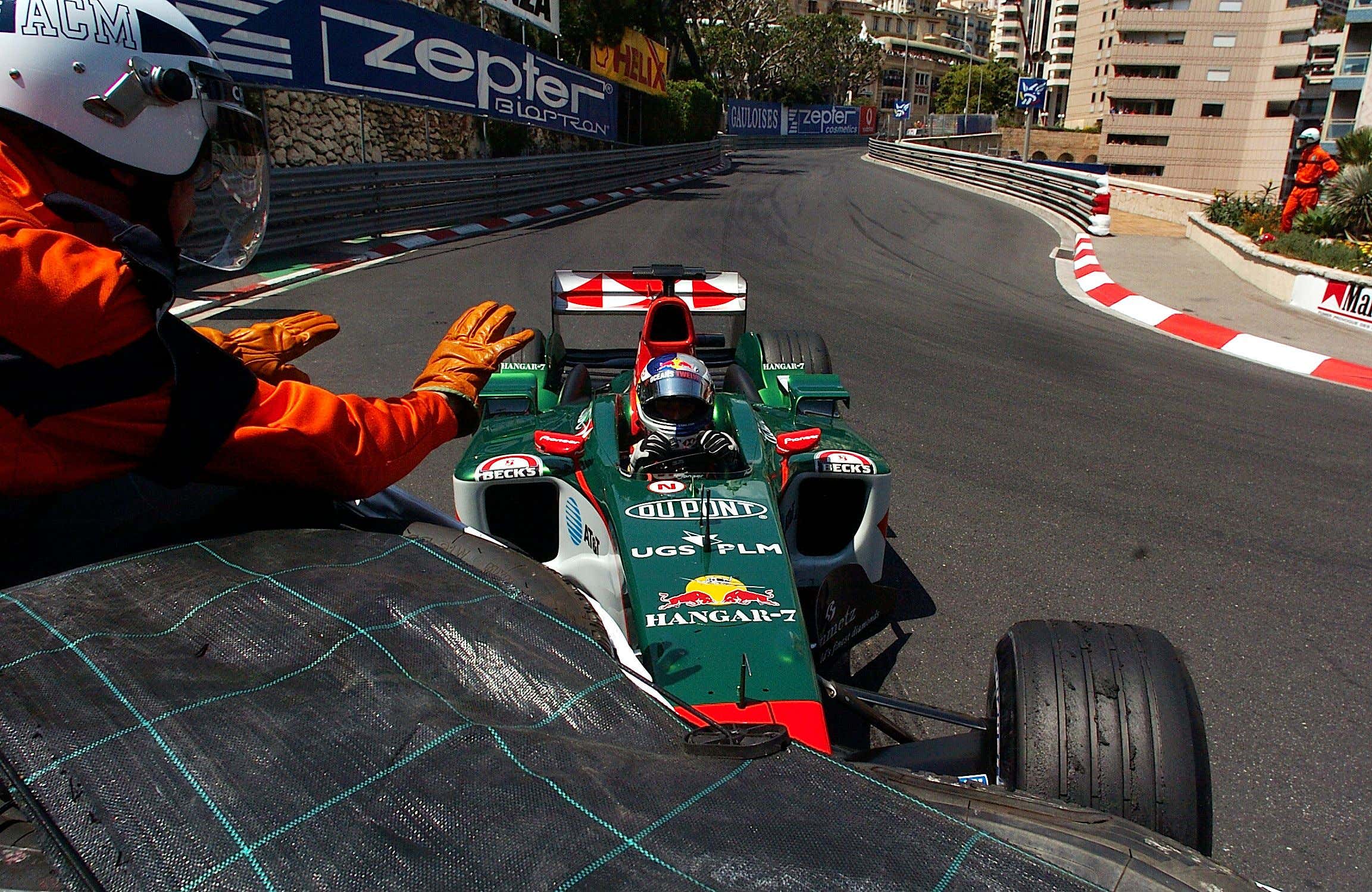 Seriously, who could have seen this coming??? I would have loved to of been on the yacht with the Ocean's Twelve marketing people when they heard there was a crash and then they saw it was one of their diamond cars. All of them immediately realizing they completely fucked up. 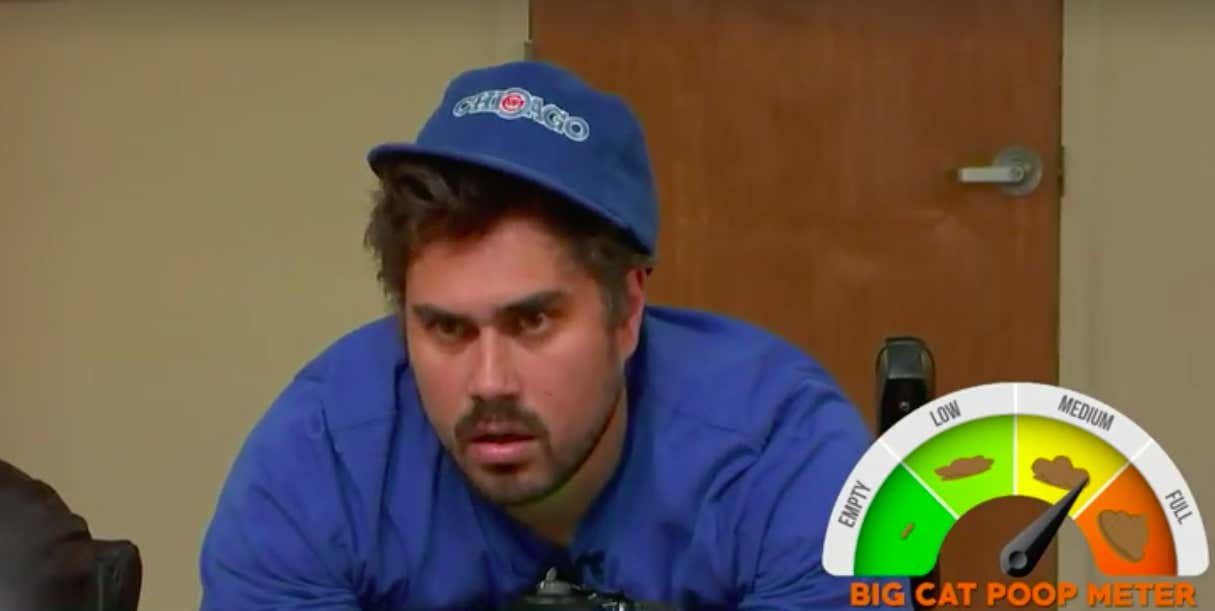 But ok, it wasn't that bad of a crash, it was just the nose of the car that went into the wall and at a relatively low speed so the diamond is probably either still on the car or on the ground nearby. They'll pull the car out of the wall and they'll be able to find it. 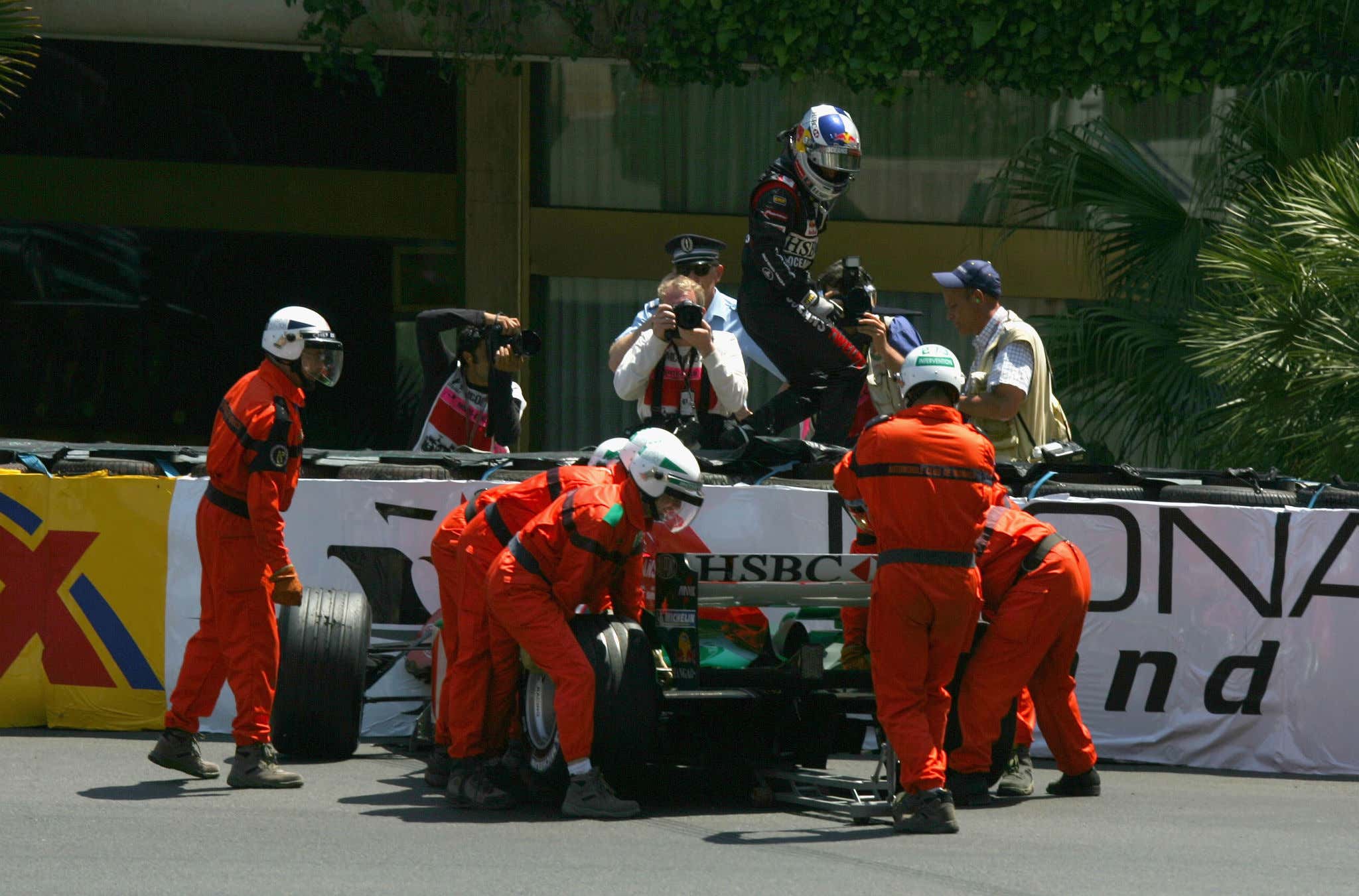 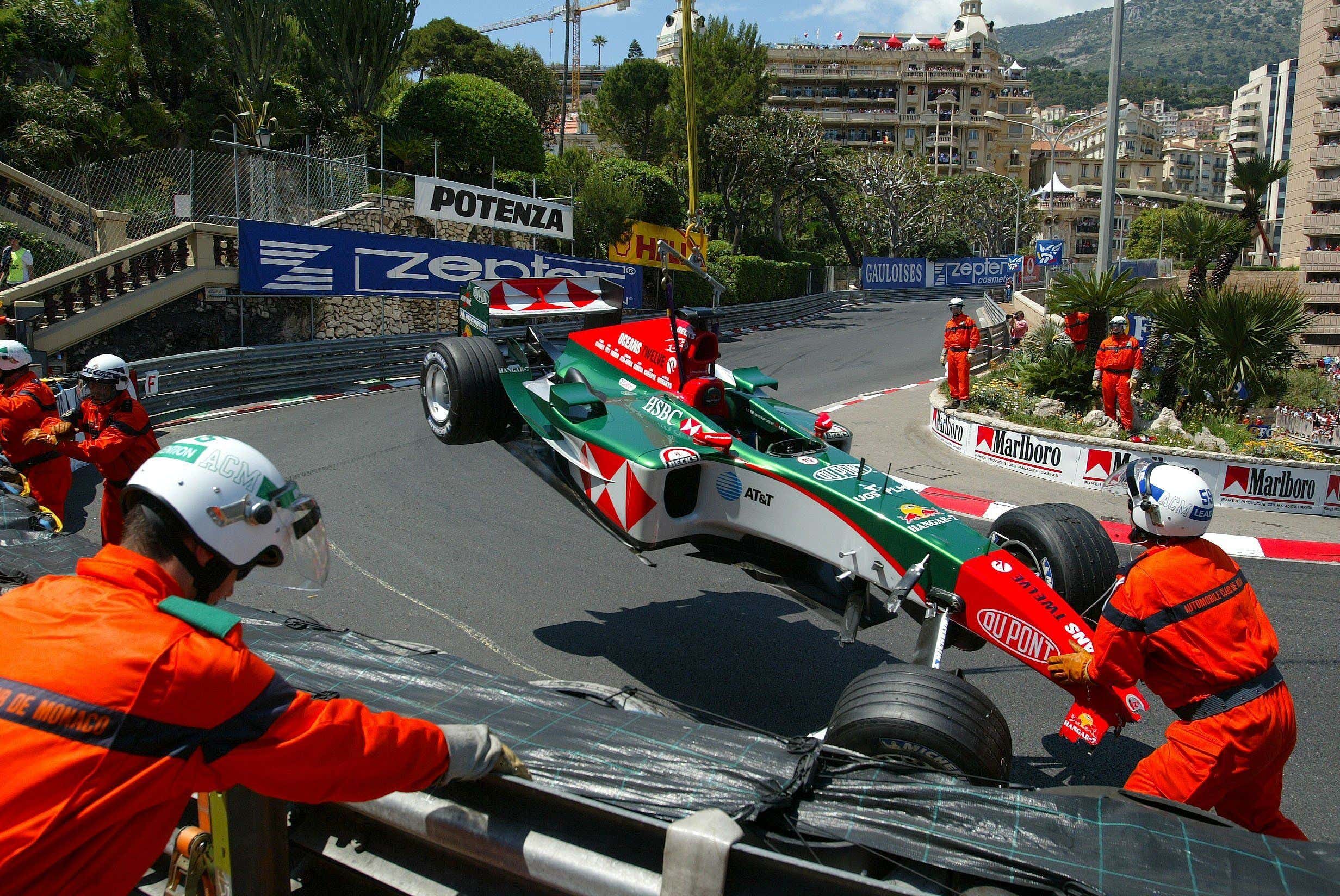 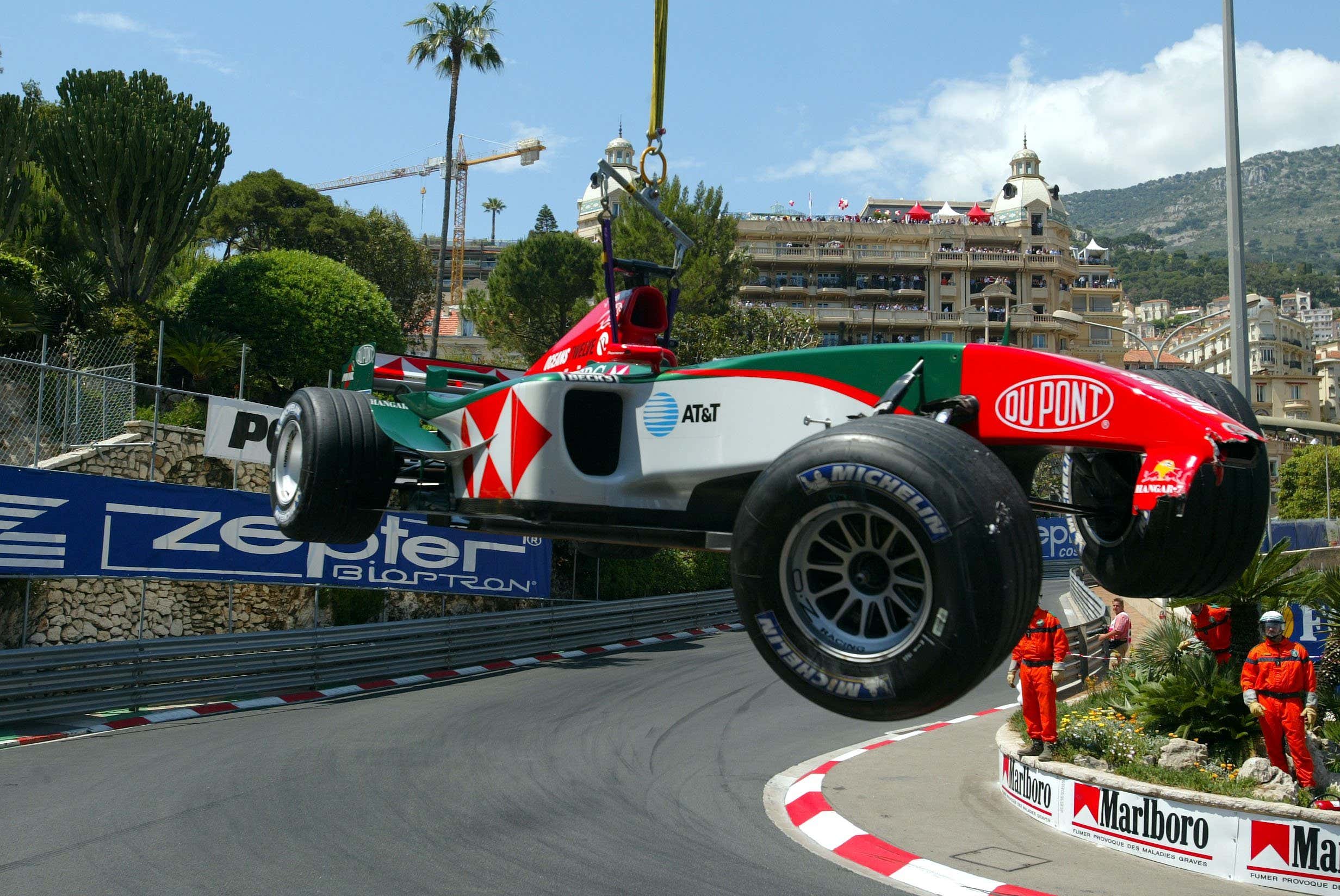 NOPE. The diamond completely disappeared. This happened during one of the most famous races in the world, which is very televised and no one was ever able to figure out what happened to the diamond.

One of the biggest reasons why it went missing was because the Jaguar team wasn't able to go inspect the track to find it until two hours later when the race ended. So if it was sitting on the ground after the crash, it would have been pretty damn easy for a marshal to scoop it up and never mention a word of it, leaving the "Ocean's Twelve" and Jaguar team shit out of luck. Also, this area of the track has very few fans who could have seen someone take the diamond. So this was one of the easiest heists of all time for some lucky person who was in the right place at the right time.

It's pretty easy to say if you found a wallet with cash in it you would try and return it to the rightful owner… but finding a $300k diamond in the middle of the chaos of an F1 crash, do you return it? As many brownie points as that would earn you with the big guy upstairs, it's hard to say you wouldn't just shove that in your pocket and go buy your own Jaguar with the money.

So that's the easy answer to what could have happened, but let's put on our tinfoil hat.

- The diamonds were uninsured, meaning no lengthy, official investigation into what happened to them…

Maybe the greatest heist of "Ocean's Twelve" wasn't the Faberge Egg in the movie but making us believe a $300k diamond went missing at the 2004 Monaco Grand Prix to promote their terrible sequel. We'll never know what really happened to the diamonds unless someone finally comes forward and takes credit for stealing them, but here we are still talking about this story seventeen years later. This was either the dumbest or the smartest marketing promotion in racing history, I'm still not sure. Either way, I just wish the studio would have put that money into making "Ocean's Twelve" a better movie instead of putting diamonds on the nose of a race car. 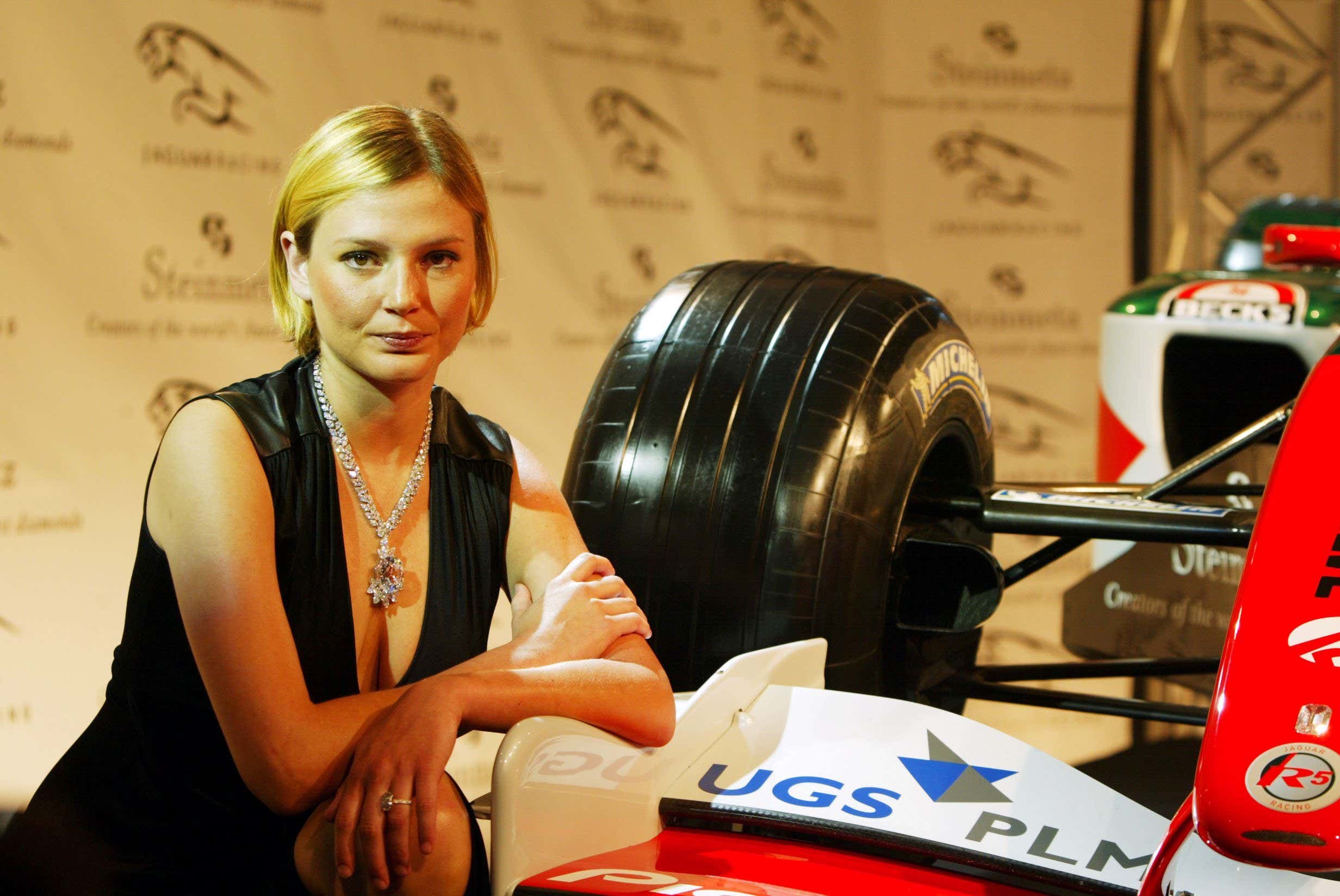 If you're wondering what happened to the Jaguar F1 team, they ended up selling the team at the end of the season to an energy drink company called Red Bull and the team went on to win four world championships and is in the middle of a championship battle right now. You can watch them race in the 2021 Monaco Grand Prix this weekend Sunday at 9 am ET on ESPN2. Full preview blog of the race coming out later this week, but you can get your early bets in on the Barstool Sportsbook. Tons of early value if you responsibly bet before qualifying on Saturday.

And finally… LIGHTS OUT AND AWAY WE GO FOR THE MONACO GRAND PRIX WEEKEND.