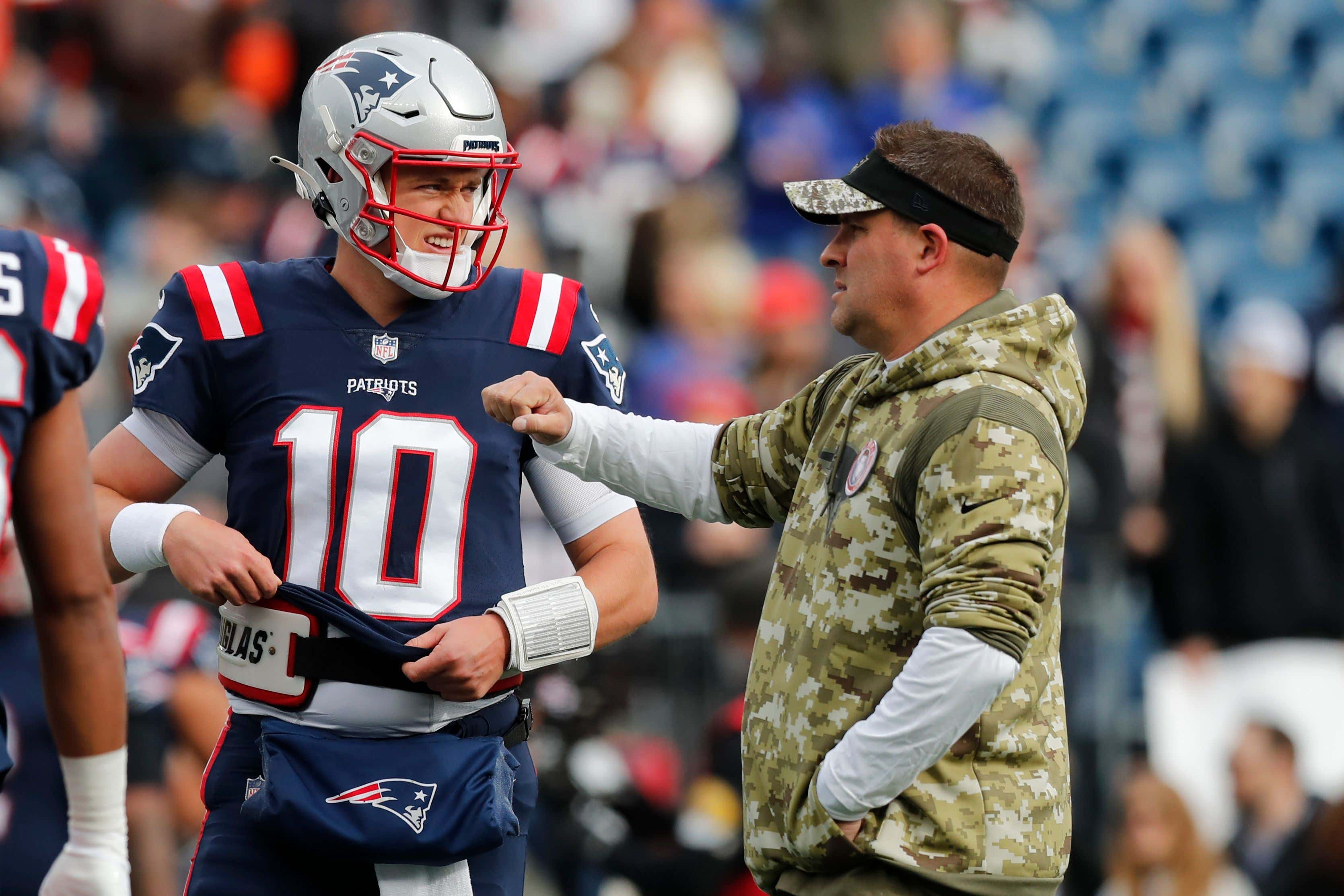 If you can read a Pro Football Reference stat page, than you might be justified in having some degree of concern over Mac Jones. In his last three games, he's posted some of his statistically least impressive performances of an otherwise stellar rookie campaign: 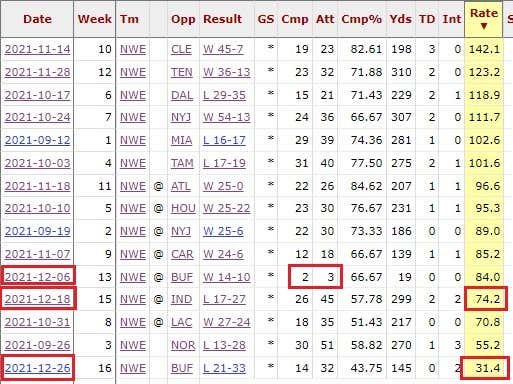 Granted, that 2-for-3 in Buffalo was weather and game plan related. But when he posts two of his four lowest pass ratings - and more significantly, the Patriots on the whole post losses - it's not at all unreasonable to send his season into the examination room, ask it to put on a johnny, and run a series of tests to see if there's anything wrong.

And if you can read a calendar, there's even more reason to do a checkup. Because at this point last year. Jones' had started 11 games at Alabama. They were in the middle of two weeks off between the SEC Championship obliteration of Florida and were getting ready to Roll Tide all over Notre Dame on New Year's Day.

In all, he'd go on to make 13 starts. Perhaps not coincidentally, his 13th start in New England was that one at Buffalo.  Since the bye week that followed, Jones has struggled. Which is to say, he's struggled by the standards of Jones. If any of the four quarterbacks drafted ahead of him had a 74.2 passer rating and three straight scoring drives to get back into the game at Indy, they'd be celebrating how he's finally starting to look like he belongs in pro football.

So in a way, he's a victim of the high standard he's already set. Still, it's worth asking the question whether or he's hitting the Dreaded Rookie Wall. Since perhaps even less coincidentally, I should point out that in his senior year at Bama, Jones had 402 total pass attempts. His 402nd pass attempt in New England came in the first half of that game at Indy. Not that I believe in a Pitch Count for QBs. But while it's might not mean much, perhaps it's not nothing, either.

As Do Your Pod guest Alex Barth points out, since starting his final season at Alabama, Jones has gone through Nick Saban's camp, a season that stretched into mid-January, followed by the Senior Bowl, Pro Days, workouts, tryouts, the draft process, getting his Patriots playbook, film study, OTAs, a camp battle with Cam Newton, and now 15 career starts. Even if you allow (as Barth did) that Jones has the temperament, the mental and physical approach, the work ethic and the lifestyle perfectly suited for a long grind like this. Still, it has to talk a toll on a body. Especially a dad bod like his.

Well worry no more. Because the Patriots coaches and players are being asked the very question we're addressing here. And suffice to say, all is well.

Boston Herald - Josh McDaniels isn’t buying the notion he’s hit a wall. To him, that would have happened a long time ago.

“He’s doing fine,” McDaniels said Tuesday. “No concern on that. Each rookie kind of handles that differently. There’s always a stretch during the course of the middle of the season that’s a little bit new to him, because when you count the preseason games, preseason work, starting in July, usually that happens somewhere towards the end of October, middle of November, somewhere in there. But he’s gotten through that. He understands what he needs to do. He does a great job with his regimen, takes care of his body, his preparation. He’s learned how to manage his time and what he needs to allocate it towards, and I think that’s a really important thing for a young player.” ...

“It’s always a team thing. I know everybody’s going to point to the quarterback’s statistics and say, ‘Oh, he had a subpar day.’ There’s definitely things that the quarterback can do better and will do better, but the passing game is a function of a lot of people doing their job well, and there’s no shortcut to that. We miss a blitz pickup and the quarterback throws the ball away, it’s an incomplete pass and he did the right thing. So, there’s a few situations like that that have come up.”

And while he wasn't as detailed, Jones' top tight end seems to agree:

NESN - “He never wavers,” Henry said Thursday in a video conference. “I think he doesn’t back down from adversity. He continues to push forward. Continuing to strive to get better. To learn. And that’s the biggest thing you’ve gotta ask for. For a young guy, a young quarterback in this league, you’ve got to continue to push forward.

“It’s hard to win in this league. It’s hard to execute at a high level. And he’s done a good job with that. He’s continuing to get better and continuing to learn, and his growth is only going to continue to go up. I feel like he’s faced it head-on and done a terrific job of that.”

So there you have it.  Mac Jones might have posted a few Zach Wilsonian stat lines, that doesn't mean after an OROTY-worthy season to this point, his clock has struck midnight and he's suddenly poofing into Zach Wilson. He has the full faith and confidence of his offensive coordinator and his No. 1 red zone threat.  And the rest of us should have all the optimism in the world that he's working through whatever wasn't clicking right through stretches of the last two games and will be the better of the two 1st round rookie QBs under center at Gillette Sunday.

So there. Problem solve. Nothing to worry about. I’m glad we had this talk.