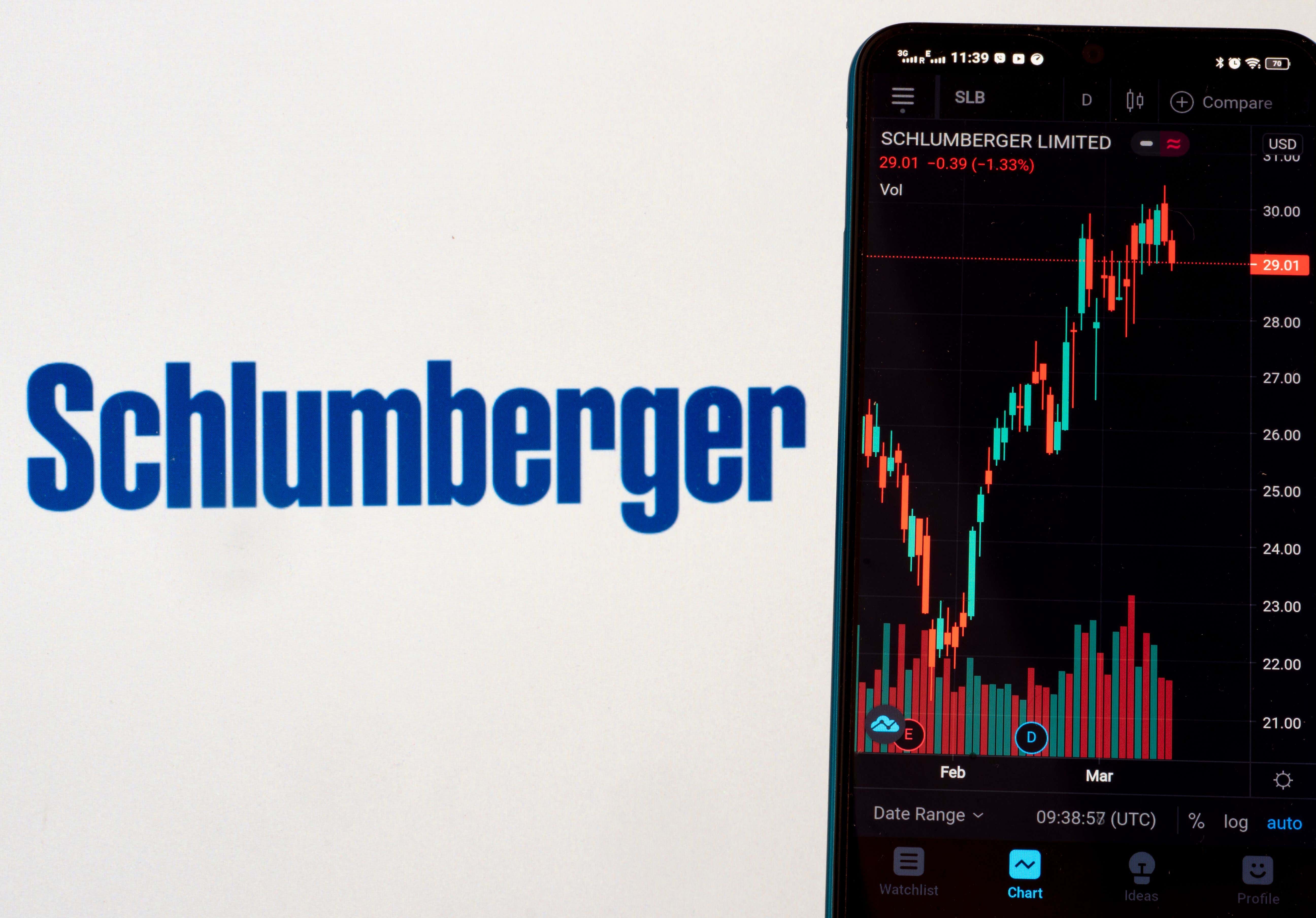 Reminded me of a (not so) quick Wall Street story, if you have a moment…

On my first day on the New York Stock Exchange, sometime in 1998, I was put in a booth as a wire clerk for JP Morgan.

I had just spent 5 years on the American Stock Exchange as both a specialist and a wire clerk for a $2 Broker that my now deceased future father-in-law owned… I only say this with such granularity because I think a number of people reading remember how my father-in-law passed on 9/11 and I am ENORMOUSLY proud of how I was at one time banging the boss’ smoking hot daughter.

Anyhoo… As I said, it's 1998, and I am now on a MUCH bigger exchange than the AMEX.  I am in an NYSE booth with a head clerk named Mike and two JPM floor brokers (whose names escape me at the moment), and my instructions on this first day were to just listen and observe.

Just listen and watch how Mike commanded the order flow coming over the direct wires and how he chose to execute those orders with his brokers and various $2 guys circling the JPM booth like well-dressed sharks.

As was the case every day since the stock exchange opened in 1817, the opening and closings at 9:30 AM and 4 PM respectively were BY FAR the busiest times of day for anyone who traded listed stocks.

I knew this… Shit, I just spent the last 5 years getting that anxiety-driven oily flop sweat twice a day over on the AMEX.  So I am fully prepared to witness a busy booth on the open.

9:20 AM rolls around… Phones start ringing, but Mike has everything under control.

9:25 AM rolls around… Things are now moderately busy, but again, Mike has got it.

And then the clock in the Blue Room clicks over to 9:29 AM and Mike realizes he has some instructions for a nearby specialist that he neglected to relay through a broker.

In order to get those instructions out there in less than a minute, Mike decided to break the NYSE rules and walk out of the booth, over the blue line that separated clerks from brokers, and just hand the specialist the instructions himself.

Not a huge deal… But certainly not legal… However, the Blue Room on the NYSE was a small section of the exchange where everyone was relatively friendly and determined to fuck other people, not each other, so small indiscretions like crossing the blue line for a second were quickly forgiven.

The specialist not only took the new instructions from this clerk, but he also stopped Mike for a brief second in order to get some clarification on what those instructions were.

This meant at 9:29 AM, the Blue Room booth for JPMorgan on the floor of the NYSE was manned by only one person for about 45 seconds, and that person was me.

And, as luck would have it, the direct wire from the trading desk rang the second Mike was out of earshot, and it rang maybe 3 times… Which is a big fucking no-no for trading operations.

Ringing wires had to be hit (answered)… Even if you were answering multiple phones at once.  And being a semi-veteran wire clerk, I instinctively hit the wire when I saw it ringing.

I shouldn’t have because…

Therefore I maternally grabbed the wire and said, “JP Morgan, this is Large.”

And there was my first mistake.

I could’ve said, “Blue Room.”… Just so the block trader on the other end knew he wasn’t in the wrong hole.

Or I could’ve said, “This is the new guy who has no fucking idea what he’s doing.”… Just to set the bar low.

But since I was answering a DIRECT WIRE FROM JP MORGAN’s TRADING DESK WHILE I WAS MANNING THE OTHER END OF THAT DIRECT WIRE IN JP MORGAN’s BOOTH the fact that I worked for JP Morgan was more than implied.

--- You guys still with me?… I tend to get wordy telling old stories, and this one is not even that good, so feel free to bail out at any time. ---

To which I replied, “What?”

And again the gruff voice blurted out (this time louder), "ARE YOU THE FUCKING SLOB?!?!”

Now, this may have been my first day in a new shop, but this wasn’t my first day in the barrel… I made my bones for FIVE FUCKING YEARS on the American Stock Exchange where the ballbusting was ALWAYS inappropriate, bordering on the illegal.

I have seen shoes powdered, ties cut, dildoes brandished, and the mass harassment of employees the likes of which the fancy-pants jerkoffs on the New York Stock Exchange could never dream of.

So on top of always being professional and efficient at work, I also tried to remain keenly aware of when I was being the butt of a joke.  And I thought some nameless voice calling me a slob on my first day on a new exchange may have been just that.

There is an oil stock that traded in the Blue Room of the New York Stock Exchange called Schlumberger Limited.

The ticker for Schlumberger was SLB which some traders affectionately referred to as "The SLOB."

And the actual name of the company isn't pronounced like "hamburger"… Instead it is pronounced "Schlum- Bur- Jay", but not even a regular "Jay"… More like the long "Shzjay" in Fabergé.

SO after this guy called me slob twice, I thought I would play along with the joke and even lean into it with a little self-deprecation.

And I replied, "Well, I am a little overweight, but I've been told that I carry it well."

And he fucking blew a gasket, and then started yelling, "NO, YOU IDIOT!… Shlum-Ber-Zjhay!… SHLUM-BER-ZHJAY!"

It was then I realized that I not only misconstrued the comedic nature of the situation but potentially I also didn't speak the same language as my verbal attacker.

It was then that Mike walked back into the booth.

I quickly handed Mike the phone and you could see the look of disappointment on his face and hear the sound of rage on the other end… Luckily, one of our brokers was walking by and Mike managed to get him to "hold the open" in Schlumberger and this impatient position trader narrowly bought 250,000 shares on the open, which was down nearly $3 from the previous night's close and the stock immediately rebounded, making it the purchase of the day.

No harm… No foul.

But what if I kept him on the wire before handing it off to Mike for just a few seconds more, thereby missing the opening?

Shit, that would've easily cost my new firm hundreds of thousands of dollars in my first 1 minute at work… And that would be a classic example of "getting off on the wrong foot" wouldn't you say?

In my defense-  The trader on the other end was a fucking asshole, as I had come to learn… He sat in between two of my favorite people in the world (shoutout Ray Hawkins and Mike Eager), but this guy was just a perpetually angry dickhead.  And perhaps a tiny bit of patience would've stopped the whole thing from escalating.

And In my offense-   I shoulda never touched that fucking phone.

So there is a moral to this story… As we approach the summer, there are millions of kids about to start internships.  And each one of these young men and women wants to make a splash by being helpful from the moment they step in the door.

Others are piece-of-shit kids whose fathers are big-shot customers and you're forced to employ them for a full summer even though they show up to work high-as-fuck every single day and there are a dozen other more qualified and grateful kids you could've employed instead… But that is another story.

But for that first group of go-getters, I know you'd like to help out, but no matter what your background and motivation are, sometimes your biggest contribution to your new position… Particularly in that first week… Is making sure you don't fuck up the coffee order.

And, for Christ's sake, NEVER hit a fucking light.

Take a report (but never on your first day).