Whoa there guy, relax with the sex appeal. Out here stealing all the attention from Auburn kicking LSU's ass by popping on his finest Charles Barkley jersey and solving the Rubik's Cube. You can smell the desire in everyone watching him here. 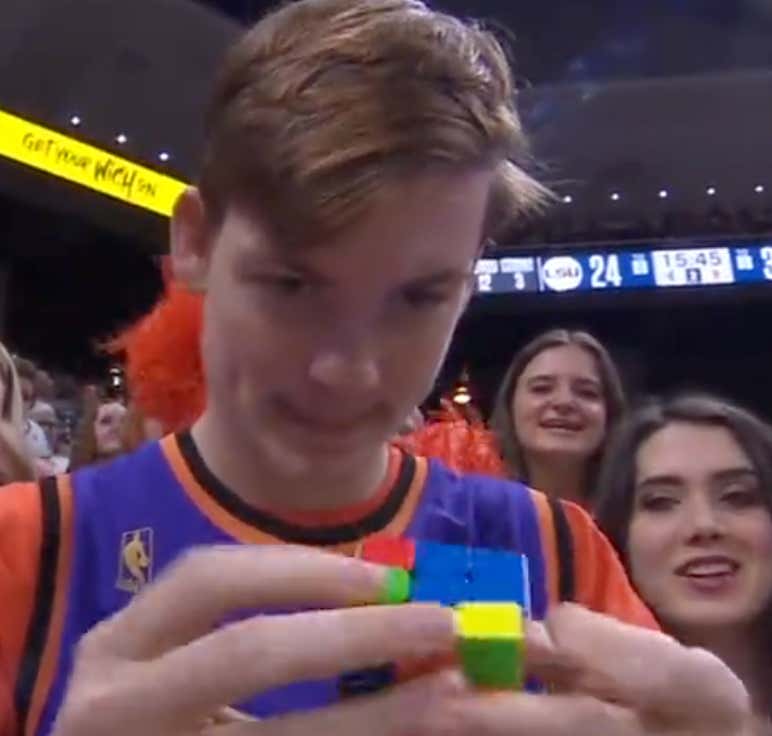 Don't get me wrong Auburn kicked LSU's ass too. It's not exactly shocking. Auburn is good, especially with Allen Flanigan back. Also LSU was a little inflated by not playing really anyone and having to go on the road to Auburn. But at the same time we had Alabama/Tennessee down in Tuscaloosa and this guy entering from the red corner.

This guy LIVES for showing his tongue off like this. You don't just help ignite Alabama's late surge and finally hitting threes in the second half without it. This is what SEC basketball is all about. A couple programs trying to stay relevant and keep pushing Kentucky. Teams like Alabama and Auburn with their uptempo, launch threes style of play and fans who will do basically anything. It's about sex appeal. In the SEC it just means more.

This is about conference play starting though. You think you can run the gauntlet of the SEC without having some luck? I don't think so. You need Rubik's Cube and the Tongue King out here helping get the environment hostile. You need them out there as much as Allen Flanigan or Noah Gurley. I know Tennessee didn't have Kennedy Chandler or 55-year old John Fulkerson, but a win is a win. The real challenge is the new Iron Bowl. Rubik's Cube or Tongue King. Who ya got?