(I realize this has been beaten to death on twitter the last few days but there's a lot of people who don't partake in that cesspool or aren't aware of what goes on there. So if this is old news to you, sorry, you win, you're cool.) 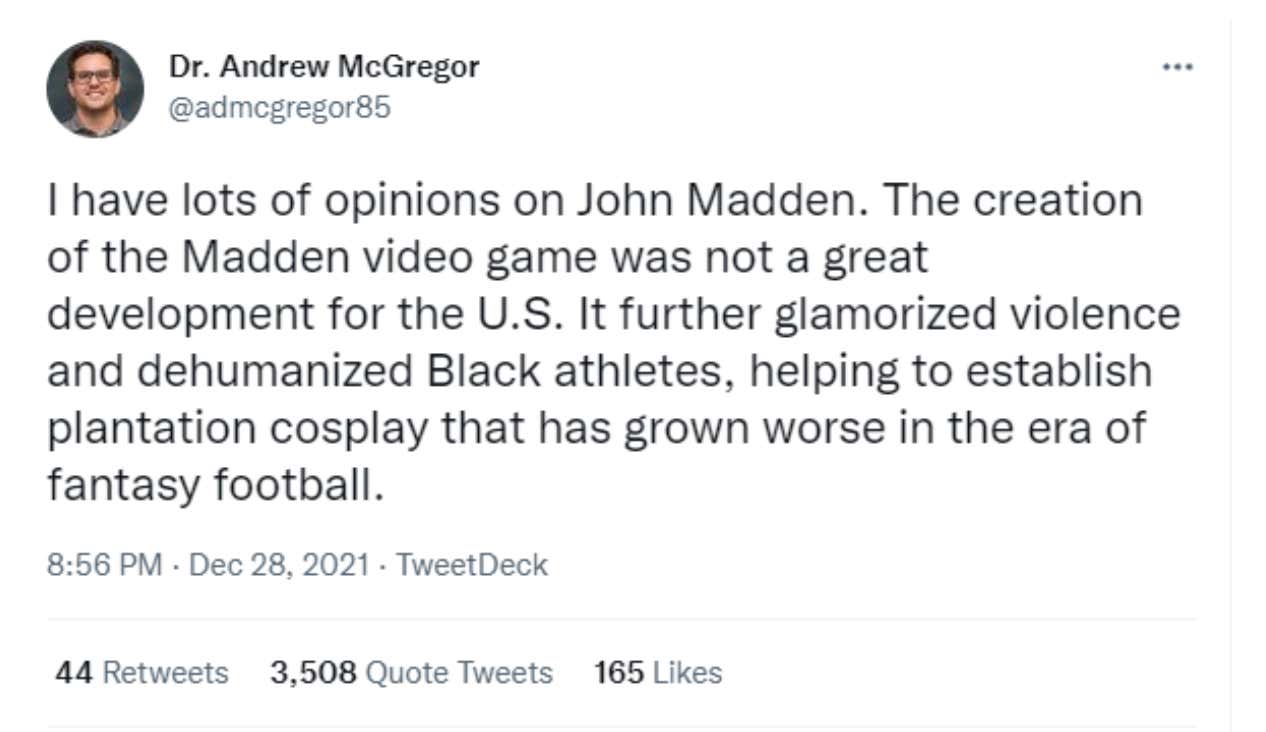 This guy, a learned man, excuse me, Doctor actually, entrusted with exercising and shaping the minds of the future at the prestigious Dallas University fired off some blazing hot tweets last night when the rest of the world was pouring our hearts out for John Madden.

Talk about beloved figures from our childhood and I think John Madden has to rank in the top 10 easily for any red-blooded American male.

Well not this fucking guy.

He was so incensed at all the John Madden love flying around he had to step up and do something. Like Abraham chiding the citizens of Sodom and Gomorrah for worshipping false idols, Dr. McGregor informed us all that the lovely video game we all grew up playing, named after the dearly departed John Madden, that brought us so much joy and many fond memories was actually just a slave-owning cosplay game. 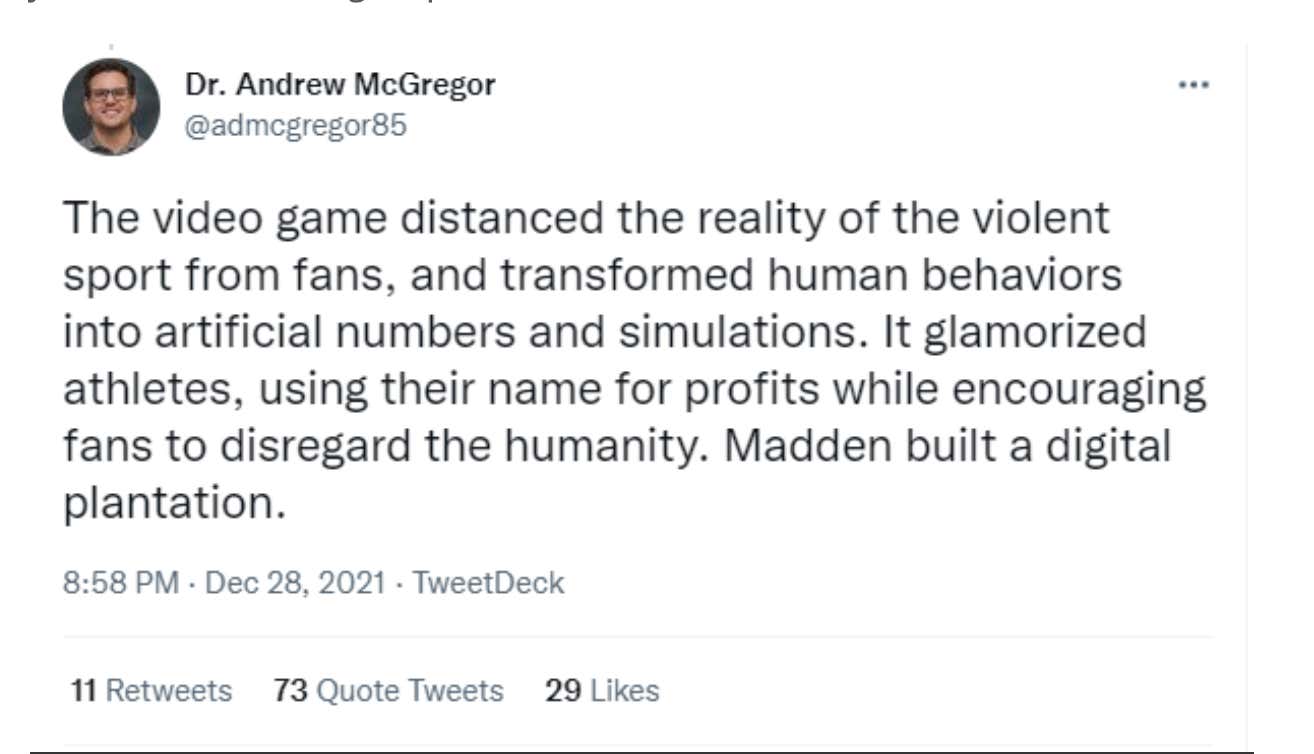 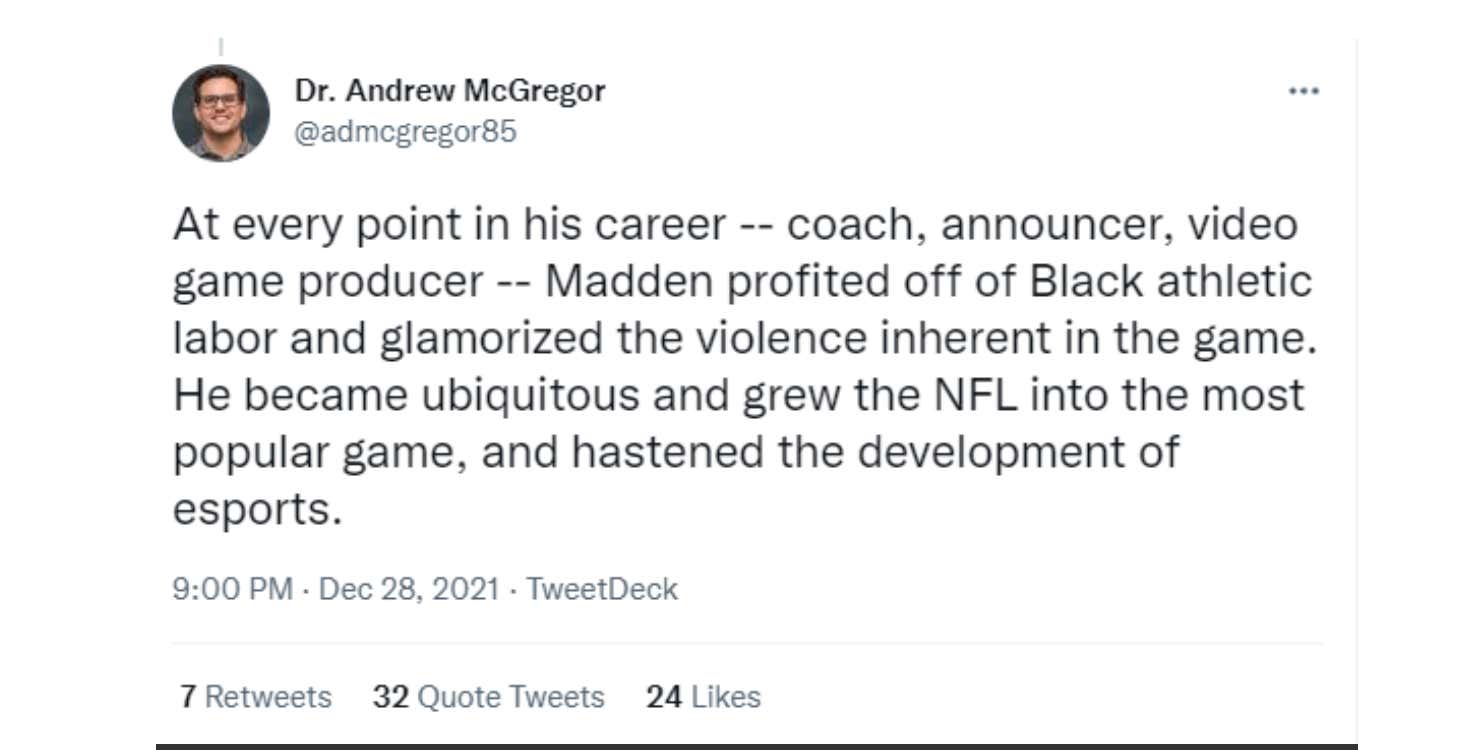 (I know guys. After experiencing all that heat from those takes I could really go for a Schmitts Gay right now too.) 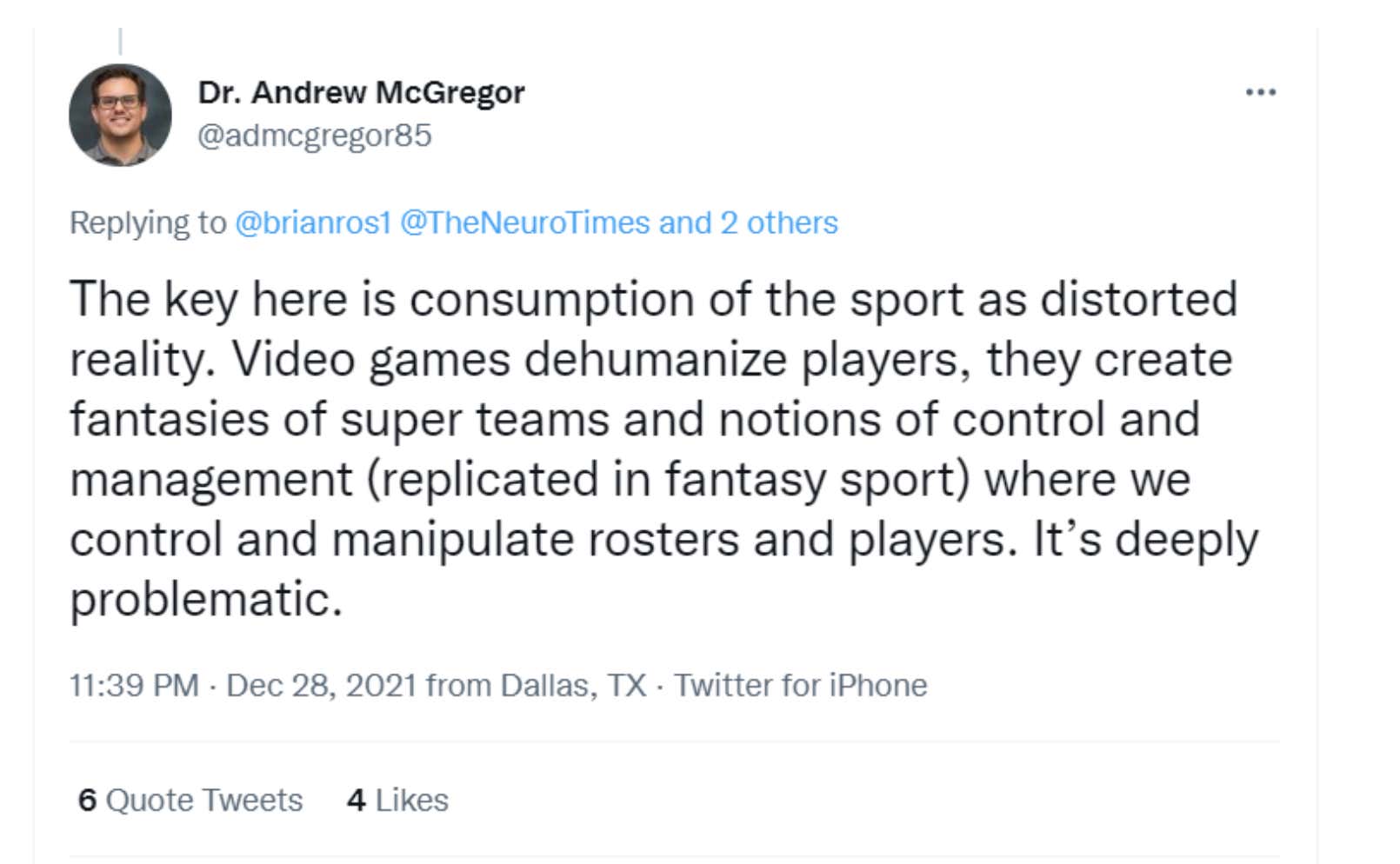 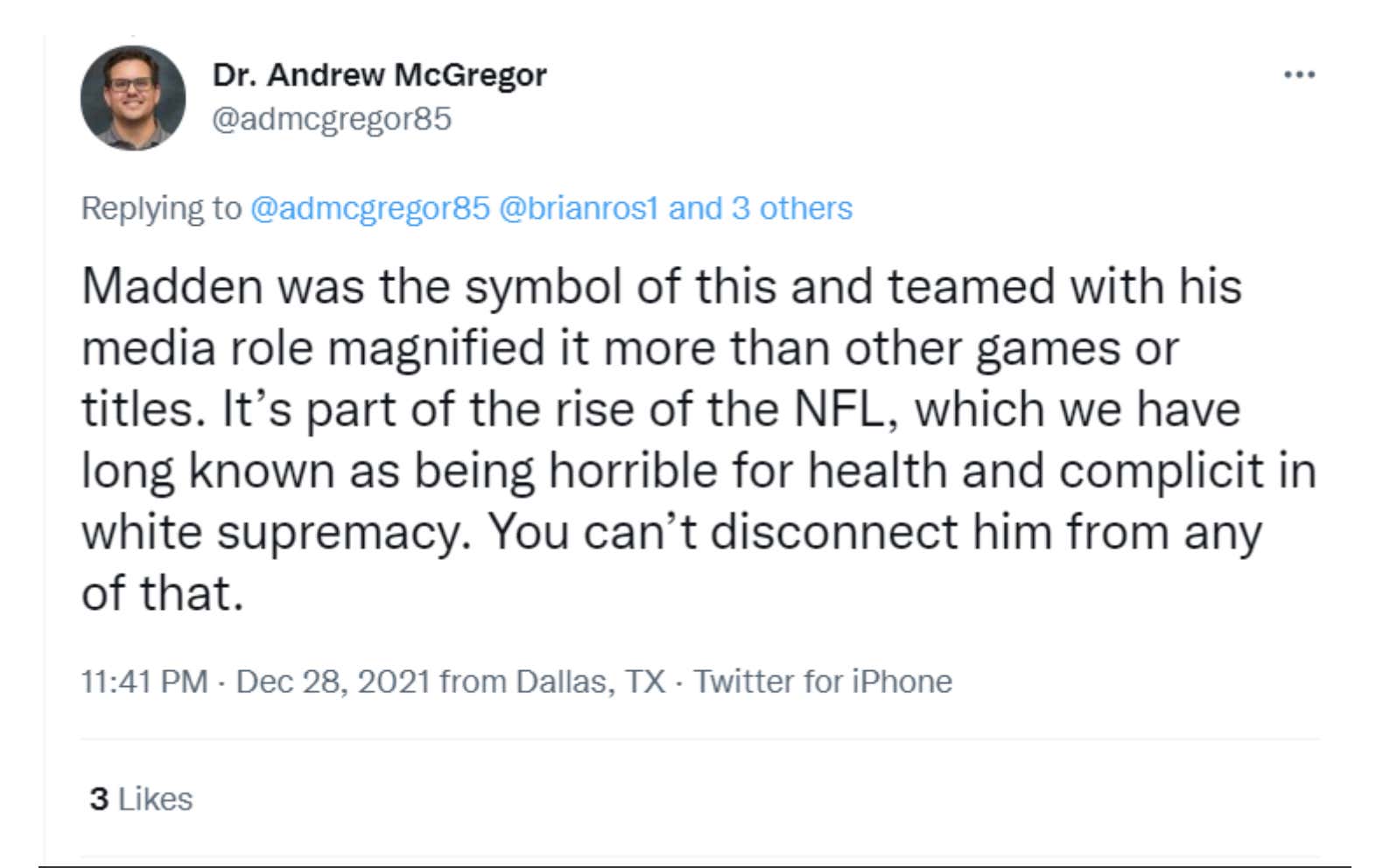 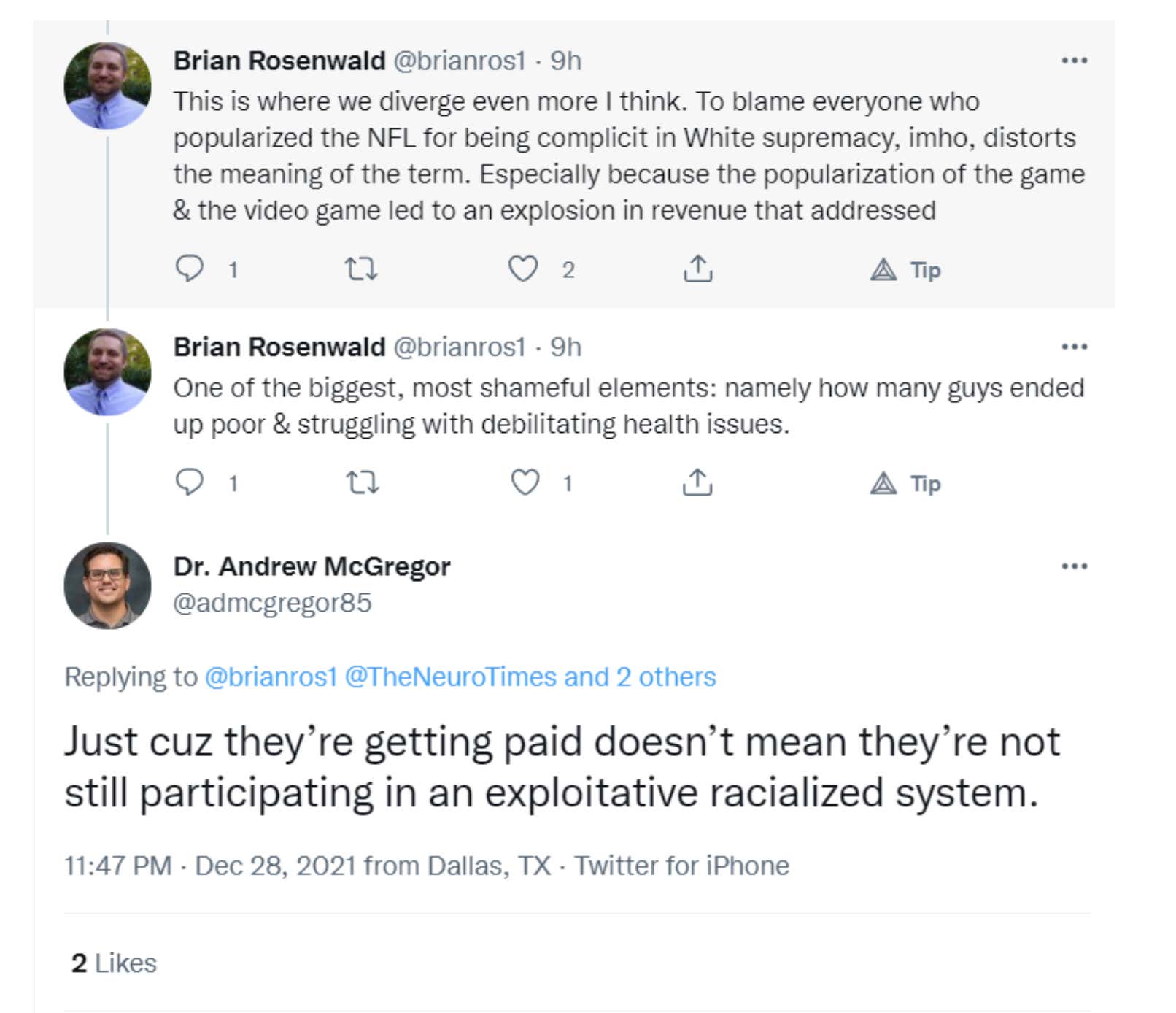 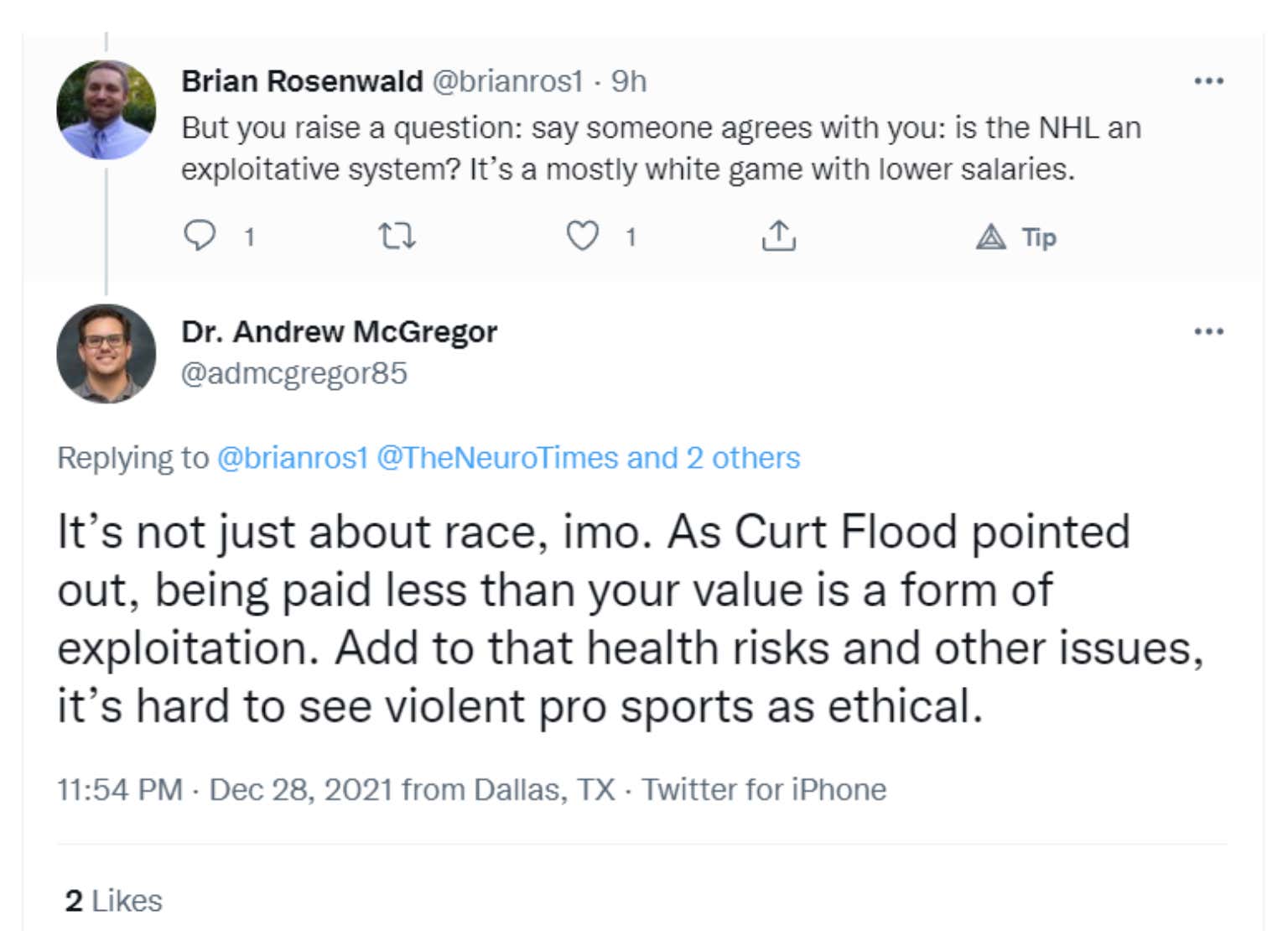 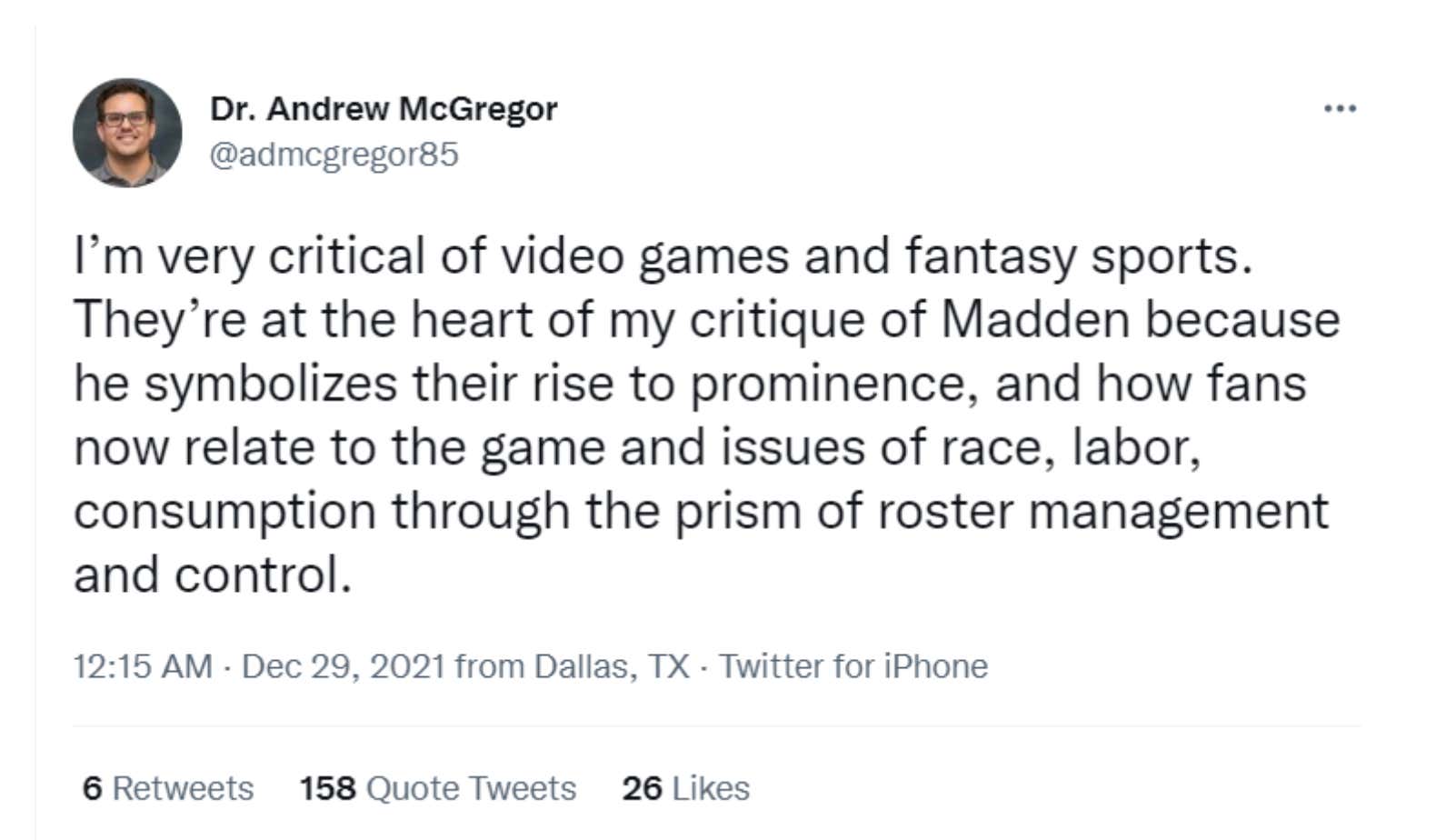 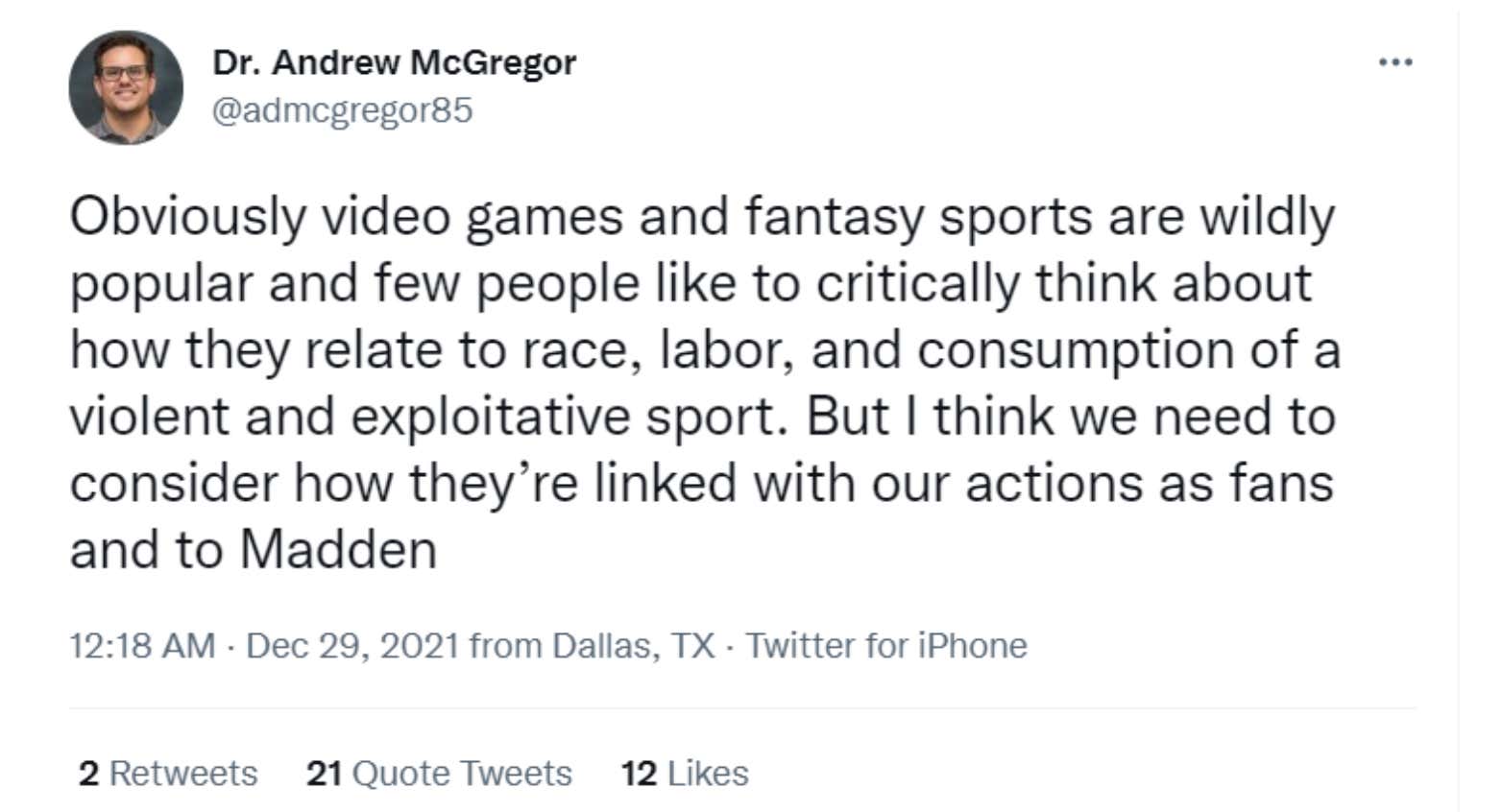 Oops, pay no attention to this one he tweeted from a few years ago. Doesn't fit the narrative.

Can the aliens just please come and put us out of our misery already?

Here I was this whole time thinking John Madden was a successful coach who retired too soon to be a family man (noble), begrudgingly got drawn into the broadcast booth and became the Michaelangelo of football color commentary.

But it turns out, according to Dr. McGregor here, that he defined the profession so well, that the evil mother fuckers at EA Sports set their sights on him to be the face and the name of their slavery video game disguised as pro football.

Obviously, this guy got flamed into bolivia. Here were some of the best.