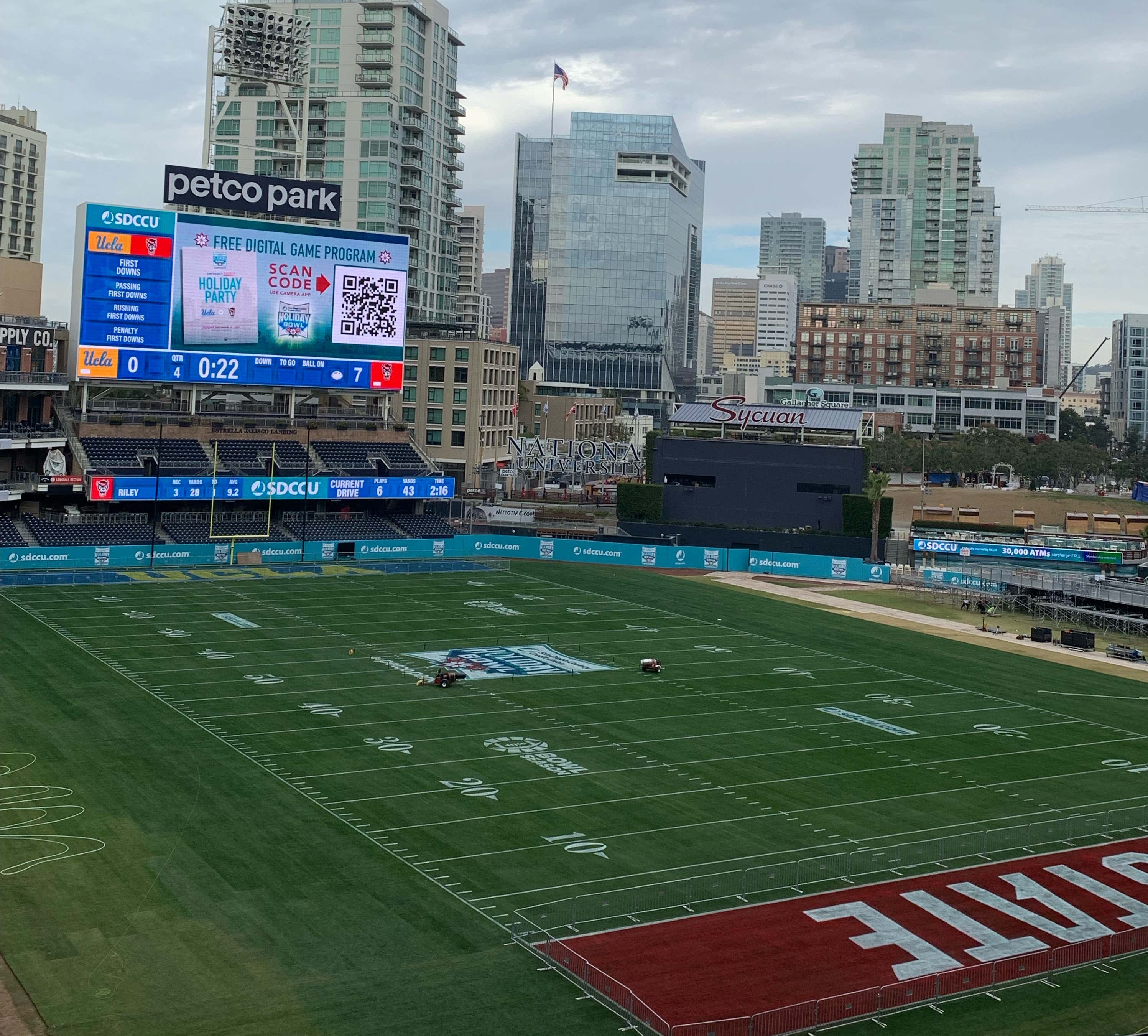 Bowl games getting canceled because of covid has become the big hit these last few weeks. It's almost impossible to go a day in the schedule without seeing a game get taken off the board. The Arizona Bowl and everything that came with it being taken away from us was just a gut check to everyone at our company. Just absolutely fucking brutal. There's a whole conversation to be had about the way the NCAA is handling this variant and their outdated protocols, but this whole situation just flat out sucks for everyone.

Yesterday, just hours before kickoff between NC State and UCLA  in the Holiday Bowl, the Bruins announced they were decimated with covid numbers and pulling out. It's one thing to bail on a bowl game which is shitty all around with all the work that goes into making it happen, but to do it just 5 hours before kickoff? What are we doing here? Think about fans from NC State who traveled across the country to see their team play? There were definitely a large amount of people who made a vacation trip out of it, revolving around going to that game. People centered their holiday plans all around this game. 5 hours before kickoff UCLA called the game. That's awful.

The moment it was banged you saw this rumor that UCLA held a vote among their players whether they wanted to play. UCLA QB DTR denied it. Still not something you wanna even see out there.

Bruce Feldman later denied the rumor of a vote.

Now we have this report saying UCLA was packing their shit up from Petco hours before even telling a Holiday Bowl official or any NC State people that they had no intentions of playing.

Now THAT is fucked up. That's not canceling a game, no that's straight up forfeiting because you didn't want to play down a few guys. You wanna punish teams for recruiting violations and all that irrelevant stuff? Well, lay down a goddamn hammer here. How about a bowl ban and they have to pay for NC State's expenses? Back in this past summer's College World Series NC State only had 13 total players available against Vanderbilt and still took the field against Kumar Rocker. Play the fucking game.

NC State's coach was furious yesterday getting the news.

"Felt lied to, to be honest. We felt like UCLA probably knew something was going on with their team and didn't tell anyone on our side. We had no clue they were up against that. I don't think it was very well-handled from their university." - Yahoo Sports

You gotta imagine his reaction has something to do with that report being legitimate.

I happened to be visiting San Diego last week and got a chance to tour Petco while they were transforming the park. It looked awesome and you could just tell from the tour guide's excitement how pumped they were to have the game there for the first time. If the rumors and reports are true UCLA should get buried for this. 5 hours before the game? Fuck outta here with that.