Football is back with 100% capacity which means all out brawls in the stands have returned. Suns in 4 was great, baseball fights are nice, but nothing beats a good ol' fashioned drunken NFL fan brawl. Last night we got a doozy in LA with some crystal clear footage. I feel like usually we get some shaky footage that's hard to make out but this was crystal clear so shout out to whoever was behind the phone. That's the real MVP here.

First thing's first...none of this happens if not for this woman in the white hat on the right. 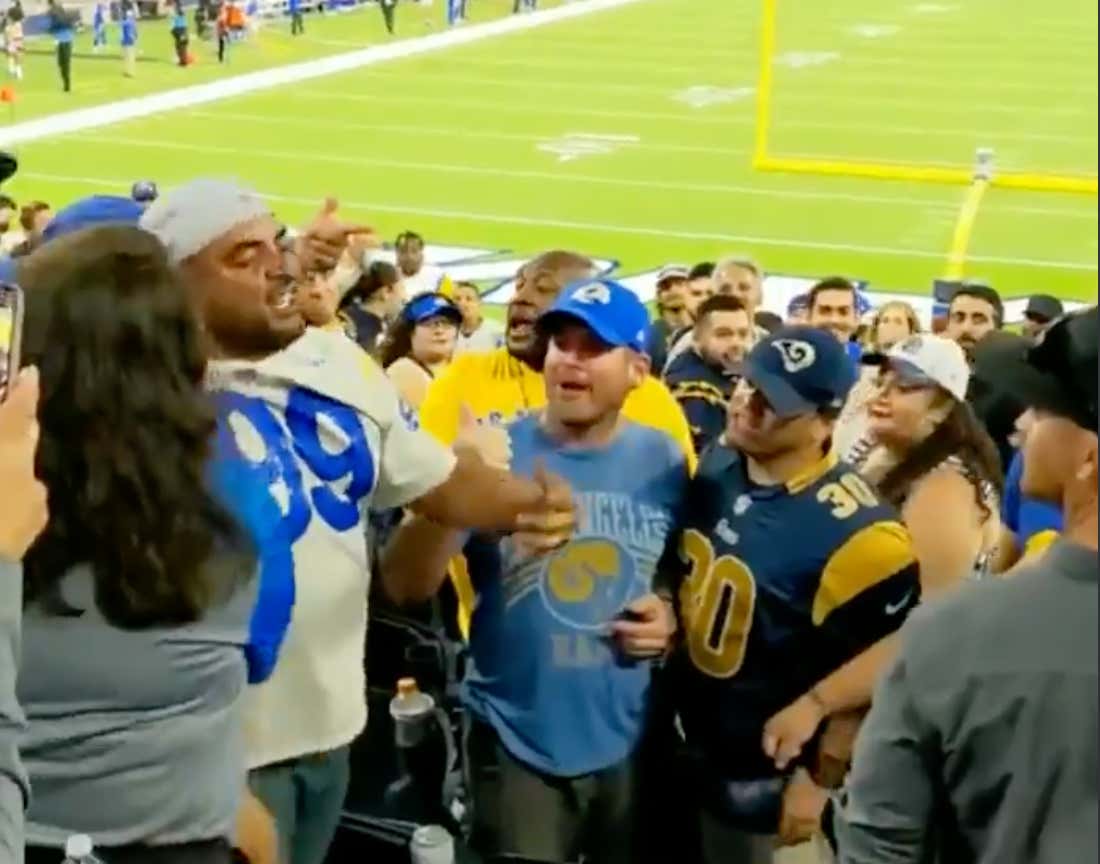 You see that blue drink being raised in the air? Oh ya that's her and that drink is about to be hurled at this dude in the Aaron Donald jersey just as he's walking away. 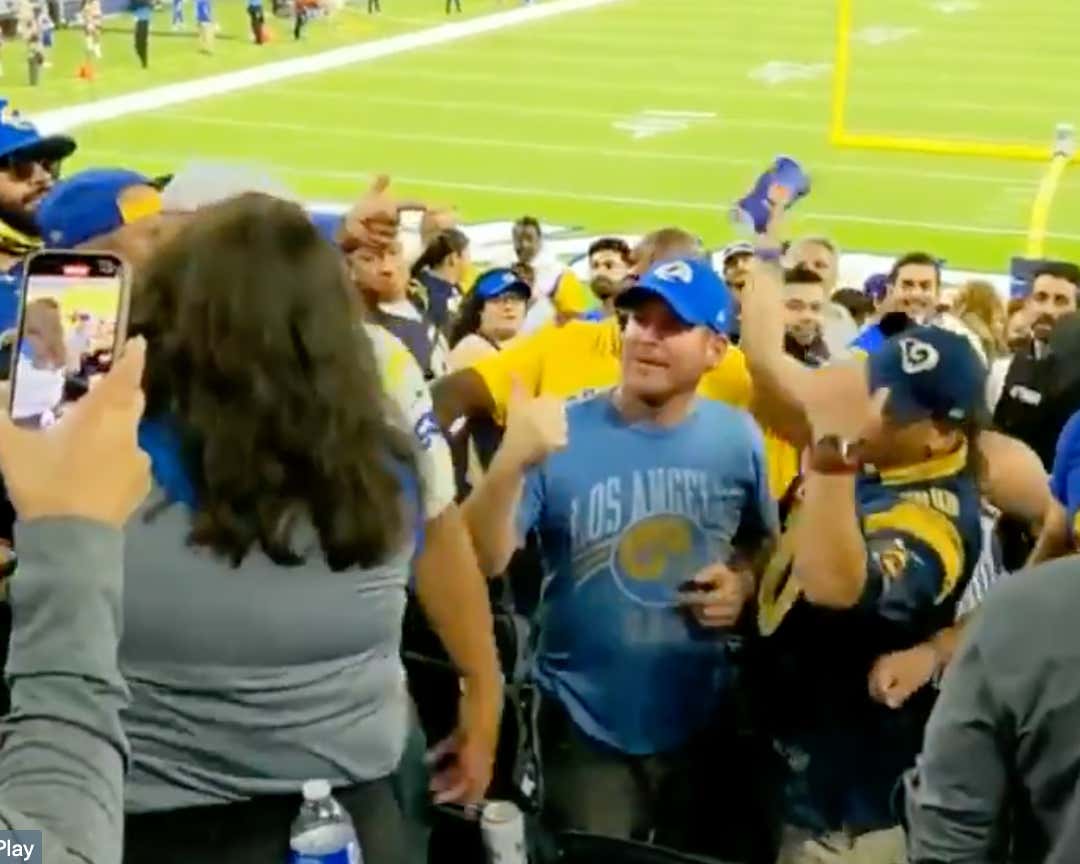 Let's go the reverse angle for a better look!

What follows here is something I've honestly only seen in an episode of The Three Stooges…the multi person slap.

This motherfucker thought he could take out 4 guys in one backhand like he's Ric Flair or something. Gotta give him credit for thinking he was as strong as Aaron Donald just by putting on the jersey, but that 4 man slap did nothing but anger everyone in the section. In just a matter of seconds this dude is shirtless, getting ransacked by everyone in the area. Nothing like a big asshole thinking he can take everyone on only to have the fight turn against him in the blink of an eye. Reminds me of that bizarro world 3 on 1 UFC fight.

Back to the action, it sure was a curious move by Goff to go with the ol' butt punch. I'm no fight expert but you can't be going with ass punches in a brawl like this. I mean what are we doing here? 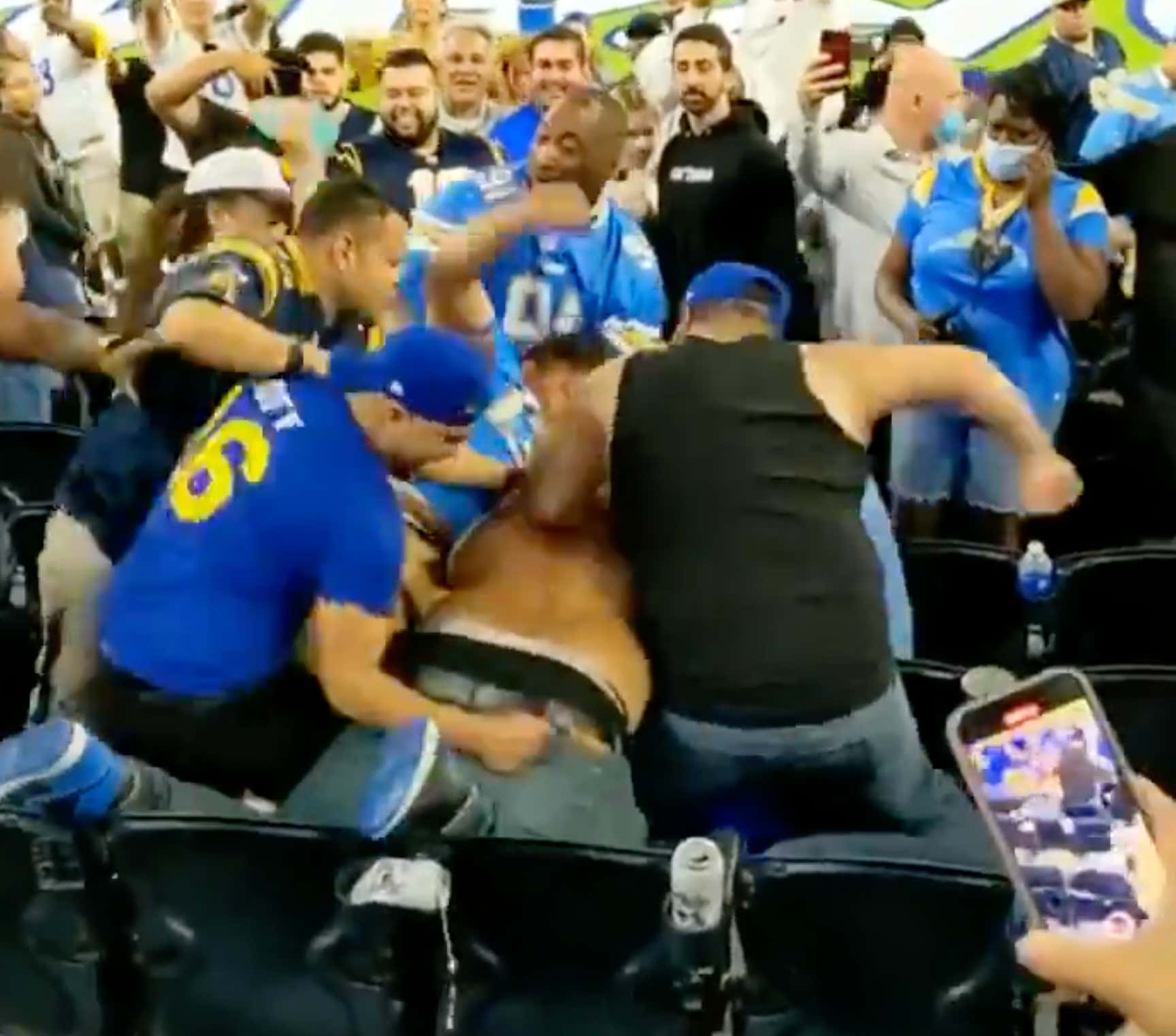 Oh look who it is again in the white hat. She found another drink to throw. Haven't you done enough, lady! 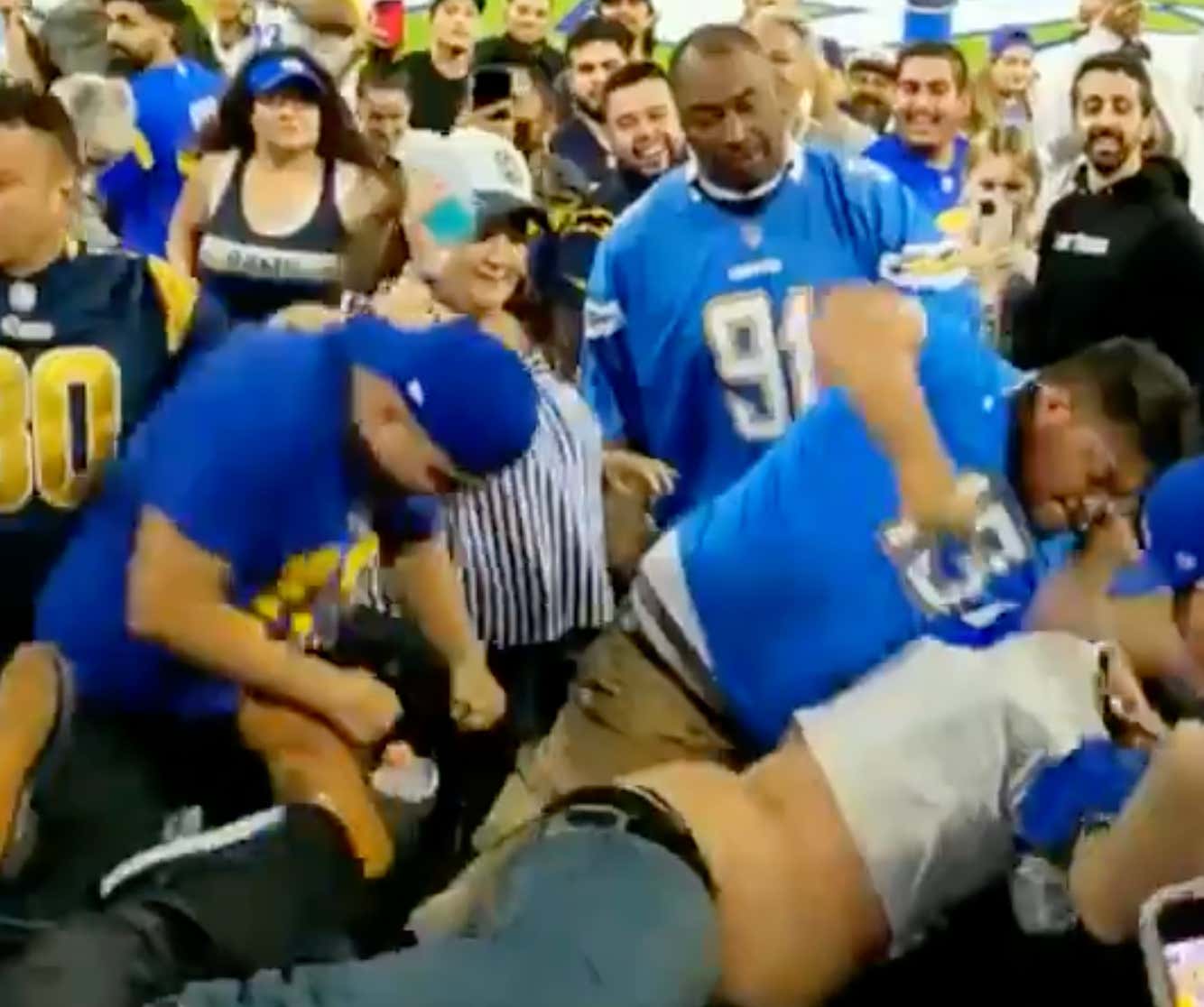 I also need to know everything about this man's life story. He couldn't give two shits about this fight. The most unimpressed/get me the fuck outta here face I've ever seen. King. 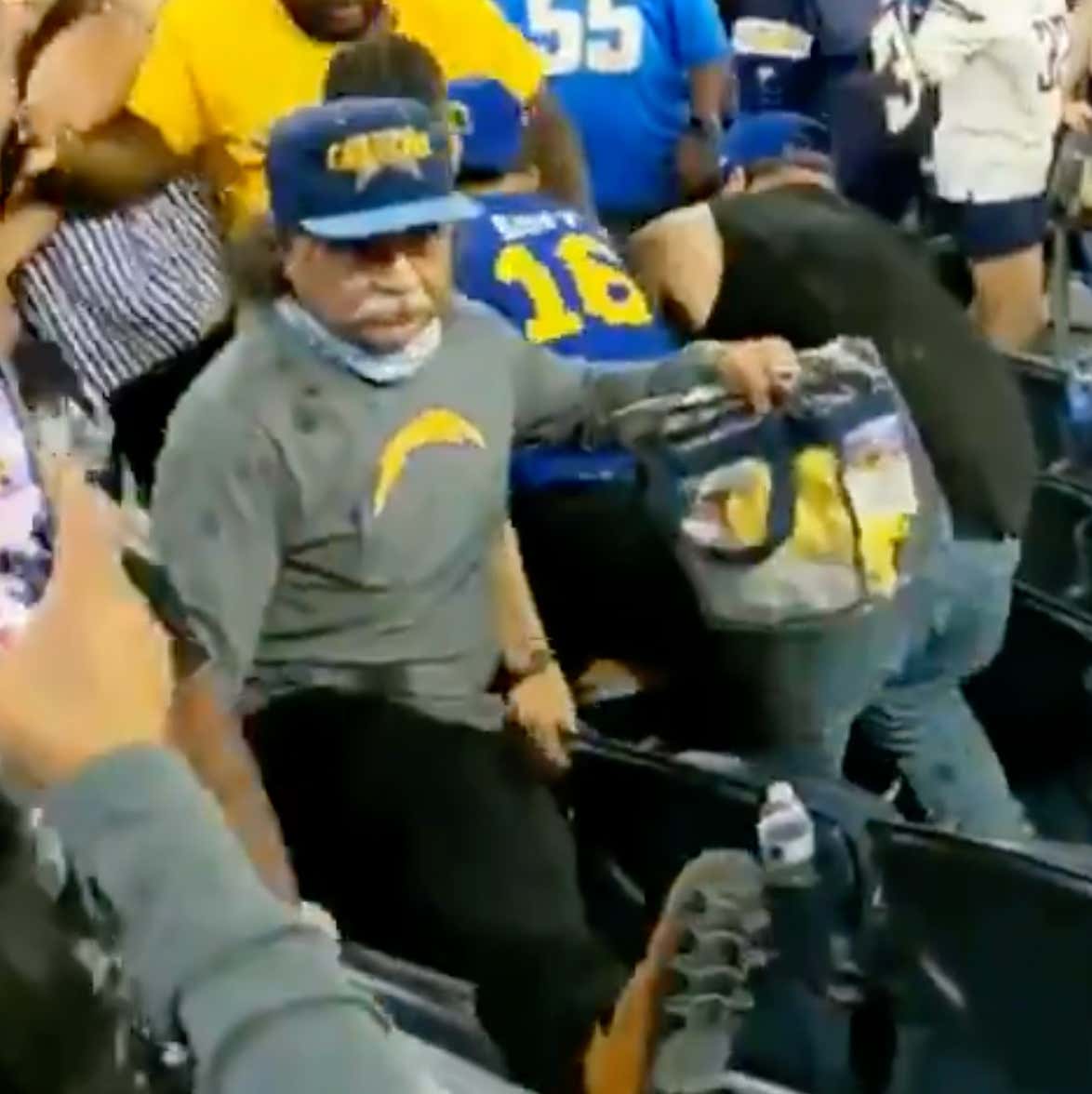 What's important is that football is back. Multiple stadiums housing fans for the first time ever in LA and Vegas. We're going to get a whole lot more of these fights and I simply can't wait. Happy Sunday.