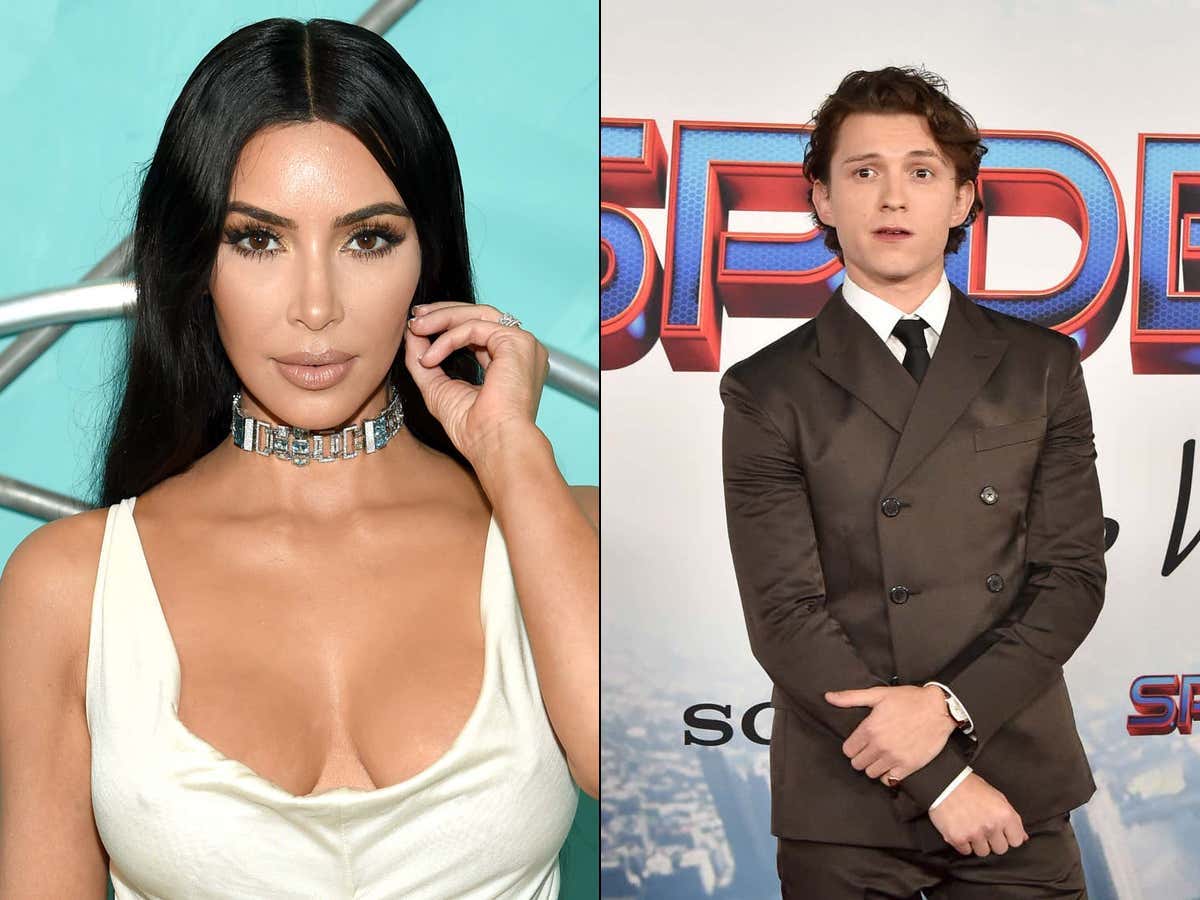 Avoiding spoilers for a big movie this day and age is like walking a goddamn tight rope with fire and lava beneath you. We're a little less than two weeks since the highly anticipated Spider-Man: No Way Home blockbuster made its debut in theaters. Since that moment it has grossed over a billion dollars, becoming the first movie to do so since 2019. For me personally, surviving until the morning after its release to see it myself was hard as shit. Twitter, TikTok, and YouTube transformed themselves into virtual minefields that you had to engage with serious caution. You were best avoiding anything and everything until your showtime arrived, but man is it hard to do that.

One place you don't expect to be a spoiler hot spot is Kim Kardashian's instagram story. You wanna maybe get a glimpse of Pete Davidson's hog? There's a chance Jenner orchestrates that to drop on Kim's IG for a few minutes. Spider-Man spoilers? I mean what are we doing here?

Kim K decided to flex Monday night and watch the film in her own personal movie theater #relatable. As she reached the conclusion of the film she decided it would be an opportune time to brag that got a hold of the movie and was watching. In doing so she dropped a massive spoiler that would piss you off if you hadn't seen it yet.

Spoiler alert. Don't continue reading if you haven't seen the movie yet

Okay last chance, one more gif and you had your shot

You thought the Green Goblin was the villain of the movie? Nah, in comes Kim K busting down the door with double birds to the little people out there. Now is this as bad as LeSean McCoy spoiling Tony Stark's death the fucking day Endgame came out? No, but there are plenty of people who haven't seen the movie yet. Maybe they've been on vacation since this is a lot of peoples' time off from work? Maybe with the recent surge of covid they were spooked into making their way to the theater? Not everyone can get the copy of the film delivered to their door step to watch in their own home. Naturally people are furious.

That last one came with some true hate

At some point enough time passes for a spoiler to be a spoiler anymore. Less than two weeks following the release is not enough in my mind. With something this big (even if it was all but expected by fans of Marvel) you gotta wait til they start doing press for that moment to start posting on social. Otherwise you are walking down a very dangerous path. I'm sure Kim doesn't even understand why a movie being spoiled is a big deal, but when ya got 273 MILLION followers on Instagram maybe keep posting about your perfume line and not the biggest movie in the world.