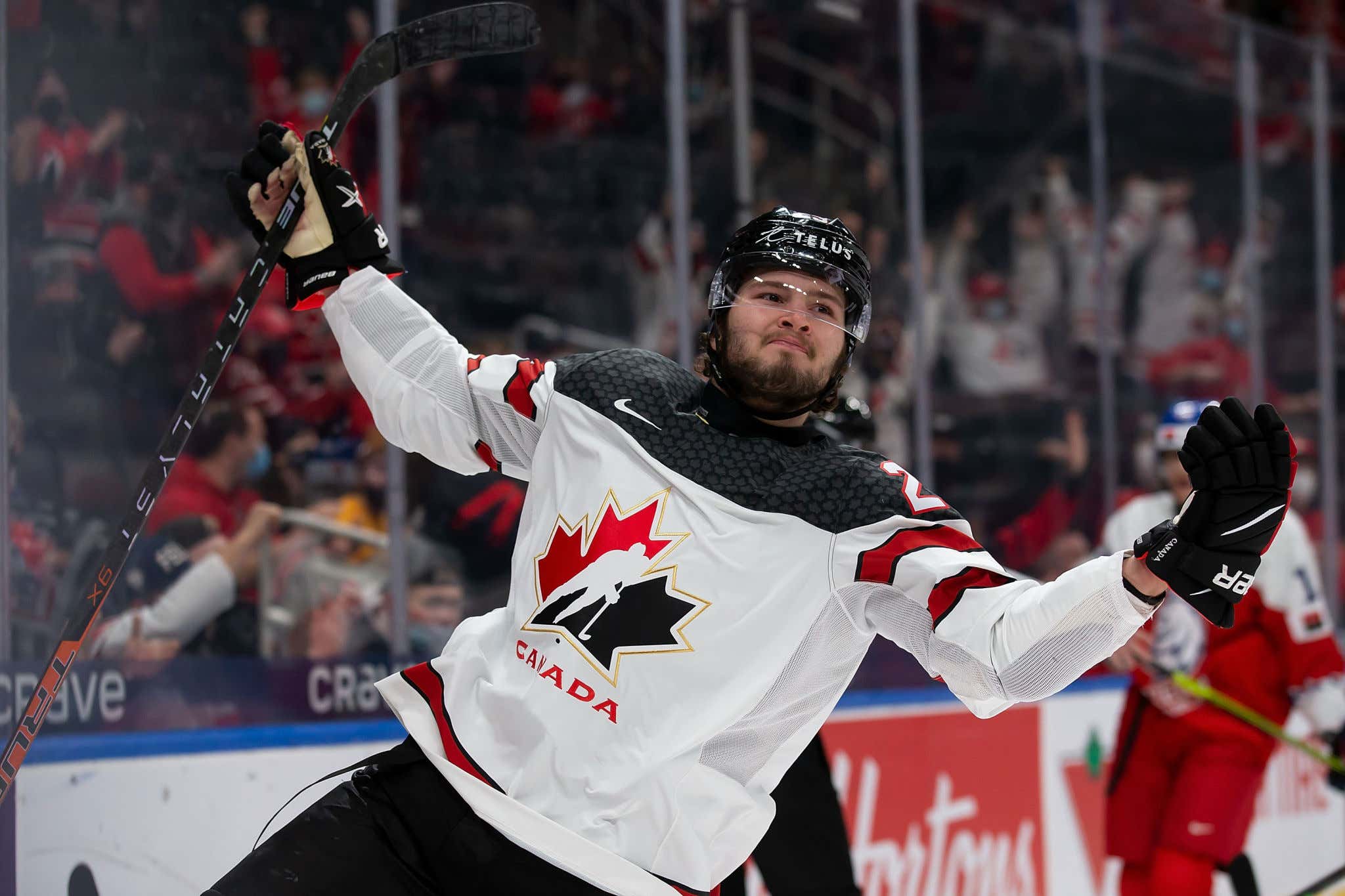 Boxing Day has come and gone and we're already 4 games deep into the 2022 World Junior Championships. And if there is one thing that the first 4 games of this tournament have shown us, it's that the top 6 teams in this tournament are exactly who we thought they were.

Canada is a wagon. Sweden is a wagon. USA lost a ton of talent from last year's team but can still put themselves in positions to grind out wins. Russia can either be great or they can be terrible and there's really no inbetween. Finland is going to be fine in their group but getting out of the quarterfinals will be a miracle. The Slovaks aren't going to go down without a fight. And same goes for the Czechs. It's only one game for each of those teams but it's pretty clear Canada and Sweden are going to be in a tier of their own, the US and Russia are right there below them, and then Finland/Slovakia/Czechia can all be a pain in the ass on the way to a medal game.

Before we get into yesterday's games, here's the schedule for later today. Not any major games on deck for today but Russia has a chance to get their horses going with a game against Switzerland. They looked pretty all over the place yesterday against Sweden, so this is a game where they can get themselves on track. 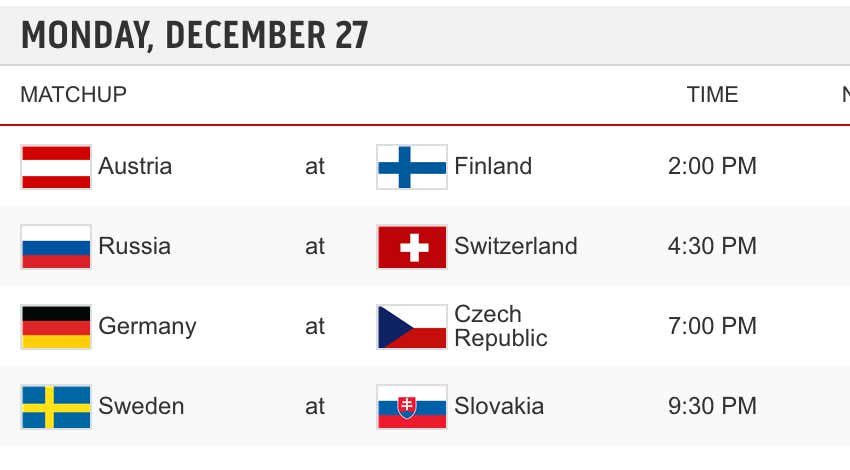 There was never really any moment of this game where Finland looked like they were in total control. That's either a good sign for the German team, who came into this tournament without any of the top tier talent they had in the previous couple of tournaments. Or it's a bad sign that Finland doesn't quite have the same skill they've had recently to put teams away. The whole game was pretty tight but luckily Brad Lambert (2022 Eligible) was the best player on the ice yesterday and he was in a blue sweater. He had 2 assists on both Samuel Helenius (DAL '21) goals, and that 2nd was the dagger.

Simon Edvinsson (DET '21) already made a strong case for himself on being one of the best defensemen in this tournament. Owen Power had a hat trick for Canada so I'd imagine he's currently in the running for Best Defenseman. But Edvinsson was making it look so effortless all over the place against Russia. Whether it was this shorthanded goals or just his ability to maneuver his way out of tight situations against the Russian forecheck. He's huge, he's smooth, and he was always the best player on the ice every shift he was out there.

Now the two major difference makers in this game besides Edvinsson were 1) Sweden's special teams. They had 3 powerplay goals and then that Edvinsson shorty. If you keep giving chances to a team like Sweden who can move the puck so well on the powerplay and then has weapons like Alexander Holtz (NJD '20) to put the puck away, they are going to end you. And they'll be merciless.

And then 2) Yaroslav Askarov (NSH '20) continues to struggle in this tournament. Whether it's being bizarrely weak with the way he holds his stick or just getting rid of any advantage his size gives him in net, Askarov hasn't looked like one of the best goalies in this tournament for the past 2 years. He got yanked to start the 3rd period after giving up 3 goals on 16 shots. So either that will be a wakeup call for him moving forward, or Russia is going to be in trouble between the pipes this tournament.

Nobody in this tournament looks like they're a man playing against a bunch of little boys quite as much as Mason McTavish (ANA '21). We knew he was going to dominate this tournament after spending his 9 games in the NHL with the Ducks. But it just looks so easy for him out there. Bigger, faster, stronger. That goal represents everything that Canada wants to accomplish this year. And at first, you figured this was going to be a good ol' fashion dick kicking. You figured it was going to be just like last year's tournament where Canada hadn't trailed at any moment until that gold medal game against the US. But then the Czechs decided to pour it on real quick.

They popped in 3 goals in just under 5 minutes and this nasty move from Stanislav Svozil (CBJ '21) looked like it could have been a dagger. The only issue, though, is that there was still a little over 7 minutes left…in the 1st period. The Czechs nutted way too quick in this one. And after a quick timeout, Canada immediately came back and scored the last 5 goals of the game. Owen Power (BUF '21) had 3 of them.

A lot of all-time great defensemen have suited up for Canada at the World Junior stage. Owen Power is the first and the only Canadian defenseman to ever score a hat trick. Pretty decent.

By the way, Connor Bedard (2023 Eligible) started off the game as the 13th forward for Canada. After a couple of shifts in the 1st period, he immediately made his way up the lineup and became a regular in the top 6 of this insane forward group. Not bad for a 16-year-old. He also picked up an assist on Canada's 3rd goal to tie the game right before the end of the 1st period.

Everything you need to know from the US game can be seen here from the Live Blog.

USA played a great first 2 periods. About as well as you could possibly ask for them to play. They were fast. They were working to get to every loose puck. They were defending well. Then things started to get off the rails in the 3rd period, but luckily they did enough good things in the first 40 minutes to hang on to the win. It also helps when Drew Commesso (CHI '21) plays like a total stud in net the whole night.

By the way, Logan Cooley (2022 Eligible) might do enough this tournament to play himself into a top 3 pick in this upcoming draft. He was very noticeable all night as the only underage skater on USA's roster.