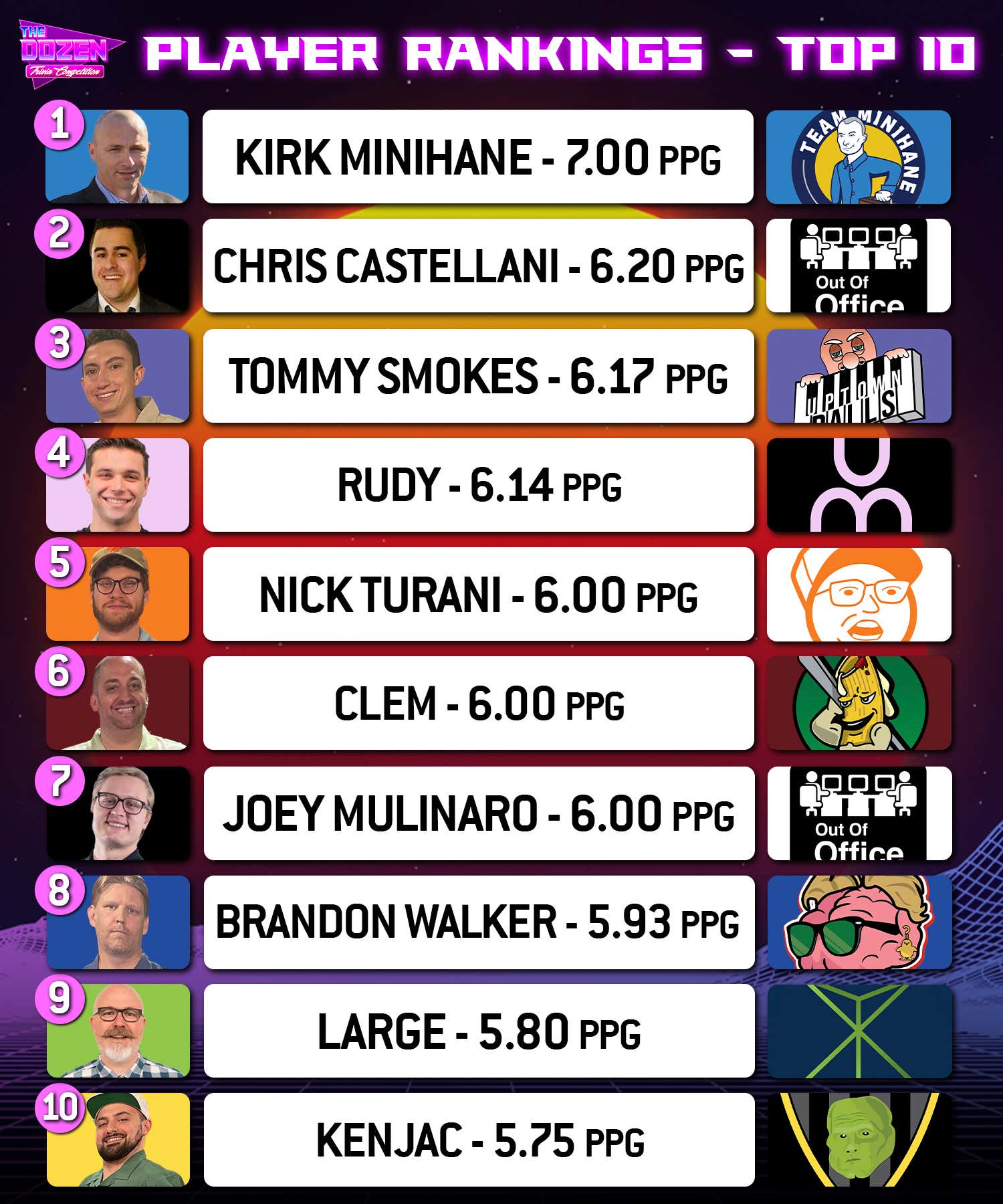 Not much of a surprise here, to be honest…

It is worth noting that points are all determined by our scorekeeper (Tyler Goochman). Just because two players on a team average 6.00ppg, doesn't mean the team averages 12.00ppg. While Brandon & PFT are known for fighting over "who gets credit" for an answer, multiple players can be credited for points on any given question, which is why I said Chris Castellani & Joey Mulinaro overlap each other quite a bit on Out of Office.

Here are the full rankings… 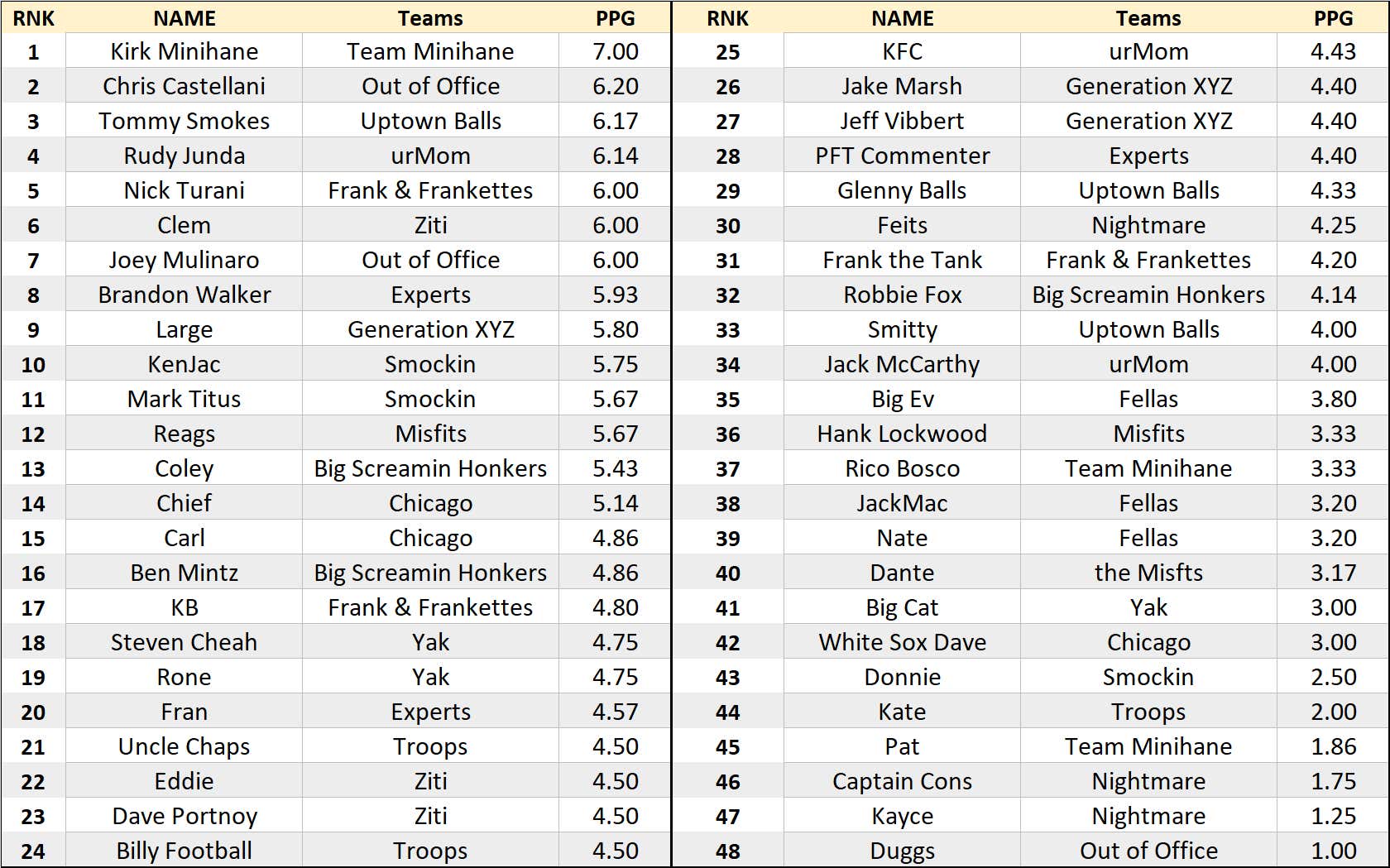 …and the rankings sorted by team… 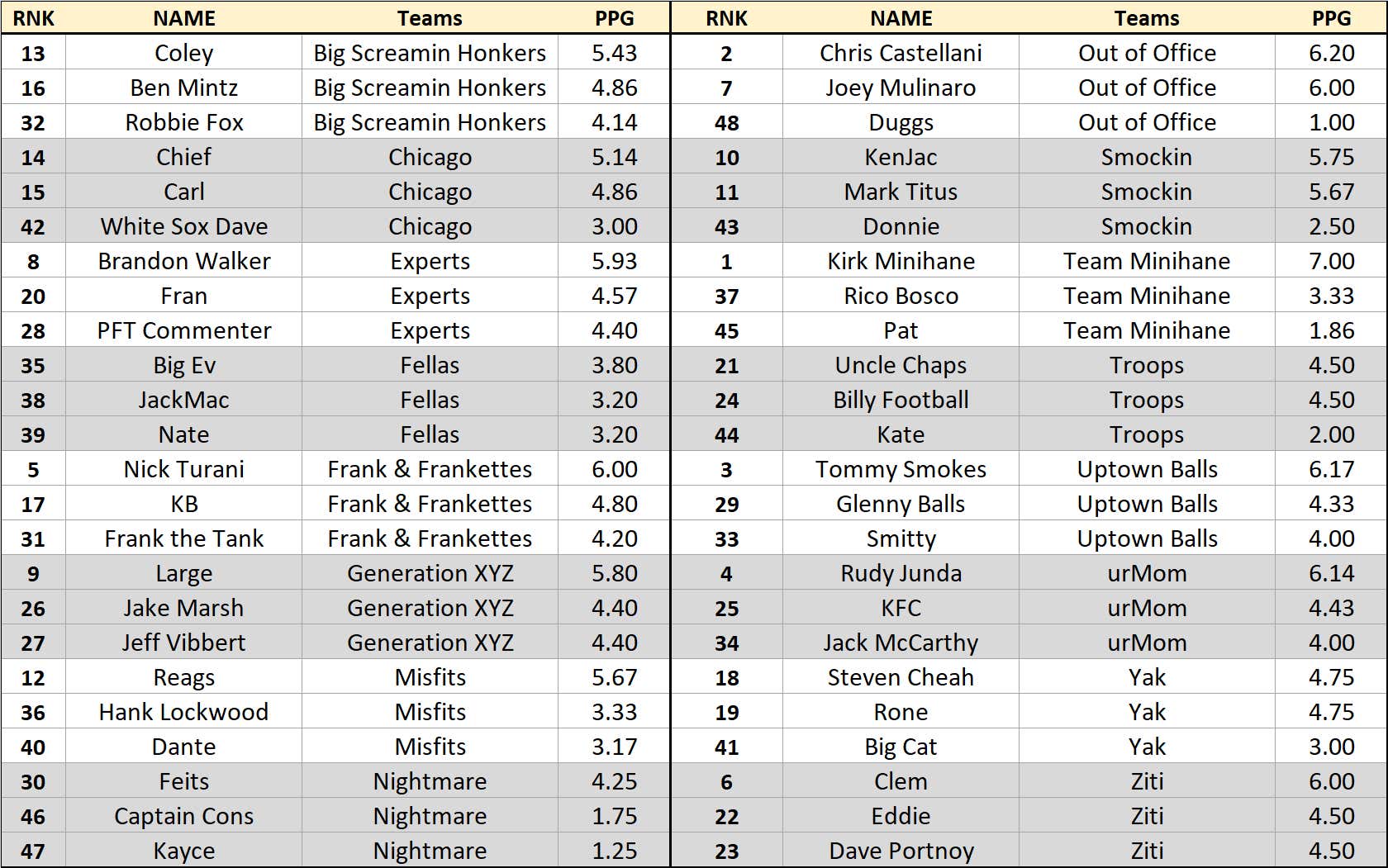 A few things stick out at first glance:

Speaking of, here is the bracket for The Dozen: Battle for Arizona… 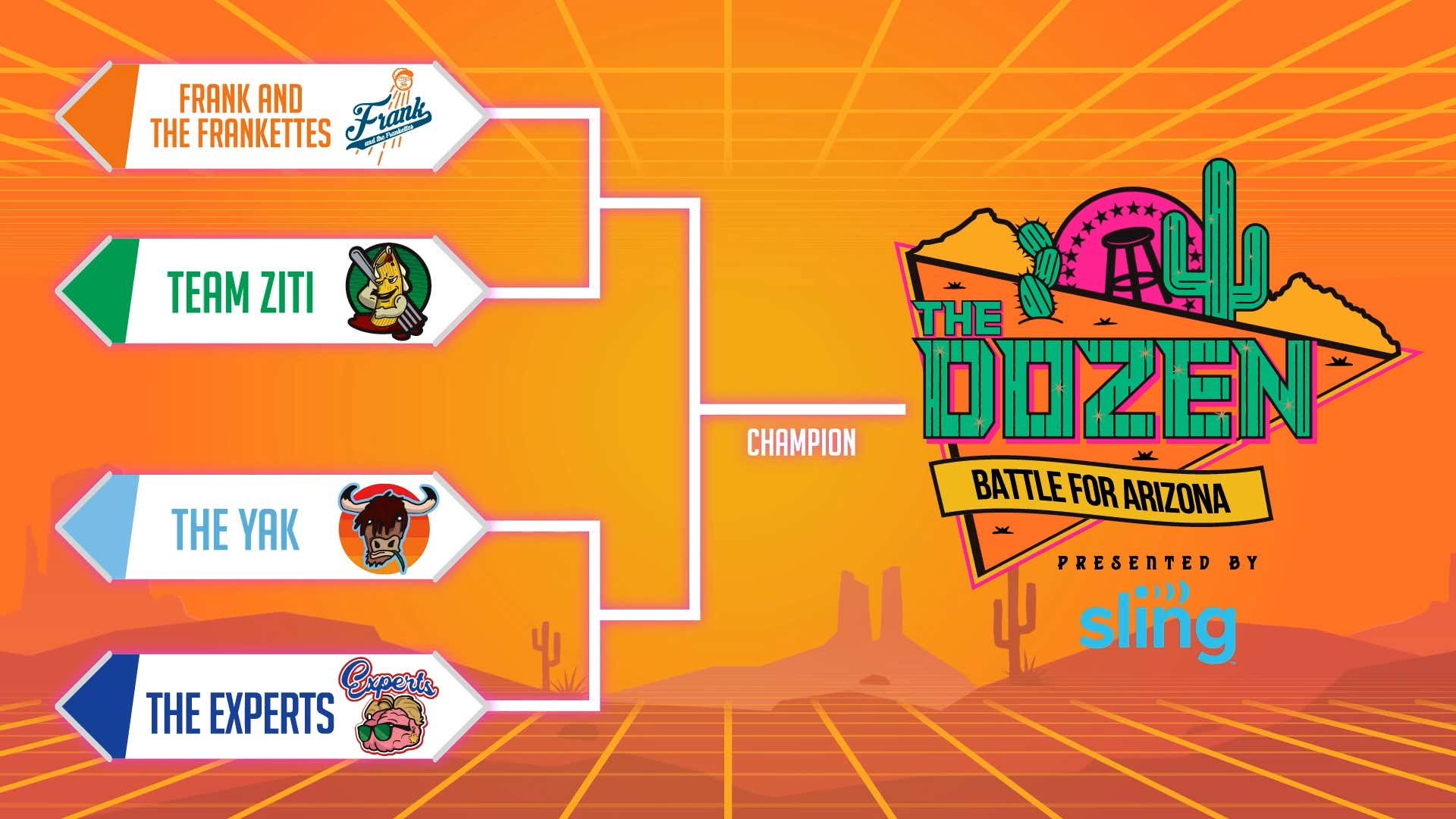 These matches will air in the first week of January.

Make sure to vote for the latest FAN RANKINGS…

…and watch the most recent match!