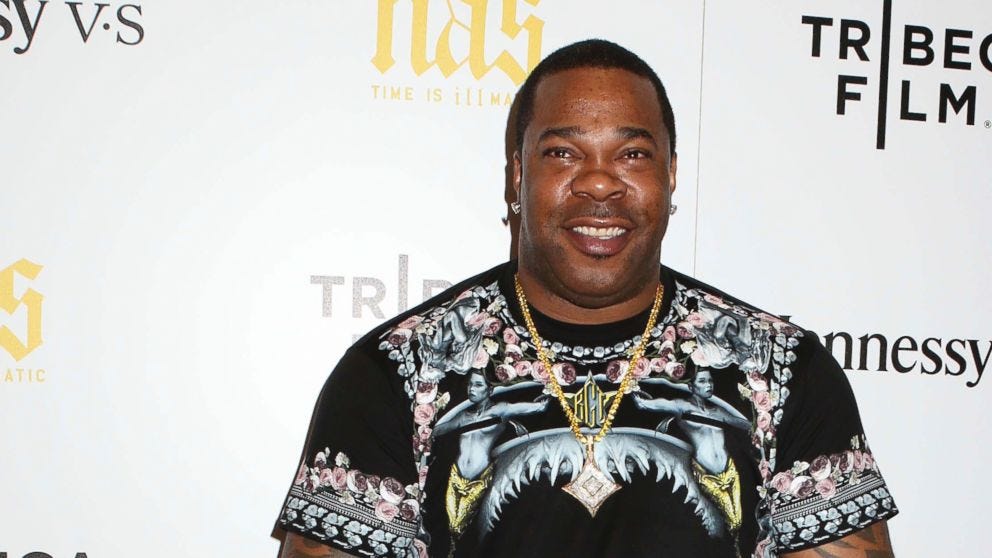 A spokesman for the New York Police Department says the Brooklyn-born rapper and the worker had been involved in a dispute that escalated. He says Rhymes allegedly threw a 17-ounce cardboard container of strawberry protein drink at the man, hitting him in the head. It wasn’t immediately known if there were injuries.

Okay first and foremost, what in the hell is Busta Rhymes doing drinking strawberry protein? I get that it’s a delicious flavor. I get that it’s nice to switch things up a bit instead of just going with chocolate or vanilla every time. But still, strawberry is probably the least likely flavor I’d imagine Busta Rhymes to be slugging down. And from the looks of it, it seems like he’s been doing nothing but chugging entire tubs of Muscle Milk in one sitting. BULKING SEASON, BABY.

Now as for the arrest itself, this is what’s hot in the streets these days. If you’re a rapper from the 90s and you’re not getting arrested in some gym related incident to gain more exposure, then what in the hell are you doing? We saw it a couple months ago when P. Diddy attacked his son’s football coach with a kettlebell. And now we have Busta Rhymes hitting some poor gym employee right in the dome with protein mix. What happened? Busta set off the lunk alarm and this little shit dick decided to give him some lip for it? Listen up, ya little twerp. This is the man who gave us “Gimme Some More”. This is the man who gave us “Woo Ha”. This is the man who gave us “Light Your Ass On Fire” for Pete’s sake. If he wants to make the gym and everyone else in it his bitch, you let that man make the gym his bitch. Also, it just so happens that Busta Rhymes has a new album coming out later this year (E.L.E.2) sooooo yeah, way to get yourself back in the spotlight right before the album drops. That’s how it’s done son. Now DJ, run that shit back.