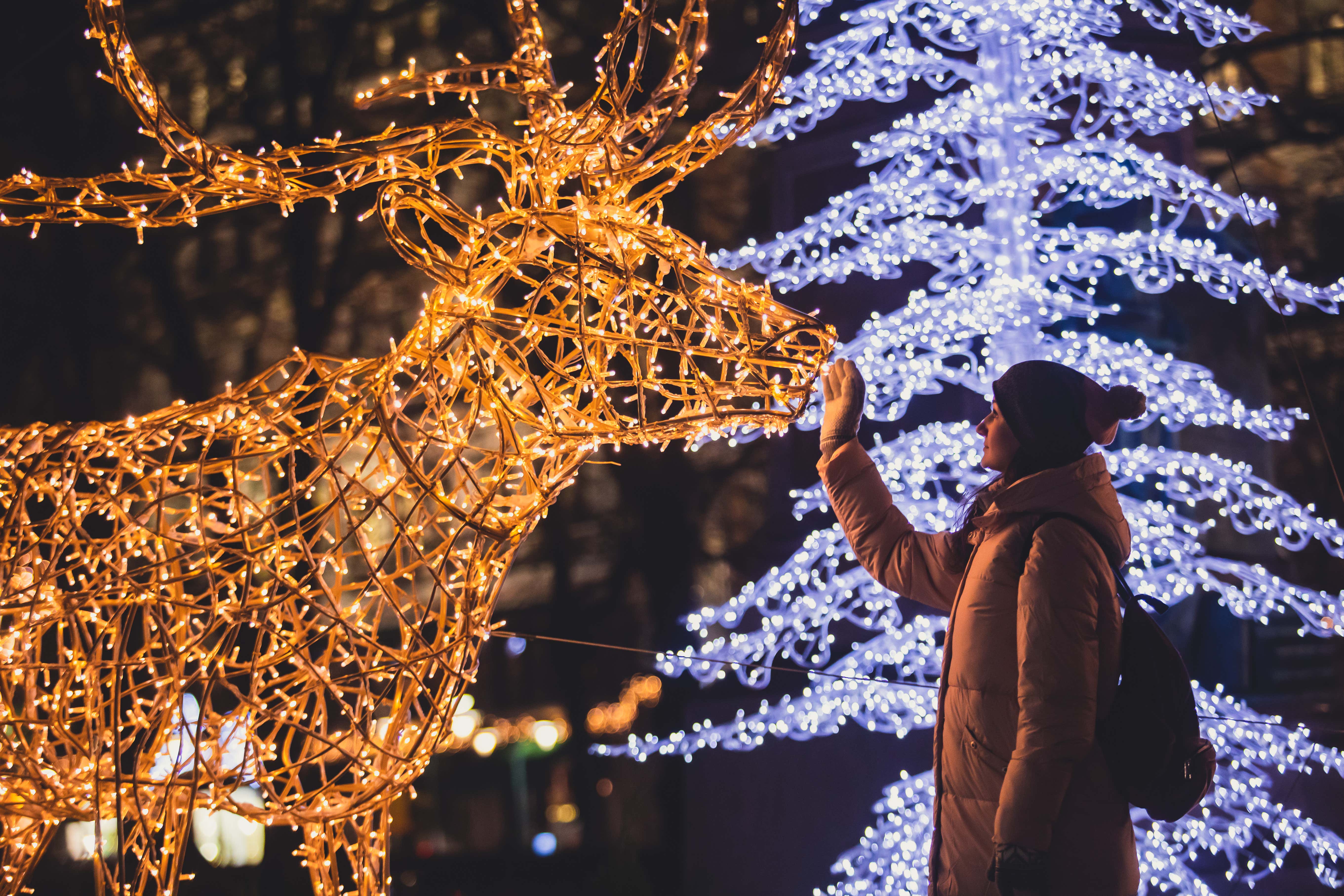 I understand completely what kind of a reaction you get when you use a phrase like "War on Christmas." It's become a buzzword that sets off a full-body eyeroll from most people. They naturally assume you're some fundamentalist crank who's about to lecture them about how we should have prayer and songs about the Baby Jesus in the public schools. That you walk around yelling "Merry CHRISTmas" to anyone who dares offer you a "Happy Holidays." And are never more than five seconds away from telling them who St. Nicholas really was.

The reason being that we've all met someone like that. People who can't get their full enjoyment out of the holiday unless they've weaponized it. Turned their favorite time of the year into a big, candy cane club with which to beat others over the head with. And then justify it by saying they're just striking a blow for … the War on Christmas.

But if you doubt the War is actually real, you'd better gird your loins because now even Nature itself has chosen a side:

Source - A troop of fat, hungry squirrels has put the kibosh on a downtown St. Paul park’s holiday lights display.

Friends of Mears Park had to forego the usual display this year because squirrels chewed through the lights’ wires last year and the vendor refused to put up with the headache and cost again this year, the St. Paul Pioneer Press reported Tuesday.

The wires, it turns out, were coated with polylactic acid, a derivative of corn sugar, an appealing appetizer for squirrels. …

Instead of the traditional display, the friends group is using a projector to create a kaleidoscope of snowflakes and base lights that bathe the trees in green and blue.

Fat, hungry squirrels are doing what fat, hungry humans do to shopping, dining, traveling, theme parks and our health care system. Which is ruin everything for everyone else. Now a major American city is being forced to look at a lame display of projected, LED snowflakes like they're living in some hellhole.

I'm not going to pass myself off as an expert in either Christmas displays or rodent removal. Though my house does look spectacular every year and I have killed dozens of varmints over the years, so I can promise you not a creature will be stirring around here this night before Christmas. But if these filthy buggers can chew through wire, why not simply leave the lights plugged in 24/7? A couple of deep fried squirrels later, and your problems are solved.

Failing that, instead of coating the lights in delicious, corn syrupy goodness, why not spray them with rat poison before you put them up? Boom. Problem solved. I just saved Christmas for the good people of the Twin Cities.

Then in the meantime, maybe we can figure out why we're in the middle of an animal uprising. Between anti-Yuletide tree rats and monkeys revenge-murdering puppies by the hundreds:

… it's like the "The Happening." And mankind better get its shit together in the new year or one group of these furry little creeps or another is going to be the dominant species on this planet in short order. So enjoy your Christmas, if that's still possible. It could be our last.