7 Downs/5 Kills with the Combat Bow in ONE solo game of Warzone. That's gotta be a record - self proclaimed world record until I see it disproven!

This gameplay was all part of my craziest Warzone win ever, I dropped 22 kills and the plays I had to make in this game to win were insane!

I trimmed this video down as much as possible so it's completely action packed.

I've been enjoying Caldera more than anyone else! Here how my stats have shaped up after 2 weeks on the new map: 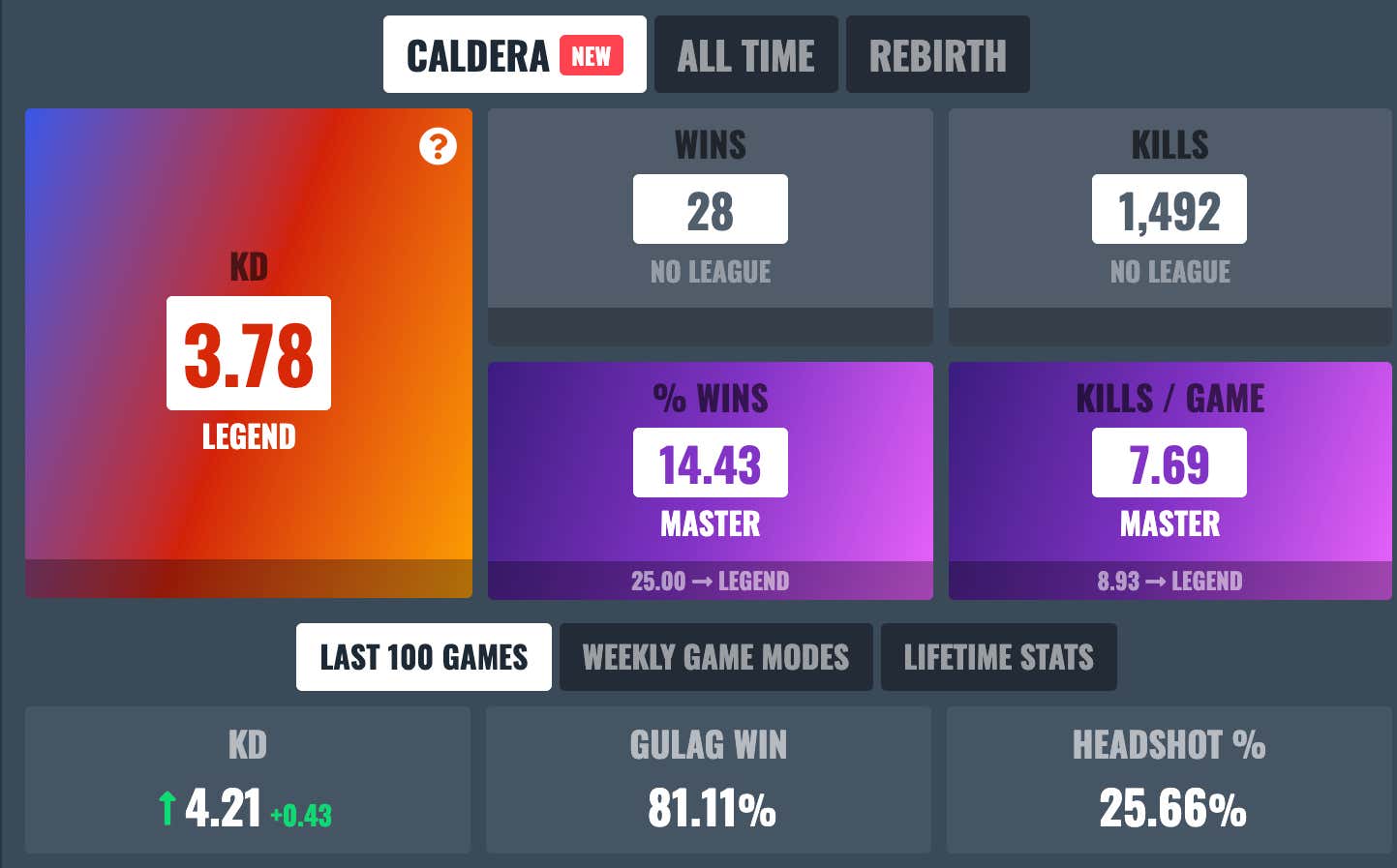 Tomorrow, I'll be releasing my guide to solos! The best tips and strategies that I use to help me get solo wins. If you never play solos, this will still be a great video to watch and learn how Caldera strategy is wildly different from Verdansk strategy.

Sub to the channel here!