This might have been the most fun I've had recording an episode so far, which is saying A LOT considering the past 6 guests we've had.

And we hit it off so well, that the guys, Chris and Preston, hit us up afterwards and invited us to their record release party in Tampa.

One of their managers, who helped put the event together, Troy Carnrite, just so happens to be a good buddy of mine, and financial advisor for Gronk. So I hit him up, made sure it was ok, asked if we could perhaps film an episode of Backstage, and got the greenlight.

So my co-host from "On The Guest List", Colin and I headed down to Tampa Bay.

Immediately upon walking in we bumped into Mojo and Gronk 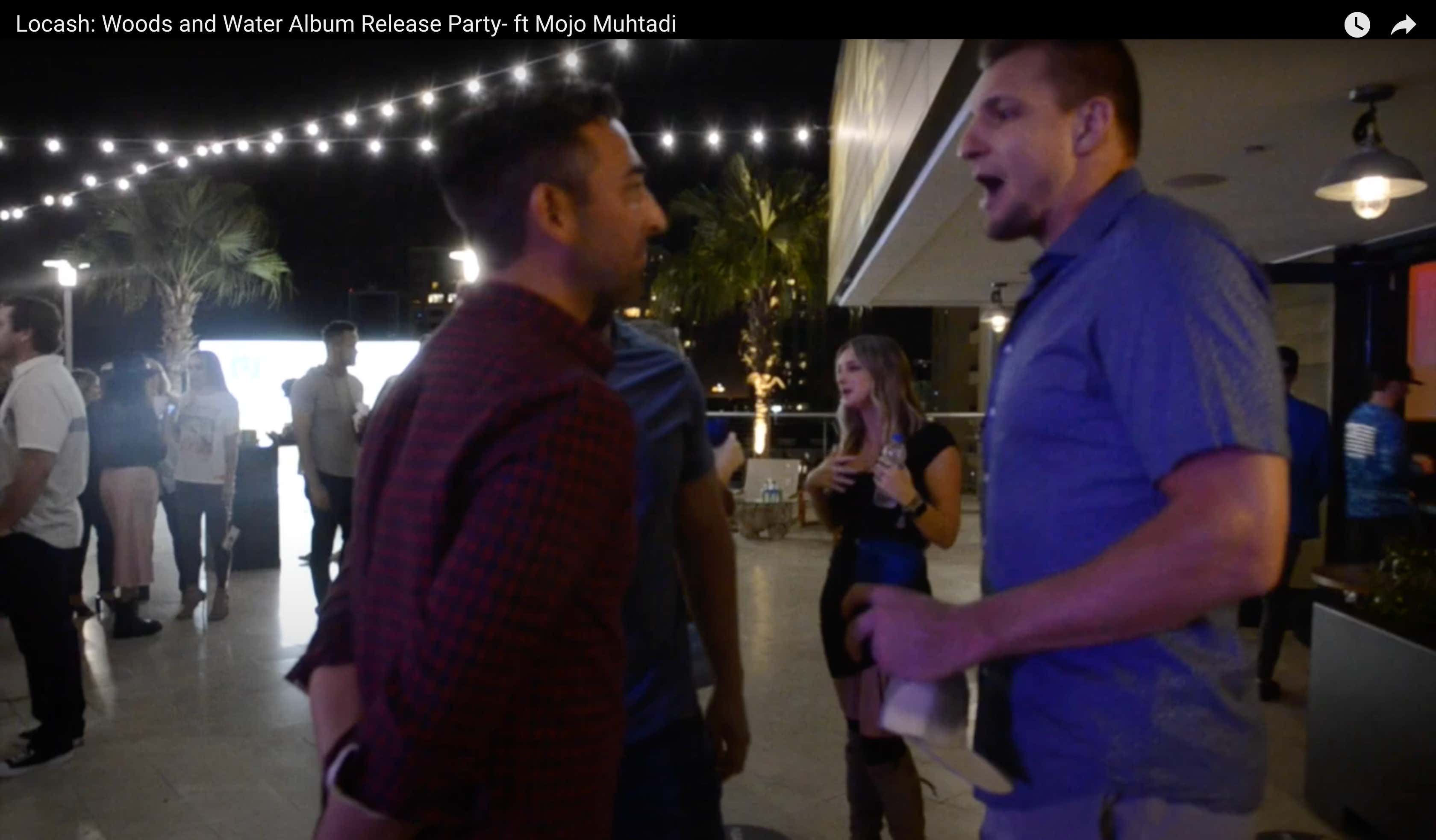 And the night was off and running.

As we talked about in the interview with Chris and Preston, the night couldn't have been better. It was a beautiful fall Florida night, on a swanky rooftop in Downtown Tampa, with a bunch of industry movers and shakers. It was a great time had by all, and a great crowd, but far from rowdy. But that didn't stop Locash from bringing it.

They put on an AWESOME show and debuted a bunch of their new songs.

One that caught my ear right off the bat, as soon as they started playing it, was "Beach Boys"

For obvious reasons, the catchy lyrics caught my attention, but the sampled hook really made me wonder "how the fuck did these guys clear this?".

Well I got to ask them when we sat down later in the night for the interview.

I also got to talk to them about their past careers coming up starting out as DJs, and how they crossed paths.

Chris and Preston are a fucking riot, and sadly, we had to edit out over half an hour of stuff because the suits would not have approved. (Sadly, that's what took this thing so long to produce. I'm bootstrapping this thing myself, and Colin works like 6 jobs so it took a while.)

You can check out Locash's new EP, "Woods and Water" on Spotify

If you have an artist or group you'd like featured on Backstage, reach out to me at dante@barstoolsports.com.

Check out our past episodes below -