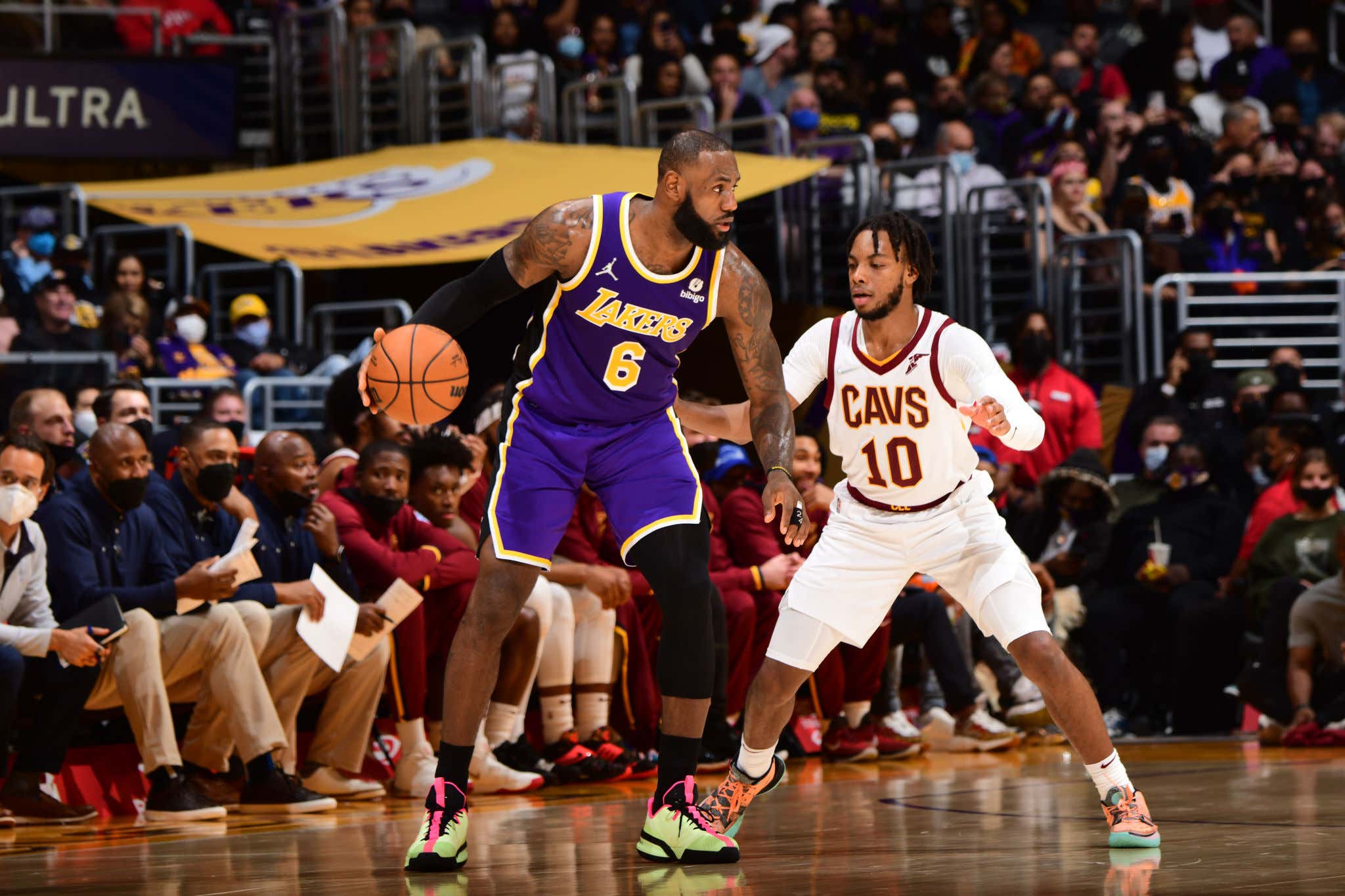 Coming off a 108-90 Lakers ass kicking, Perk took to Twitter to fire off that take/question. It's not the first time we've heard it, and lord knows Perk loves to throw shit out on Twitter regardless of how ridiculous it might be and it's why we love him. When it comes to LeBron and the future of the Lakers, it's not exactly news that they basically sold out in order to win a ring, and they did. But now what? The team is old, hurt, and underachieving. In the past, this is when you would start to expect LeBron to get a little restless. He did his part, traded away all the youth on a roster in order for more proven vets in an attempt to win a title, and he did it. If there's one thing LeBron does not do, it's stick around for a rebuild or any kind. Seeing as how he's in Year 19 (did you know that?) there's little chance he's going to want to do that while being a Laker.

You have to remember here, Perk is basically an extension of Klutch. He's cashing that Klutch check and has been for a while. A good gig if you can get it. So with that in mind, could there be any substance in his claim? I don't think you can rule it out completely. So my question is…..would the Cavs even do this?

That feels insane to say, but at the same time think about it. It would require them to basically gut their roster, and if you haven't been paying attention the Cavs are having an awesome year (current 3rd seed, 19-12) and are loaded with very intriguing and only getting better young talent. I'm curious what Cavs fans would even want in this hypothetical. Given what happened in 2016, and the fact that history suggests if LeBron is on your team in the East you're a lock to make the Finals, would they take that risk again? It's taken them so long to get back to being competitive and having legit talent up and down their roster, would you give that up for one last run with LeBron?

With no guarantees in life, I don't think it's crazy to suggest that they wouldn't even be interested given what the price would be to trade for LeBron and his $41M salary. Plus. he only has 1 more guaranteed year on his current deal. I feel confident in saying the Lakers would have no interest in Kevin Love's huge deal, so how would that even work? I can't imagine the Lakers would be foaming at the mouth to pay a currently injured Collin Sexton after this season so that rules him out from a talent perspective.

I honestly think that when you lay it all out and then factor in the current trajectory the Cavs are on, I don't even think they should entertain this idea if it costs them Garland/Mobley/Allen etc. They are positioned to be in a great spot for the foreseeable future, and I dunno if you give all that up for one or two years just to have to start back at square one. Rebuilding in the NBA is hard, it's not an exact science and sometimes it takes forever. Let's say they did it and LeBron found his way back to the Finals. Given what they would have to lose in order to make it happen, would you pick them over the Warriors or Suns? I don't think so.

But alas, I'm not a Cavs fan. So if there are any Cavs stoolies reading this blog, what would you do? My pitch would be to tell LeBron to finish out his Lakers deal and just come to Cleveland on a discount in the summer of 2023 if he's so interested in a return. If they were still struggling this year, that's a different story. But they aren't. There is real momentum building in that organization and I think long term you'd be silly to compromise that all for something that is not guaranteed.