So unless you live under a literal rock, you know that last night was #TheShave. After about two months of growing my beard out, I decided it was finally time to say goodbye. All good things must come to an end. And I felt like I had milked this luscious beard for as long as I could. So to say goodbye to this beard that took the Internet by storm, I decided to do a livestream on Instagram so we could all say this emotional goodbye together.

My promo team was working overtime and people were EXCITED to watch history. 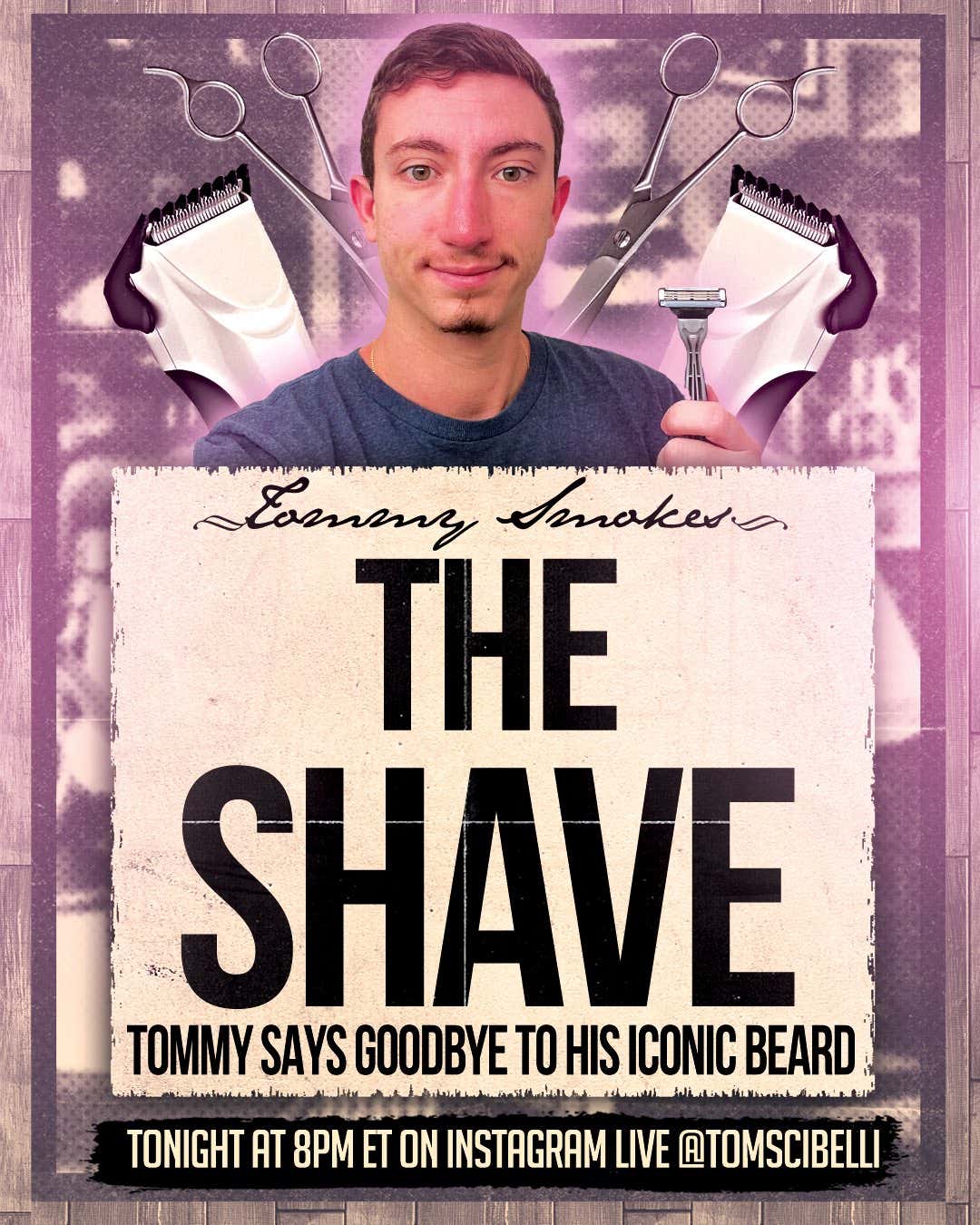 I even sent out a list of potential chants people could do in the comments of the livestream. 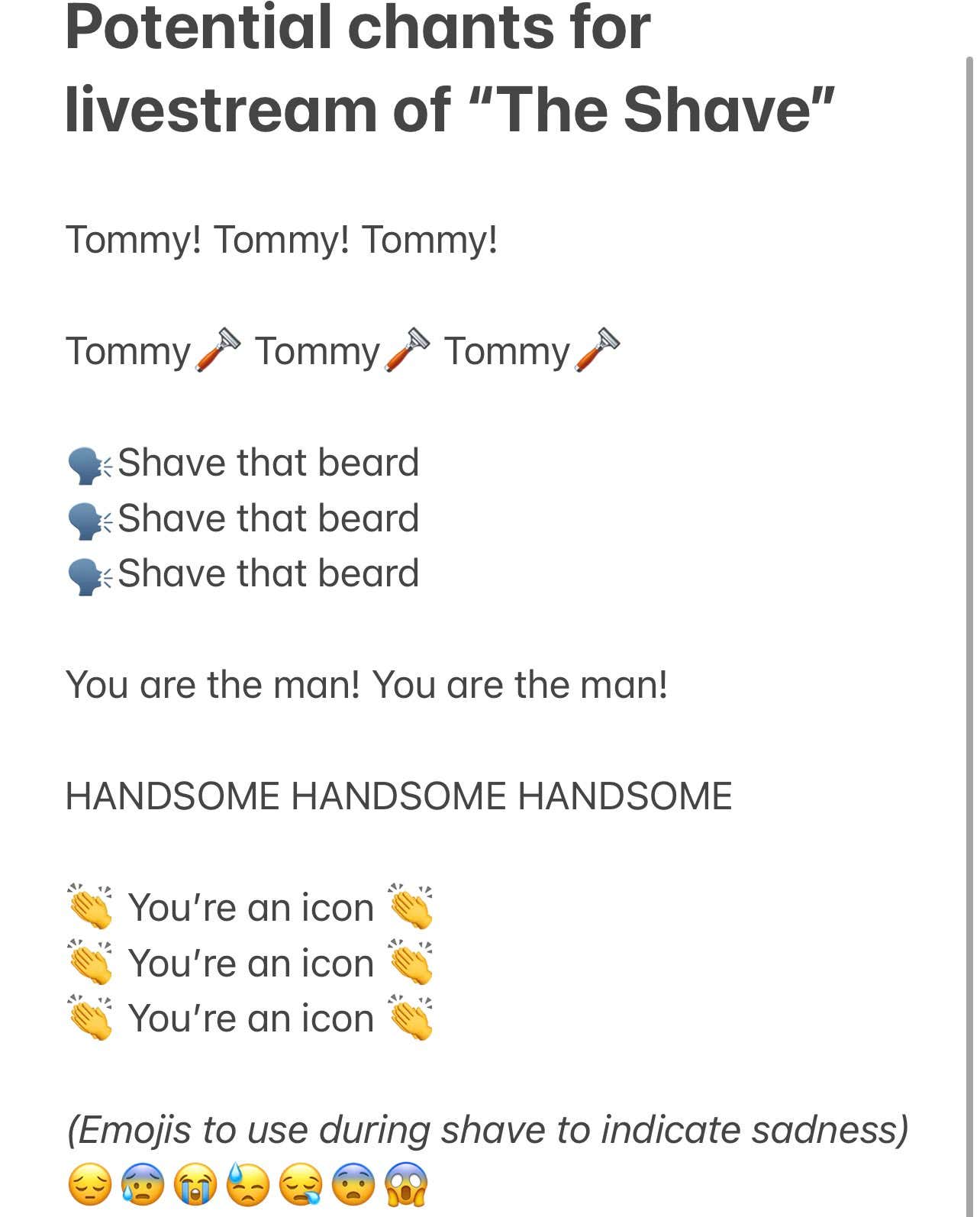 I didn't want to be a stickler or anything, but I figured it wouldn't hurt if people had some guidance of what me and my team deemed as acceptable comments.

So 8 PM rolled around, and I'll be honest, I was a little emotional. I was so focused all day on promoting this livestream that I didn't have time to properly reflect on how sad it was that I was saying goodbye to this little guy. We became best friends. Bonnie and Clyde. Batman and Robin. Tommy and his beard. We became a synonymous duo. You hear "Tommy" you think "beard." You hear "beard" you think "Tommy."

The shave started off fine, but I did nick myself in the high cheekbone region. I get stray hairs up there sometimes, and it is my typical bleed spot. So I wasn't too surprised. But when I cut myself in the mustache/upper lip region, that's when I knew I was in trouble. I don't usually bleed there. And it started gushing.

My bathroom looked like a crime scene by the time it wrapped up. Again the full replay is available at the top of the blog or HERE. And I want everyone to know this. You completely have the right to pleasure yourself on the rewatch. A lot of people find shave videos to be a form of ASMR and oddly satisfying, so if you want to jerk dick or put fingers in puss when you watch back, I'm totally fine with that. You're only human.

There's a chance I might just grow another beard because I'm too afraid to shave ever again. I got a little light headed and thought I may bleed out at one point. Maybe that was my beard's way of fighting back. Sorry buddy, maybe we'll meet again one day.